Mike Tyson reveals painkillers were to blame for his shocking appearance on Good Morning Britain, as he admits he was ‘just a mess’ during interview that saw him fall ASLEEP on camera

Former world champion boxer Mike Tyson has admitted he was a ‘mess’ when he appeared on live television during 2020 and appeared to fall asleep.

During the interview, Tyson slurred his words and dipped his head on a couple of occasions as if he was asleep. 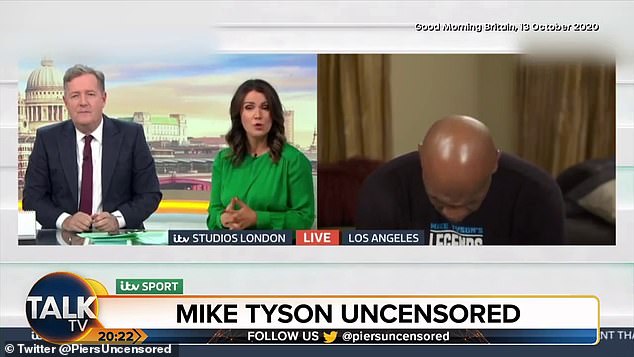 However, in an interview with Piers Morgan uncensored on Talk TV, he confirmed he was in a bad way after he had taken painkillers that had been given to him by his wife Lakiha Spicer.

When Morgan showed a conversation of the aforementioned chat on Good Morning Britain, Tyson laughed and explained what had gone on.

Tyson said: ‘Hey listen. I had hurt myself at that particular time. I was training and something happened and I hurt myself. 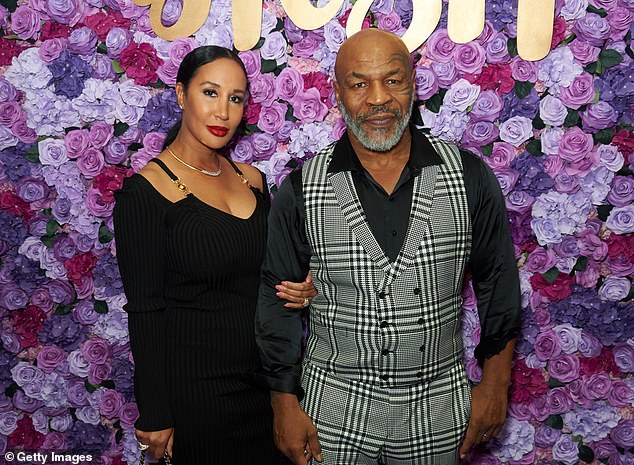 ‘I received some painkillers from my wife and after I received these I was incapable of articulating anything, it was just a mess. It was my fault everybody.’

Tyson also opened up on an altercation he had with a member of the public on a plane.

In April, he was filmed punching a man on a flight from San Francisco to Florida. 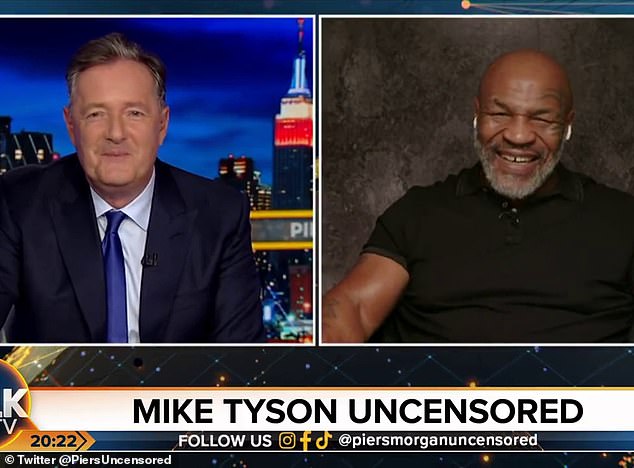 And the 56-year-old revealed he was high on drugs, having been smoking marijuana all day at a festival in San Francisco that was celebrating the drug being legalised.

He explained: ‘First of all, I came from this place called Hippy Hill, 60,000 people were there smoking cannabis.

‘So, by the time I’m on the plane, I’m hungry, high and tired ok. And this guy keeps antagonising me.

‘My bodyguard jumped on top of him and I’m hitting my bodyguard, which I am sorry [for].’

San Mateo County District Attorney later confirmed that the man would not be pressing charges against Tyson.