Meet ‘Freezy MacBones’, an amateur fighter who has been branded as Britain’s new Mike Tyson after sending social media into a frenzy with a chilling knockout.

Constant comparisons to America’s most fearsome puncher come naturally, and so they should be, it’s what he’s always wanted.

“I like it. I’m happy they call me Britain’s Mike Tyson. Let’s put joking aside, that’s what I asked for and I have it,” he told Sky Sports.

Anthony Joshua has already advised the Londoner about the best use for his concussive fists and 50 Cent, the American rap star, is a fan.

His menacing ring persona, he prefers to be called ‘Freezy MacBones’, has only added to the intimidating aura that surrounds the explosive light-heavyweight.

A quick glimpse at the social media account of ‘Freezy MacBones’ reveals a collection of startling stoppage wins and the ‘peekaboo’ fighting style that Tyson adopted during his destructive world title reign.

He has perfected this old school approach, even switching trainers after being advised to become more orthodox, and ‘exciting offers’ have been made ahead of the 31-year-old’s entry to the pro ranks.

His most dramatic audition for a lucrative contract has already come in the form of a viral knockout clip.

A ‘trial fight’ had been arranged by a promotional company, but potential sparring partners were scarce and ‘Freezy’ refused to shy away from the most formidable opponent in the room.

“There was a heavyweight guy there, big guy, tall guy. I went, ‘Can I spar the guy there?’

“The guy was waiting for his sparring partner and he didn’t turn up.

“Everything was cool until he hit me hard.”

Swarming into range, a flurry of punches sent his opponent toppling to the canvas, fortunately avoiding injury. Tyson would have given a knowing nod, had he watched footage of the knockout which swiftly circulated around social media and even gained the approval of 50 Cent.

“A week later I’ve seen the video, 50 Cent, Mayweather, everyone was posting it. It was crazy.

“Everyone was asking, who is this guy? That’s how it happened.”

“A lot of criticism comes to you. How did this guy lose six? He’s not Mike Tyson, he’s not that.

“Amateur is a foundation. It’s the foundation of boxing before you turn pro. If you don’t have any amateur record or history, how can you become a good boxer?

“I use my losses to motivate me to become who I am. It makes me savage, an animal.”

There’s a tender side to the budding Tyson, who offers free training sessions to his local community, and has acquired culinary skills during a spell as a kitchen porter.

Early defeats were unashamedly greeted with tears from a raw talent, who only began boxing four years ago after arriving from Ghana in 2012.

He reveals how a lack of electricity forced boxing fans to travel for an hour to the next village to gain a glimpse of their heroes. They often arrived too late, particularly if Tyson had taken care of his brutal business. 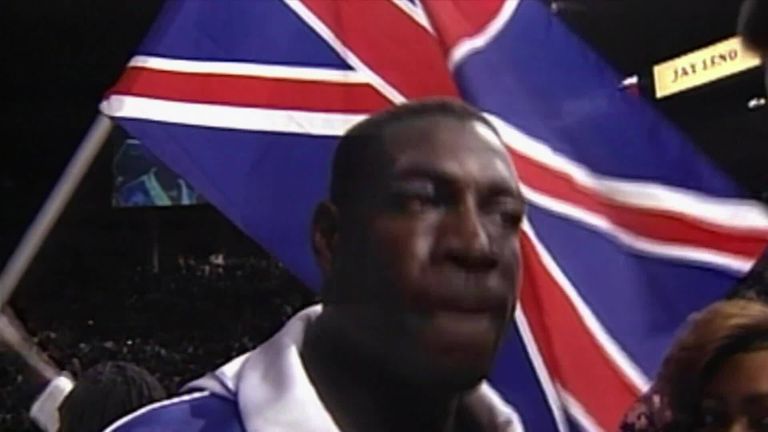 Now based in Brixton, the only son from a family of 10 sisters wants to gain his own following.

“It’s all about you, no one else. It depends what you want, how you want to become, and the people around you.

“You want to be a boxer, but you’re moving with the street boys. I did not do that.

“I know what I want, so I make sure I will be with someone who is with the same mindset as me. The same positivity as me.

It ‘Ain’t easy being Freezy,’ is the positive mantra which he repeats almost daily on his digital platforms.

Anyone assuming the title of ‘Britain’s Mike Tyson’ will not have it easy, with contenders derided as pretenders.

He’s found that out already, but don’t fear for him, it’s what he’s always wanted.