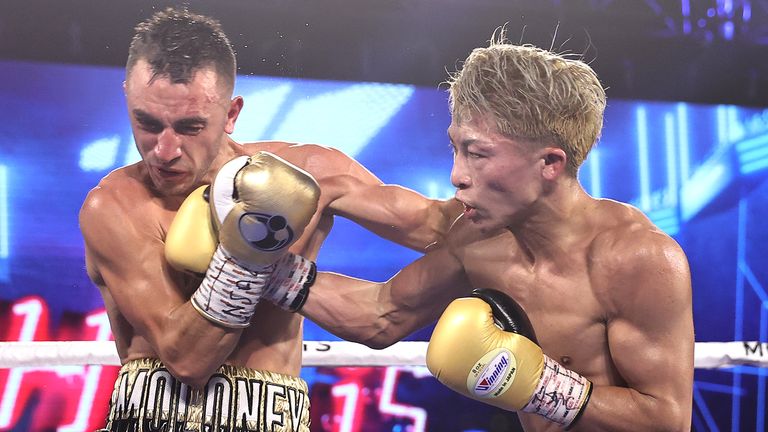 Naoya Inoue floored Jason Moloney twice and stopped him in the seventh round of their world bantamweight title clash on Saturday night.

Inoue closed the show with a perfectly-timed right hand that thudded off Moloney’s jaw.

The brilliant Japanese knockout artist dropped his challenger in the sixth and seventh rounds. 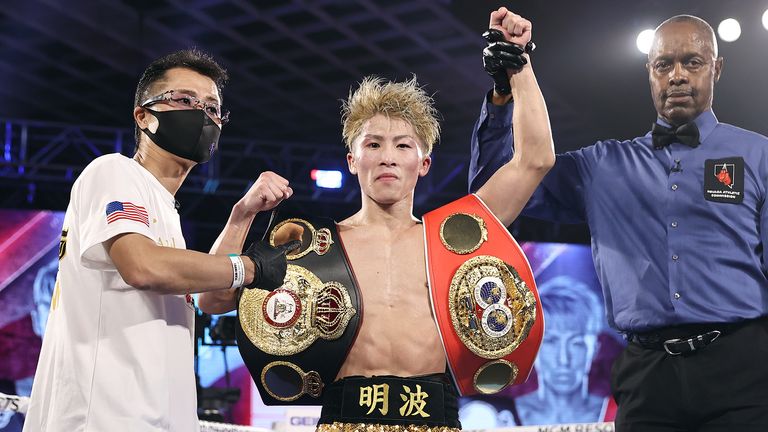 The three-weight world champion successfully defended his IBF and WBA bantamweight titles on his Las Vegas debut, and his first outing under new promoters Top Rank.

Inoue said: “The final punch, the finishing punch, I’m very happy and satisfied with that punch.

“Moloney has a great defence, and it was very difficult to get through. The two punches you mentioned are something we really practiced in Japan a lot, and I was able to perform well and use it, and I’m very happy with that.”

Top Rank promoter Bob Arum said: “The Monster is a special fighter. I haven’t seen a young fighter like that in a long time. And credit to Jason Moloney for fighting like a warrior. He gave it his absolute best.”

Inoue, now undefeated in 20 fights with 17 knockouts, is rated among the world’s pound-for-pound top talents.

Prior to Saturday night, he needed less than eight minutes in total to knock out three consecutive world champions, then produced a career-best effort to beat Nonito Donaire.