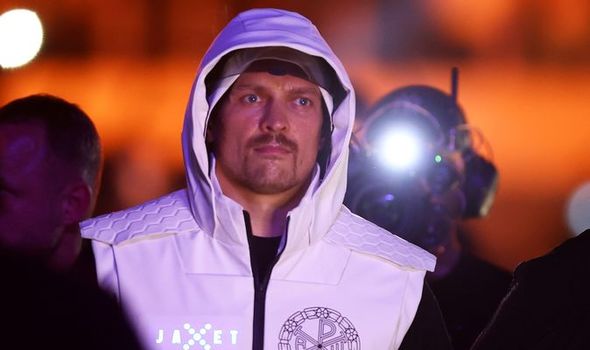 Oleksandr Usyk insisted that Anthony Joshua was ‘nothing special’ after taking the Brit’s four world heavyweight titles on Saturday evening, with the Ukrainian fighter sealing a famous and deserved victory at the Tottenham Hotspur Stadium. Usyk was declared the winner via unanimous decision after outboxing his fellow Olympic champion, who now looks unlikely to face long-time rival Tyson Fury in the near future, over the course of the 12 rounds.

It was never going to be an easy night for Joshua, who was forced into a real contest from the very first bell.

Usyk was notably energetic and light on his feet, bobbing and weaving around the ring to evade the early jabs thrown by his heavily-backed opponent.

He forced Joshua into a minor wobble in the third round with a sequence of punches and continued to deliver a number of crushing blows throughout the bout.

Joshua started to direct Usyk around the canvas in round six, connecting with a couple of heavy right hands in the process.

The pair continued to trade blows in the seventh before Joshua was rocked by a strong effort from Usyk as the bell approached.

The Watford-born fighter needed a big finish to stand any chance of winning, but was unable to find the elusive knockout blow and was forced to relinquish his titles as Usyk was declared the victor with a comfortable points decision.

The newly-crowned heavyweight champion revealed after the fight that he was not overly impressed with Joshua’s performance, declaring that he expected nothing less than a one-sided victory.

“The fight went exactly the way I expected it to go,” said Usyk. “There were a couple of moments when Anthony pushed me hard, but no, nothing special.”