Home » Fighting » Proud Kilimanjaro was Africa’s best heavyweight and earned a fight with Lennox Lewis, but could have been so much more 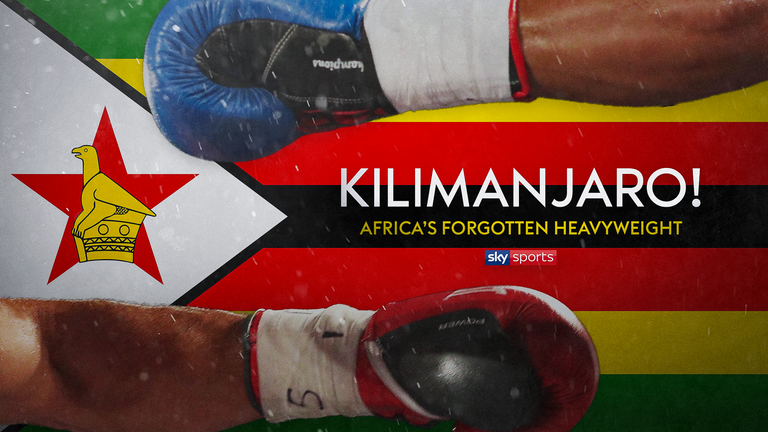 Proud Kilimanjaro is the forgotten African heavyweight, as mighty as the mountain, who had his big opportunity against Lennox Lewis cancelled just moments before a punch was thrown and also had his dreams dashed of fighting Mike Tyson.

His tale is one of poverty, thuggery, mythology, wasted potential and ultimately, tragedy.

He remains an icon of Zimbabwe’s ‘golden age’ of boxing, a former goalkeeper who attracted record attendances in ramshackle venues to watch him beat rivals named Black Tiger, Jukebox Timebomb, Captain Marvel, George Foreman (no, not that one) and Ringo Starr (no, definitely not that one). 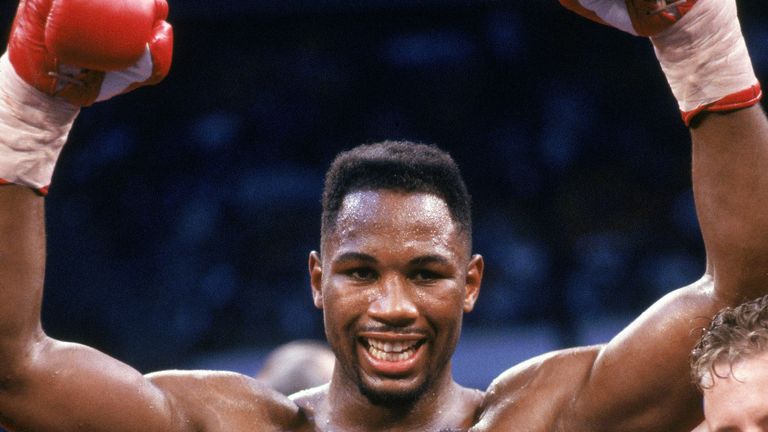 A look back at @LennoxLewis' explosive KO win over Frans Botha in front of an A-list audience ?

How many faces do you recognise? ? pic.twitter.com/LsE3BMKjHf

Proud Kilimanjaro, targeted by Lewis because he held the African heavyweight championship, might have been a star if things panned out differently. Instead, he died at 36.

Born into Mbare’s slums as Proud Chinembiri, his brother Punish described him as a reckless lout whose salvation became the boxing ring.

“Proud was involved in a nightclub brawl with three gentlemen and he beat the lights out of all of them, came home and never spoke about it,” Punish Chinembiri told Zimbabwe’s The Herald.

Punish told The Sunday Mail Sport: “Proud was a rough guy, a heavy drinker who fought in bars.

“I was an amateur boxer at that time and I sat him down and pleaded with him to try boxing.”

He was a “professional mugger” with a “bad reputation” according to The Bengu Years, a book by his trainer Dave Wellings. He wasn’t impressed by Proud but then wrote: “That was until I walked over to him to shake hands, my hand disappeared inside his great paw and I had to crane my neck upwards to make eye contact.”

And when he finally turned up for his first bout the opponent baulked at his sheer size and found an excuse not to get in the ring. A man mountain, he became known as ‘Kilimanjaro’.

Philip Chiyangwa, a local rich man and a nephew of Robert Mugabe, helped steer his career but is today better known for being banned by Zimbabwe’s Football Association for bringing them “into disrepute”. He was known as ‘Captain Fiasco’.

Kilimanjaro bludgeoned his first four opponents then, in his fifth fight, became national champion by knocking out Ringo Starr in a reported 15 seconds.

Some of his fans were still paying at the door, so they say, when they turned and realised their hero had already taken care of business.

Later in 1982, with a boxing buzz engulfing the country, anywhere between 15,000 and 30,000 crammed in to watch him become African heavyweight champion in Zimbabwe’s capital Harare.

He lost his undefeated record in Britain. He had knocked out Neil Malpass (who beat John Fury) in Aberdeen but lost to Hughroy Currie in Cardiff then Horace Notice in Dudley in a Commonwealth title fight.

At his peak, Kilimanjaro was ranked No 9 by the WBC at a time when Mike Tyson was the champion. 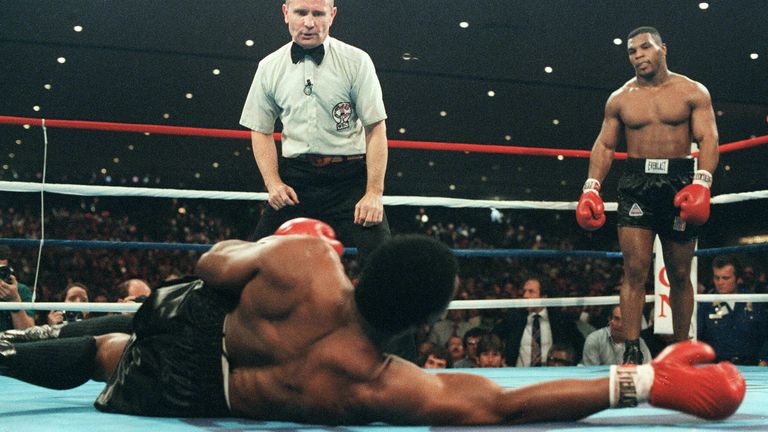 Tyson takes over Manchester [email protected] hit the headlines when he arrived in Manchester to fight Julius Francis. Tyson knocked out Francis in the second round ? pic.twitter.com/Qms5m5FQnV

He was recruited as an opponent for Lennox Lewis, then a 7-0 prospect with an Olympic gold medal, in 1990. There was a certain cachet for Lewis to dispatch Africa’s best heavyweight.

A backstage scramble was erupted. Kilimanjaro did not have the correct documents to prove he was free of AIDS, as was mandatory for all foreign boxers in Britain at the time. The fight was cancelled at the last minute. The crowd were furious so Lewis confronted them, daring critics to get into the ring instead.

Four years later, aged 36, Kilimanjaro died. He was treated by a witch doctor who could not save him.

Kilimanjaro’s legacy is a 32-6 record including five wins over local rival Black Tiger, but also a feeling that more could have been made of his career.

If he were around today, you feel that a mighty powerhouse named after Africa’s biggest mountain would be a valuable commodity and would benefit more from his occupation.