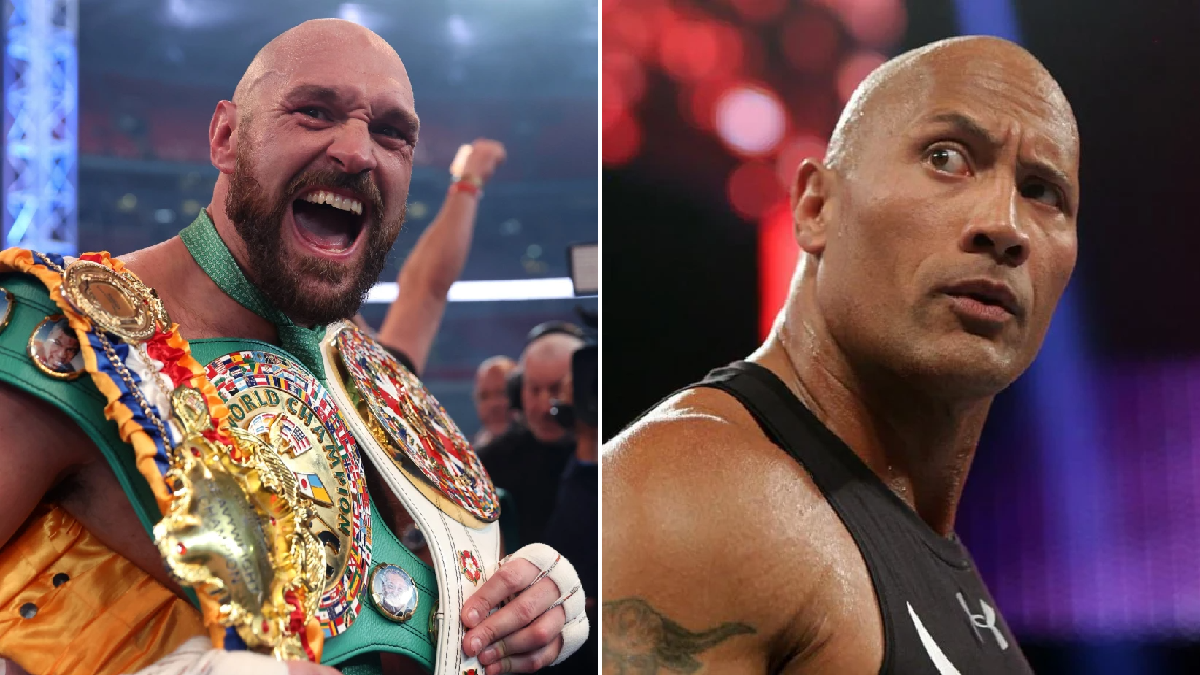 Tyson Fury has named Mike Tyson, Lennox Lewis, Frank Bruno and The Rock as possible opponents for exhibition fights in the near future.

After beating Dillian Whyte at Wembley Stadium in April, Fury has repeatedly insisted he is now retired from top level boxing.

But in an interview with Queensberry Promotions on Tuesday, ‘The Gypsy King’ said he will return one day as long as the offer is right – with becoming undisputed heavyweight champion the remaining challenge in an illustrious career.

In the meantime, Fury is firmly on board with lucrative exhibition bouts having already held talks over a meeting with UFC heavyweight champion Francis Ngannou.

The 33-year-old has also talked up the possibility of fighting Vitali or Wladimir Klitschko under exhibition rules and has now added three other heavyweight greats to that list in Tyson, Lewis and Bruno – along with Hollywood star and WWE icon Dwayne Johnson.

‘I’m going to do some exhibition matches which are not real fights,’ Fury told Good Morning Britain.

He continued: ‘I’m looking at fighting Mike Tyson, Lennox Lewis, Frank Bruno, whoever! The Rock, that would be fantastic. You never know who we could be fighting.’

Mike Tyson, who Fury was named after, retired from professional boxing in 2005 but returned for an exhibition contest against Roy Jones Jr in 2019.

The 55-year-old was in talks to take on fellow heavyweight legends Lewis and Evander Holyfield last year only for talks to fall though. Most recently, there has been speculation he could either Jake or Logan Paul.