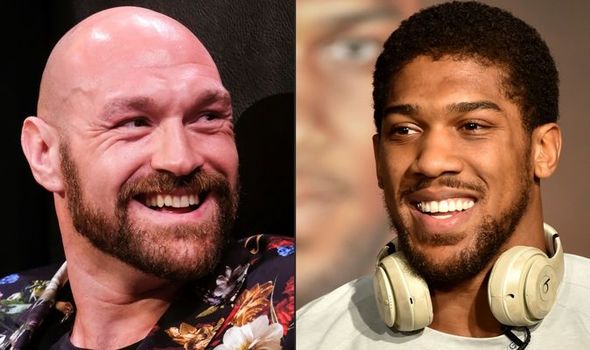 Anthony Joshua’s ninth-round stoppage of Kubrat Pulev has paid the way for a clash with Tyson Fury. The result meant Joshua retained his WBA, IBF and WBO, while Fury claimed the WBC strap after beating Deontay Wilder earlier this year.

Speaking back in June, Joshua’s promoter Eddie Hearn said both fighters had agreed to a two-fight deal.

“It’s fair to say [Joshua and Fury] are in agreement regarding the financial terms of the fight,” Hearn told Sky Sports.

“We’re in a good place. It’s fair to say that, in principle, both guys have agreed to that fight. Two fights.

“[There’s] a lot to overcome in the meantime. We’re moving in the right direction.

“Both guys are in agreement. The structure of the deal has been put forward, and agreed to by both parties.”

Following Joshua’s win over Pulev, Fury reiterated his desire for the fight to happen next year.

“Next year, the fight has to happen. (Joshua has) come over his final hurdle last week against Pulev. Now we’re both free to make this fight,” said Fury.

“I’m willing to do the fight. It’ll be the first time since Lennox Lewis 20 years ago that there’s been an undisputed champion.

However, the 32-year-old requested that his name be removed.

“I’ve asked to be taken off a list,” Fury said on The Jonathan Ross Show.

“They’ve not listened. I’ve even sent them a legal letter to be taken off. They’re still not listening.

“They’re trying to take away my rights as a person. My name shouldn’t be on there if I don’t want it on there. It’s a free country. They are doing something that I do not wish to participate in.

“I don’t need a glass trophy. I’m the people’s champion. I don’t need this glamorous trophy to say who I am and what I’ve done.”

‘Prince’ Charles Martin on unorthodox home-schooling, Tyson Fury’s poker face and not being frustrated by Anthony Joshua defeat (or is he?)

The 10 worst heavyweight champions of all time