Tyson Fury will likely make another WWE appearance when the coronavirus pandemic is over, according to his promoter Frank Warren. Fury fought Braun Strowman at the Crown Jewel event last year for the WWE.

Fury made his debut with the company on an episode of Friday Night SmackDown in early October.

The appearance involved a scuffle with Strowman, who he then confronted on Monday Night Raw days later.

It was confirmed soon after that Fury would have his first WWE match on Halloween at the Crown Jewel event in Saudi Arabia. 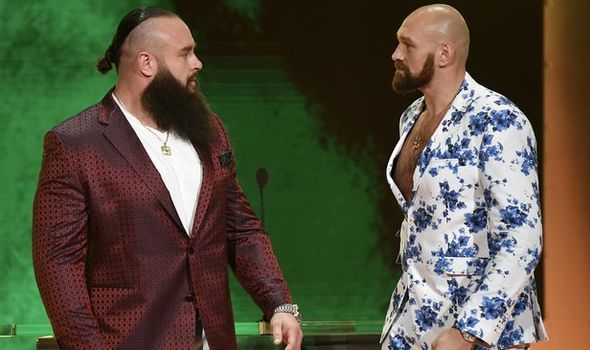 Fury won his bout and began training for his rematch with Deontay Wilder, which he also won in February.

The Gypsy King was supposed to make an appearance at this year’s Wrestlemania, but it was called off due to coronavirus.

Fury’s promoter Warren, however, says he will likely do some more work with the professional wrestling company once the coronavirus pandemic is over.

UFC’s Francis Ngannou talks up showdowns with Joshua and Fury

“I spoke to Tyson a couple of days ago,” he told The Sun.

“He told me the big Scottish lad had challenged him and he can have it whenever he likes.

“Right now it’s all pie in the sky, while the world is in lockdown.

“The WWE have carried on filming their shows at their training centre in Florida, without any fans because of the coronavirus. 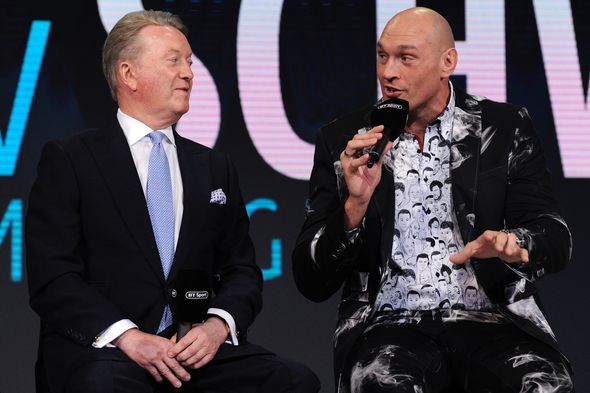 “So Tyson would have to go over there and I don’t think that’s very realistic right now.

“But I am sure Tyson is up for it, he was a huge success last time and he got well paid.

“Everything he does at the moment seems to turn to gold.

“Even his home work-outs with wife Paris and his kids have gone down a storm.

“So I am sure Drew McIntyre, Deontay Wilder and anybody else should be worried about his return to action.”