Tyson Fury’s promoter Frank Warren has hit back at Deontay Wilder, who last week claimed the Gypsy King wasn’t a ‘real champion’, stating that the American needs to re-watch the fight to see what happened. Wilder was TKO’d by Fury in the seventh round of their Las Vegas clash.

But since the fight, Wilder has excused his loss by saying the 45lb  ring-walk costume he wore weakened his legs on the way to the ring.

Fury picked up the WBC world title and Ring Magazine belt with his seventh-round stoppage win.

Wilder’s corner had to reluctantly throw the towel in to save their man from receiving more punishment at the hands of Fury. 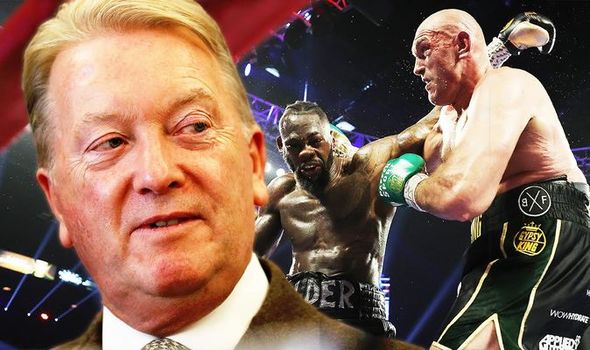 Last week, Wilder claimed he felt like a ‘zombie’ in the ring and told Fury he didn’t feel the Brit was a real champion.

But Warren has hit back at those comments, telling Wilder to find a TV and re-watch the fight to refresh his memory.

“Wilder needs to go and put the television on, re-run the fight and see Fury is the champion, end of story,” he told Express Sport.

“Everyone when they lose, there’s always an excuse.

“Going into it, he said he was the fittest he’d ever been, it is what it is.

“That first round was the 13th round really, he caught Tyson with two good shots and Tyson took them and out-bullied the bully.” 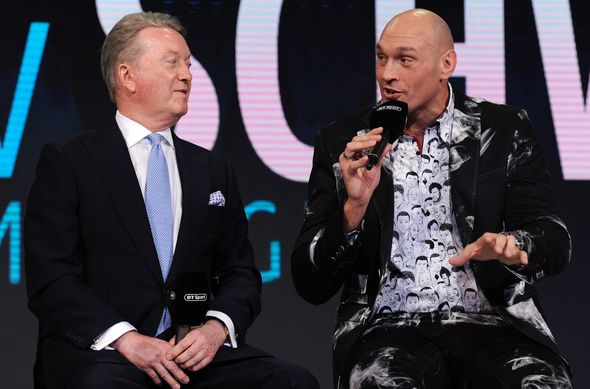 The fight did over 850,000 pay-per-view buys in the U.S. and it was one of the highest-grossing events at the gate in boxing history.

Warren is proud of the fact he was able to be a part of it, and says that Fury’s win checked all the boxes for a British fighter.

“I think it’s one of the most significant fights I’ve been involved with as a promoter in my time in boxing,” the 68-year-old added.

“For a British fighter it ticked all the boxes.

“He was away from home, two guys in their primes, fighting the guy who has the best knockout ratio. And the biggest puncher in the division.

“He didn’t just go out there and nick it, he went out there and destroyed him. He done him in every single department, he did a job on him.

“It’s one of the best achievements from a British boxer fighting abroad, he took him to school.”