Tyson Fury’s promoter Frank Warren has made it clear that the Gypsy King “only” wants to fight Anthony Joshua before he takes on Dillian Whyte – because a fight with the three-belt heavyweight champion is a far more attractive prospect.

Fury and Joshua have agreed a two-fight deal over an undisputed world heavyweight title fight that would see Joshua put his IBF, WBA and WBO titles on the line as he seeks to add Fury’s WBC strap to his collection.

There has not been an undisputed king of the division since 2000 when Lennox Lewis held all four titles and there is plenty of anticipation for such a high-profile showdown between the two perceived best heavyweights in the world.

But plans for the all-British four-belt showdown may be scuppered by WBC mandatory Whyte, who will fight Alexander Povetkin this Saturday for the WBC’s diamond belt while defending his ‘interim’ heavyweight title.

Whyte is aiming to set himself up against Fury as a mandatory challenger and the winner of this weekend’s bout is expected to be ordered to face the winner of Fury’s trilogy scrap with Deontay Wilder. 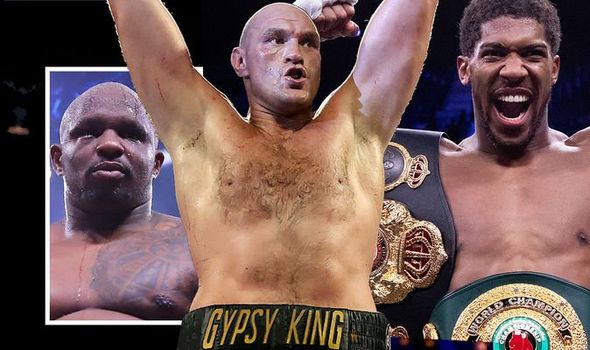 If Fury does not accept, then he may be forced to give up his belt to Whyte, which could then see Joshua – who will next throw hands with Kubrat Pulev and is also due to face Oleksandr Usyk in a WBO mandatory fight – take on Fury in an undisputed battle.

And Warren has made it clear that Fury has no plans to fight anyone else other than Joshua – with the 32-year-old to be given until February 2021 by the WBC to fight the The Body Snatcher.

“Let’s all be honest, if you were down the pub and you asked people ‘what do you want, would you rather see Tyson fight Dillian Whyte or do you want to see him fight AJ?’.

“It’s a no brainer, so let’s get that on. Tyson Fury is not beholden onto Whyte. Tyson Fury is probably the biggest star in boxing at the moment and he will make his choices. 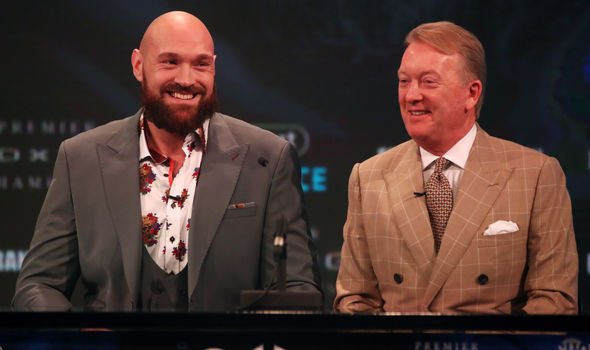 “Tyson against Joshua has to happen and I don’t want it getting ruined by any other crap from Dillian.

“Of course Dillian wants his fight and he will get it, but that is like a pimple on a rhinoceros’ a**e compared to seeing this fight.”

Instead, Warren thinks Whyte should take on another of his Queensbery Promotions stable in Daniel Dubois.

The 22-year-old, the holder of the British heavyweight, Commonwealth and WBO International heavyweight titles, will take on Erik Pfeifer and then Joe Joyce as he looks to make his mark in the 200lb-plus division.

“Dillian will get his chance, just not now, and whilst he is waiting for his opportunity, a massive fight, a big fight even if there was no crowd there and we could do it on pay-per-view, would be Daniel Dubois,” said Warren.

“That would be a great fight that people would want to see. Then the winner could fight Tyson.

“Dillian Whyte has been sitting there for I don’t know how long. It’s not my fault, it’s down to him, he made his choices. 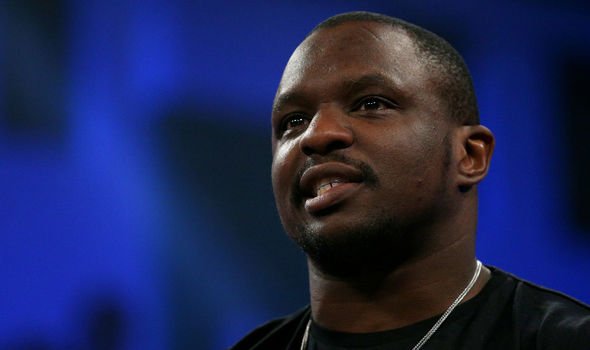 “I hear all the bleats and moans about it, but he’s done himself a disservice because he had the options to change what was happening in his life.”

Eddie Hearn meanwhile told Sky Sports of the prospect of pitting Matchroom Boxing’s Joshua and Whyte against one another: “Looking at the bigger undisputed picture, all Joshua wants is the WBC title. He was never worried if it came against Wilder or Fury. Whoever!

“Whoever owns that belt is who Joshua will face for the undisputed championship. 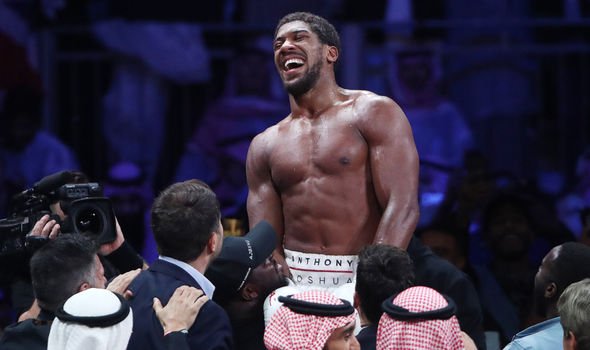 “If Fury does not want to fight Whyte, then Whyte will be elevated to champion from interim champion. Now I do not like that.

“But what will happen? Joshua will fight Whyte straight away for the undisputed championship.

“You always want to fight a champion. But if Fury refuses to do a fight that has been ordered by the WBC, then he will be stripped of his title.