Tyson Fury says he is not ‘overly concerned’ about the result of the Anthony Joshua and Oleksandr Usyk rematch next month as he sets his sights elsewhere. ‘The Gypsy King’ has confirmed that he has started negotiations with Icelandic strongman Thor Bjornsson for a blockbuster exhibition showdown.

Talk of Fury fighting the winner of Usyk and Joshua has been rampant but Fury has dismissed that as an option, seemingly quashing it as a possible fight for 2022. Speaking to the Telegraph, he said: “I’m not overly concerned with Anthony Joshua and Usyk in Saudi Arabia next month, whoever wins, because I’ve achieved everything I wanted to as a professional boxer, undefeated and having won all the belts. “There are so many other things I can go on and do.”

Instead, he has confirmed he will face Bjornsson, Speaking about the fight, he said: “It would be a bit of fun. It would be great to get in there in front of, say, 70,000 fans and show him what boxing is all about, make him miss, and knock him out. “We are talking to his team at the moment and it is definitely something I’m interested in.”

‘The Mountain’ recently confirmed that talks were underway, and his coach Billy Nelson told Express Sport last week that Bjornsson’s next fight was close to being announced. 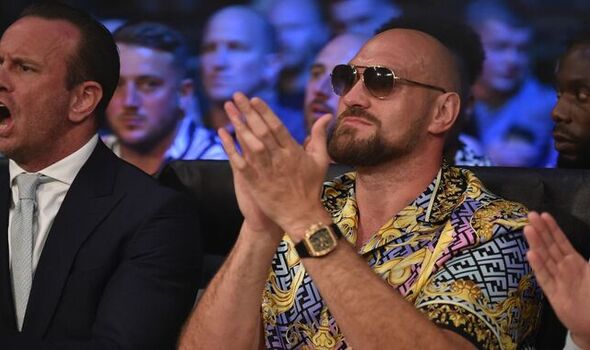 Boxing fans had hoped that Fury would face the winner of Usyk and Joshua after Fury had teased a retirement U-turn for the undisputed crown. Fury initially offered to face the winner for an eye-watering £500m purse but has since claimed – in a total contradiction – that he will fight Joshua for free.

During a recent leg of his After Party Tour, he said: “It’s all about money, Mr Businessman [Joshua]; he’s not a fighting man. I swear to God I hope he wins the fight against Usyk so that I can come out of retirement and fight him for free. However, the terms are these; I want it at Wembley Stadium, I want it free to enter and I want it on free-to-air on television in this country. I’ll fight him in England, not abroad in a foreign country for more money; here for free for the people.”

Despite all the talk, Bjornsson has remained confident he will face Fury throughout. In an interview with iFL TV, Bjornsson fired Fury a fresh warning as he talked up the fight: “I can tell you that if it would happen, I would gladly step into the ring and I would gladly fight him. I’ve said that since day one, people have asked me ‘would you fight Tyson Fury’ and I’ve always said ‘yes’. It would be a huge honour for me to fight the best heavyweight boxer in the world and an amazing experience for myself.” 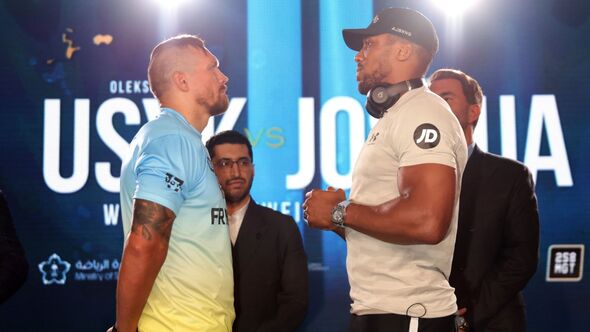 He said: “There’s lots of things being said at the moment but to be honest nothing has been done,” said Warren. “Nothing will be done until I sit down with him. He’s got his tour at the moment, so he’s travelling around the country. Once that’s done in a couple of weeks’ time, he has a little break in-between, so we will sit down then and have a chat.”

Michael Conlan speaks out from hospital after stunning knockout defeat