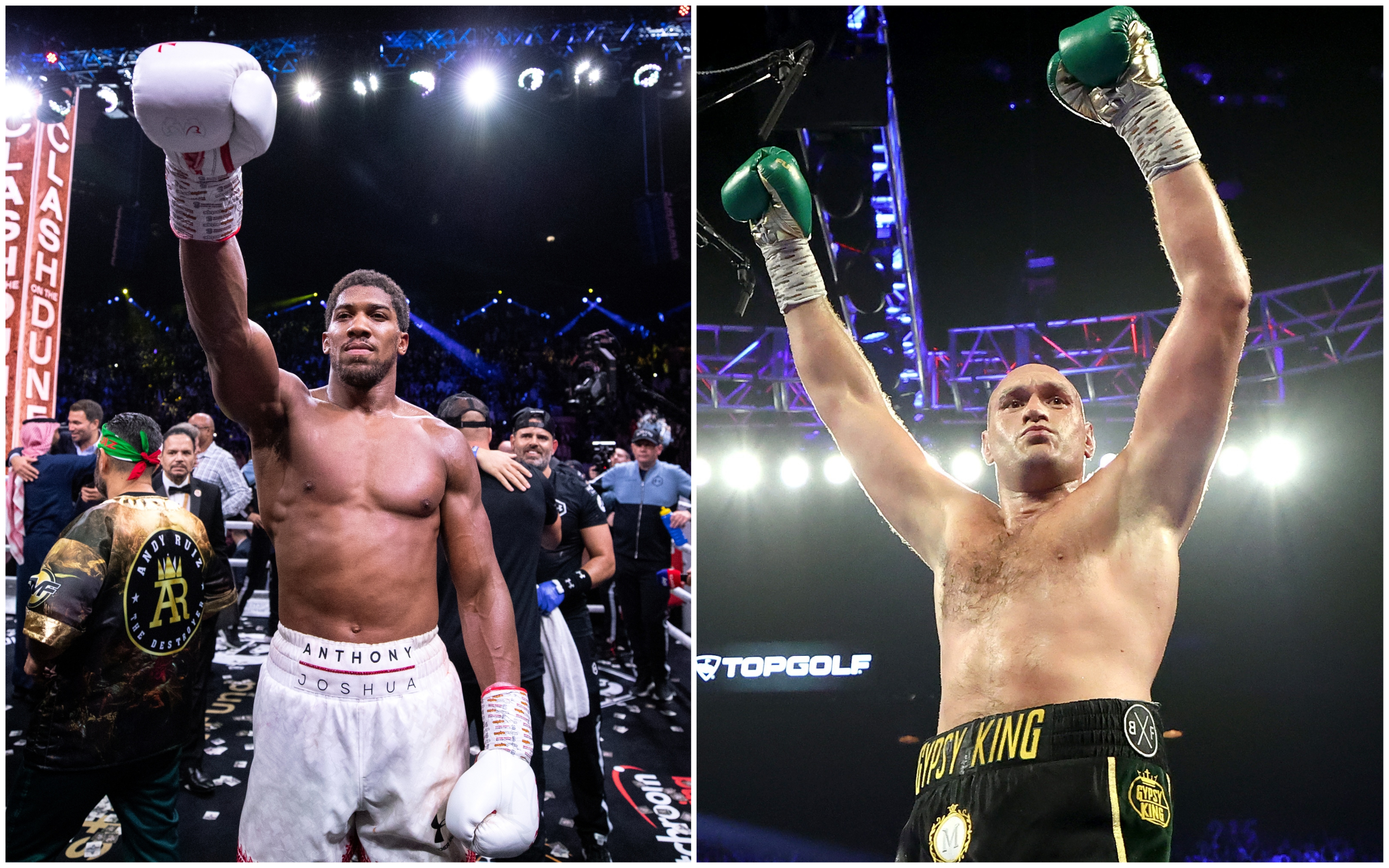 Tyson Fury insists he ‘won’t kick a man while he is down’ after watching Anthony Joshua lose his world titles to Oleksandr Usyk.

Uysk took the IBF, WBO and WBA heavyweight titles after a thrilling performance at the Tottenham Hotspur Stadium on Saturday with Joshua suffering the second defeat of his career.

The defeat effectively ends hope of an all-British unification showdown with Fury’s immediate focus on his trilogy fight with Wilder on 9 October.

While Fury and Joshua have shared heated exchanges since their proposed bout initially fell through during the summer, ‘The Gypsy King’ insisted he has ‘no interest in slating’ his rival after such a crushing defeat.

Speaking at a virtual press conference on Wednesday, Fury said: ‘I only have one fight on my mind at the moment and its Deontay Wilder.

‘He is the most dangerous heavyweight on the planet and can end your career with one punch in any round. I can’t be thinking about what happened in other fights, I can only think about me. I know it is selfish but it is a selfish game.

‘One thing I will say – I have got no interest in slating everybody and kicking anyone while there are down. It ain’t my style. I like to pick on someone who is doing well, someone on top of their game.

‘I don’t want to pick on people who are down and probably at their lowest point are maybe mentally unstable and unwell after such a big loss after such a long reign.

‘Usyk done his job, he did what he had do and Joshua now has to do what he’s got to do.

‘I can’t say I’m interested because I’ve got ‘The Bronze Bomber’ next and whoever is next I’ll deal with them like I have done the other 31 opponents I’ve already faced.’

A rematch clause means Usyk and Joshua will meet again in 2022 with the latter’s promoter Eddie Hearn suggesting that bout could take place in February or March.

Pushed on what advice he would give to Joshua heading into the rematch, Fury added: ‘My advice to Joshua in the rematch is get stuck in the best way you know how, put his best foot forward and swing away.’

Nurmagomedov: Father critical due to COVID-19