Tyson Fury has declared he “doesn’t really give a f***” how he is remembered after confirming he will vacate the Ring belt following his official retirement announcement. Having previously threatened to hang up his gloves, the Gypsy King appears to have definitively called time on his illustrious career after vacating a title for the very first time.

The 34-year-old bows out of boxing with an unbeaten 32-0-1 record, which includes 23 KOs and saw him claim every belt possible. Fury took to social media on Friday to announce his retirement and his statement was later confirmed by WBC president Mauricio Sulaiman.

The Brit initially hinted he would be retiring following his stoppage win over Dillian Whyte at Wembley in April, but has teased he could make a comeback, recently calling out the winner of Anthony Joshua’s upcoming rematch with Oleksandr Usyk. Fury was also thought to have come close to agreeing a deal with Derek Chisora last week, however, such talk has now been rendered redundant following his call to quit the sport.

Reiterating his stance, Fury has now vacated his Ring magazine title and following the decision, he gave an X-rated response when probed about how he hopes to be remembered. He admitted to Ring magazine: “To be honest with you, and I’ve always said, I don’t really give a f*** about what people think of me. 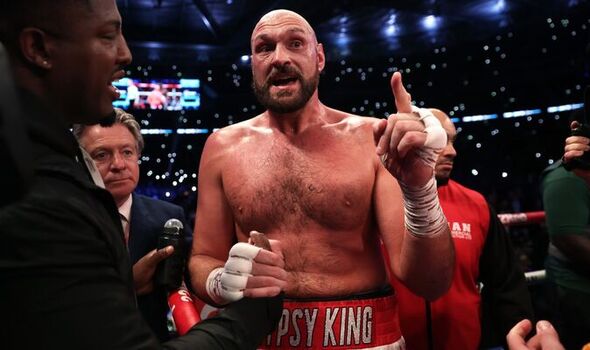 “I don’t care how they remember me. Being remembered means you’re not active [as a person] anymore, you’re finished, and that’s it.”

Reflecting on his career, Fury picked out his 2015 outpointing of Wladimir Klitschko as the highlight. He revealed: “The greatest moment of my career was winning the world championship back in 2015. There’s the great comeback after that with the three [Deontay] Wilder fights.

Inside Usyk’s intense training camp ahead of Joshua rematch 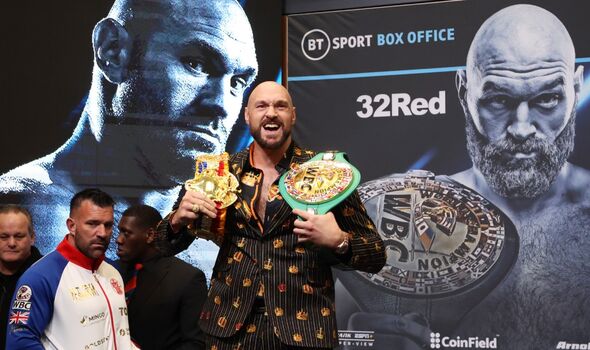 “There’s been a lot of great highlights in my career – even the Dillian Whyte fight in front of 94,000 at Wembley. It doesn’t get much bigger than that. And I went out with a bang.”

Following Fury’s decisions to vacate the title, the Ring championship could now be on the line next weekend when Joshua takes on Usyk in Saudi Arabia. The Brit will be hoping to win back his world titles having been dominated by the Ukrainian over 12 rounds back in the pair’s September bout.