Tyson Fury has told Dillian Whyte to dust himself off and come back stronger following his knockout loss to Alexander Povetkin. The Gyspy King warned, however, that Whyte and rival Anthony Joshua are not on his level.

Had he won, Whyte was in line to face Fury or Wilder by February.

But Povetkin rolled back the years to knock Whyte out cold in the fifth round of their clash, despite being knocked down twice himself in the round before.

JUST IN: Dillian Whyte knocked out in brutal style by Alexander Povetkin 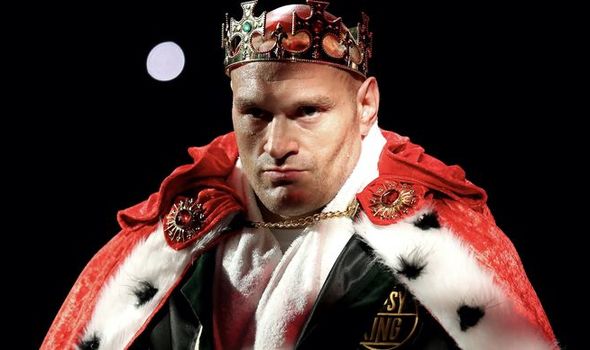 The loss makes it easier for Eddie Hearn, Bob Arum and Frank Warren to facilitate Fury vs Joshua next year.

But Fury says the likes of Joshua, Whyte and Derek Chisora aren’t on his level anyway.

“The thing is with boxing… I’ve been there, you use whatever you can to get these big fights, I don’t blame Dillian for that,” Fury told BT Sport.

“He was banging his drum about fighting me but heavyweight boxing is a dangerous sport and it could be over in one second as we’ve seen last night.

“All these boxers, Joshua, Whyte, Chisora, Povetkin. All around the same level.

“They can take each other out. Whyte knocking out Chisora, Carlos Takam’s in there, Jarrell Miller.

“They’re all around the same and on any given night they can all have victories against each other. 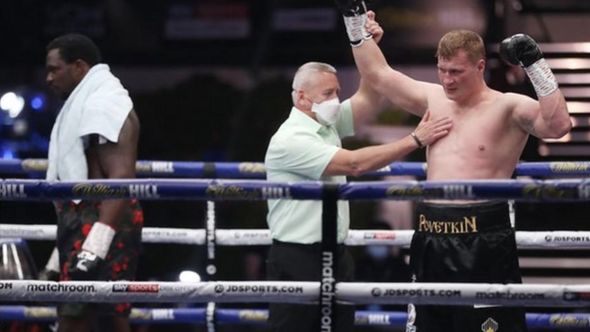 “As for Whyte getting knocked out – regroup, back to the drawing board.

“It just shows what level they’re at. Povetkin is 40 years old.

“He’s an inspiration for men at that age, it was a good fight I enjoyed it.”

Joshua is expected to fight Kubrat Pulev in December, when Hearn has said he’s looking to make the Whyte-Povetkin rematch.

Fury is also expected to fight Wilder on December 19, with a venue yet to be agreed upon.