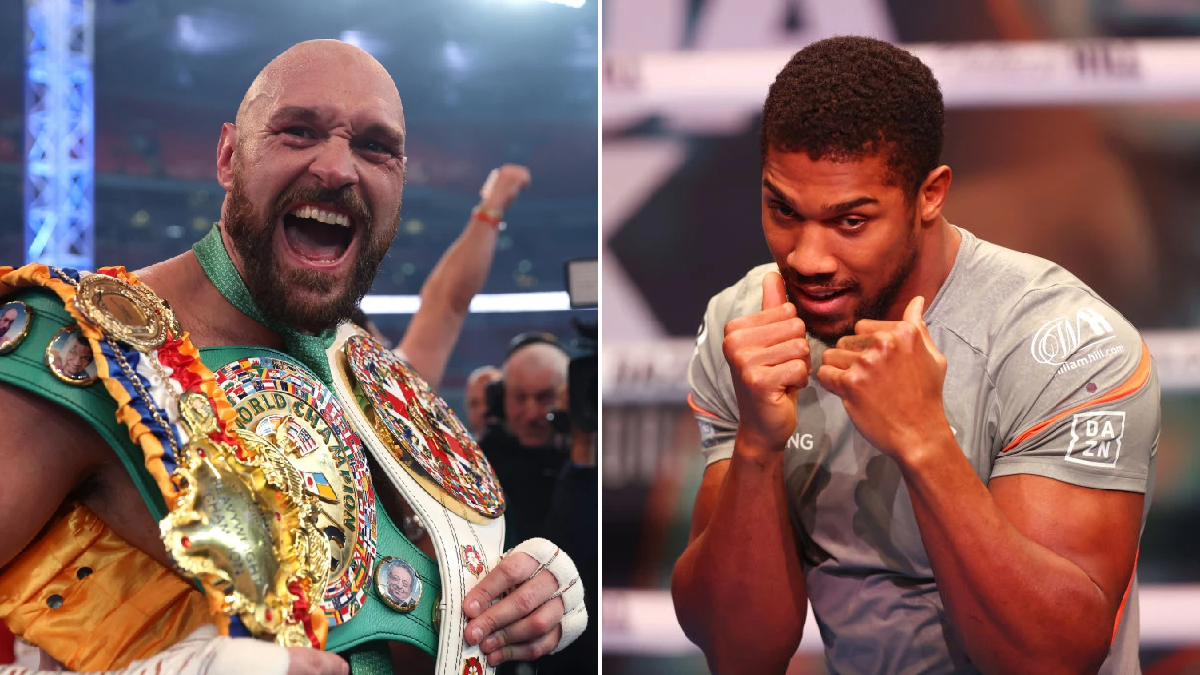 Tyson Fury has taunted Anthony Joshua following the emergence of video footage of his rival warning a group of students he will ‘crack their jaw’.

Joshua was walking through the grounds of Loughborough University – where he has relocated his training camp – when a group of students began heckling him from an upstairs window.

The Sun report the group targeted the former heavyweight champion with ‘profanity and abusive language’ before accusing him of ducking a fight against Fury.

Footage then shows Joshua confronting the students in their halls of residence.

‘Remember you’re running your mouth, because when I bring people up here and I start cracking your glass jaws, none of you will like it,’ someone who appears to be Joshua is heard saying.

‘Watch your mouths because you don’t know who you’re talking to sometimes. All this public eye bulls**t, I ain’t into that.’

Reacting to the incredible story, Fury wrote on his social media channels: ‘I have this effect on the best of them.’

A fight between Fury and Joshua to crown heavyweight boxing’s first undisputed champion since Lennox Lewis was scheduled to take place after protracted negotiations in 2021 only for the fight to fall through.

Joshua went onto lose his IBF, WBO and WBA titles to Uysk last September – hoping to reclaim those belts in a rematch against the undefeated Ukrainian in July.

Fury meanwhile insists he is now retired from boxing after knocking out Dillian Whyte in April although plenty believe ‘The Gypsy King’ can be tempted back to fight the winner of Joshua bs Usyk II later this year.