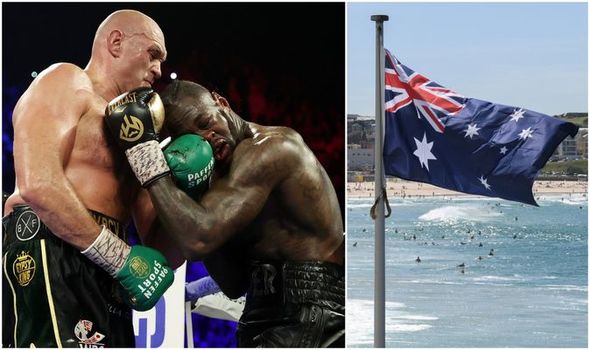 Tyson Fury and Deontay Wilder have received an offer to host their trilogy fight in Australia on Christmas Day and have been told they could be “guaranteed” a crowd due to the country’s low coronavirus death toll, rather than have to fight behind closed doors.

Fury stripped Wilder of his WBC heavyweight title in Las Vegas in February, inflicting the Bronze Bomber’s first ever defeat.

The 31-year-old Briton produced a majestic performance to force Wilder’s corner to throw in the towel in the seventh round.

It came just over a year after Fury controversially drew with Wilder in Los Angeles, despite having outboxed the American for much of the bout.

The two towering boxes will go head-to-head for a third time after a rematch clause in the contract for the second fight. 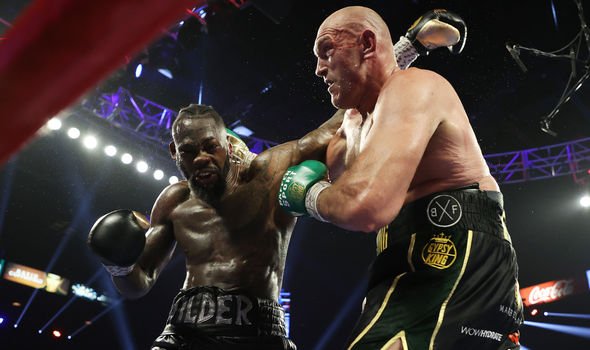 And boxing promoter Dean Lonergan insists it is entirely possible Sydney, Brisbane or Melbourne could host Fury vs Wilder 3 – and also provide a sea of spectators.

Lonergan believes therefore that Australia’s management of the virus means a return to normalcy – which includes a return of crowds to sporting events – can be expected far earlier Down Under than in other countries.

Speaking to Sky Sports he said: “I put an email up to Bob Arum, maybe a month ago, maybe six weeks ago, with a budget attached suggesting that Australia is going to be one of the first countries in the world to open up to crowds.

“You’ve got a very good sports administrator down here, Peter V’landys, pushing very hard with the National Rugby League to get crowds back and next week you’re going to see, I think for the first time, between 500 and 1,000 people allowed back into corporate boxes. 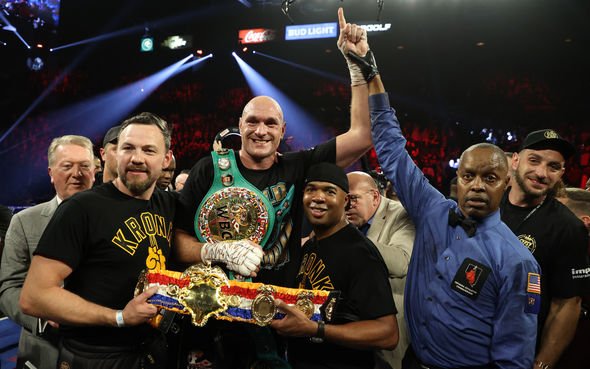 “Australia and New Zealand have both done amazing jobs stamping out coronavirus, and pretty much in the next two to three weeks, I would expect, the reports will be no coronavirus left in Australia.

“On that basis, then you would expect crowds to be going back.

“I just made the point: ‘Bob, if Australia opens up, you could come down here. Here’s a budget, here’s what it could look like. We’ve worked together before it would be a great place to do it’.

“He’s [Bob Arum] open to the idea and obviously I was surprised to see in the media the other day that he said Australia.

“He told me Australia is in the mix, and it just comes down to what territories are going to be open and where are the guys prepared to go to.

“If America is open, and Las Vegas can take a crowd of 15,000 at the MGM Grand, well I guess that’s where they’ll go.

“But if America is not open and Britain is not open, well then you start looking elsewhere, and obviously I’m sure the Middle East would offer lots of opportunity, if it’s open. I don’t know what coronavirus is like there and obviously Bob has talked about Macau [in China]. 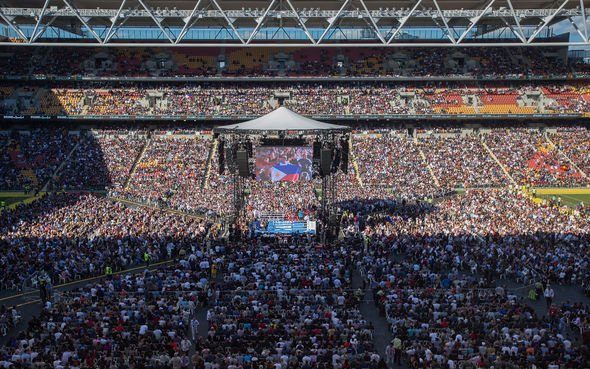 “But if you want to come to one of the safest places in the world and give yourself a guaranteed crowd, well perhaps Australia is the place to be.

“I think Tyson Fury is one of the best, and I think he said it himself, the best boxing promoter since Muhammad Ali. Both those guys are great promoters.

“Tyson Fury would see tens of thousands of ex-Pat Brits who live down here turn out to see him, and Irish. I think that fight would be absolutely massive. I’ve been told that Tyson Fury has family living in Brisbane.”

Lonergan added that there are several potential venues on the table, including Suncorp Stadium, where Manny Pacquiao lost to Jeff Horn by unanimous decision in July 2017, and the Marvel Stadium, which held UFC 193 – and Ronda Rousey’s shock defeat to Holly Holm – in November 2015.

He continued: “The suggestion was to go to a place called Bankwest Stadium, which can hold about 45,000 people. It’s the middle of summer down here.

“You could have pictures beaming out across the world to probably 170 plus countries, which is what that fight would get to.

“It could go into Melbourne and Marvel Stadium. They had 50,000 people there for the UFC not so long ago, or we could do it at Suncorp Stadium in Brisbane.”

Dan Hardy confirms he is no longer 'working directly' with UFC