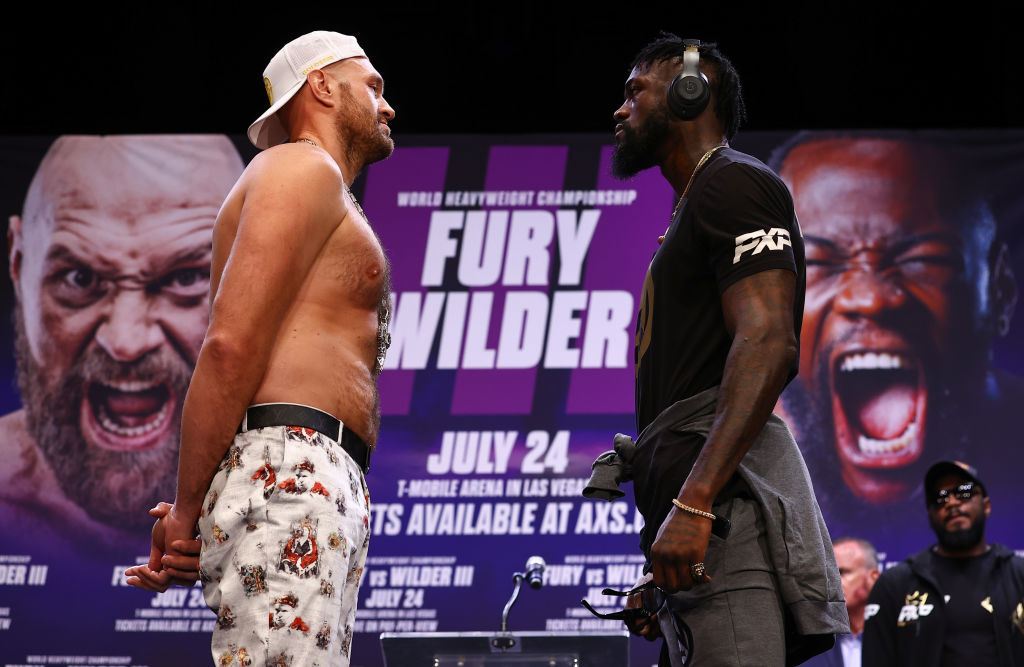 Tyson Fury vs Deontay Wilder III is now likely to be postponed after a Covid outbreak in the heavyweight champion’s camp.

The trilogy fight was scheduled to take place in Las Vegas on 24 July.

However, ESPN now report that date is in serious jeopardy although no official decision has been made as of yet.

The report also suggests the trilogy fight may not take place until September due to broadcasting arrangements in the US.

Wilder lost the WBC heavyweight title to Fury in February 2020 following a controversial draw with ‘The Gypsy King’ in their first meeting in 2018.

A rematch clause for a third fight looked to have expired with Fury and his camp instead shifting their focus to an all-British unification showdown with Anthony Joshua this summer.

Wilder’s arbitration hearing however shelved those plans with ‘The Bronze Bomber’ successfully winning his appeal to enforce a third fight.

Wilder has promised to exact revenge on Fury and has continued to accuse the Briton of cheating in their second meeting where he suffered a seventh round TKO.

Wilder is also adamant the Fury team has been devising a ‘master plan’ to cheat again in the third bout.

‘Oh they’re thinking of it, they’re coming up with a master plan.

‘They dressed that up… I can’t dress that up no other way, no other gown will fit that woman other than a cheat, that’s it, but when they do that it’s the biggest thing that ever happened in boxing history.

‘But I sleep well at night, I’m happy and I’m happy the situation came upon me because it woke me up more than I was already awake and it’s given me a new drive, a different motivation in the sport.’

Mayweather vs Logan Paul: Will Floyd Mayweather find it hard to resist his ruthless instincts in exhibition bout?