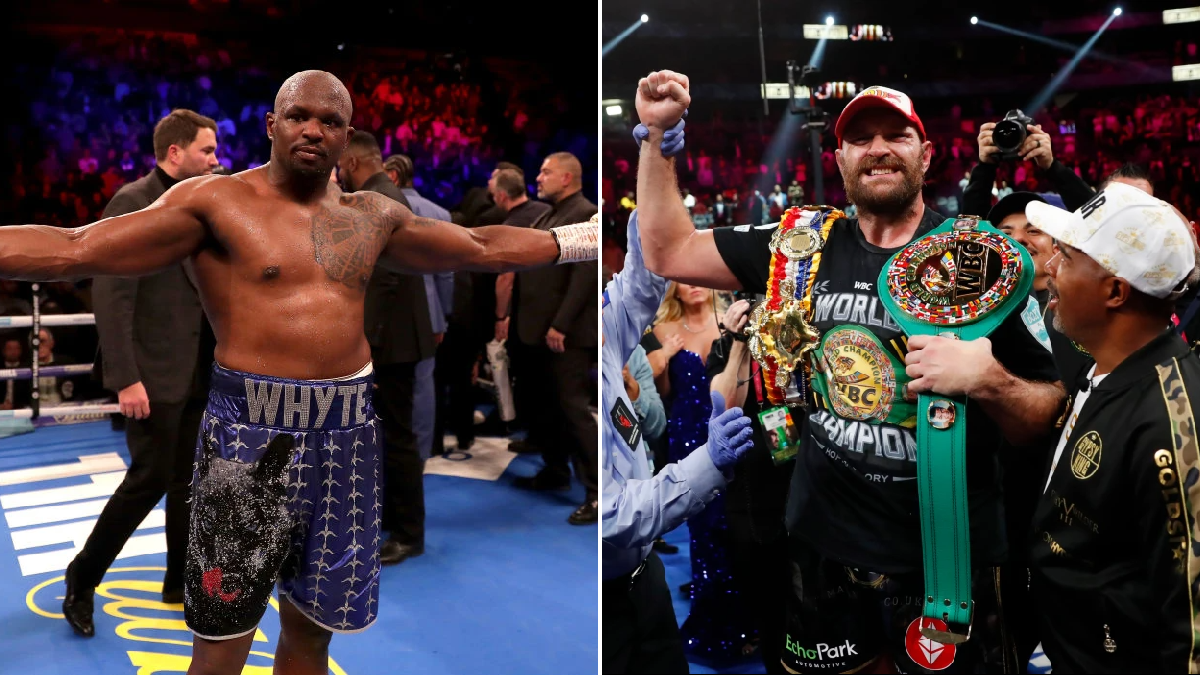 Tyson Fury’s defence of his world heavyweight title against Dillian Whyte will take place at Wembley Stadium on 23 April, it has been confirmed.

The all-British bout will see the Gypsy King put his WBC belt on the line against the Body Snatcher in Whyte’s first shot at world honours.

A press conference is expected on Tuesday in London, with tickets for the fight going on sale at midday on Wednesday 2 March and it will be shown on BT Sport Box Office in the UK.

The date of the fight was already known as Fury wrote on Twitter earlier this week that he was heading into training camp until 23 April.

‘About to go on total blackout until after the fight April 23 2022,’ the Gypsy King posted on Tuesday.

‘There may be update vids but won’t be from me. God bless you.’

Undertaker retirement: WWE legend called out for one last match by dream opponent