Tyson Fury will reportedly take on Oleksandr Usyk in an undisputed world heavyweight title fight before the end of the year after previously insisting he had retired from boxing. The fight is set to take place in Saudi Arabia on Saturday, December 17 – just one day after the World Cup final goes ahead in neighbouring Qatar.

Usyk was in formidable form on Saturday as he defeated Anthony Joshua in Jeddah to retain his WBA, IBF and WBO belts. The Ukrainian won by split decision in the Middle East with two judges scoring the bout 115-113 and 116-112 in his favour, while the third gave it 115-113 to Joshua.

And, according to the Daily Mail, Team Fury are in talks with Usyk’s camp over a bout that would be worth even more than Saturday’s £85million bonanza. And the date of the contest is now pencilled in.

A fight between the duo has been talked about for months, with Usyk revealing that he may not even enter the ring again if he can’t take on the Gypsy King. “The fight with Fury is the only one I want,” exclaimed the 35-year-old after his victory against Joshua. “If that doesn’t happen I may not fight again. But I do believe we are going to fight each other soon.” 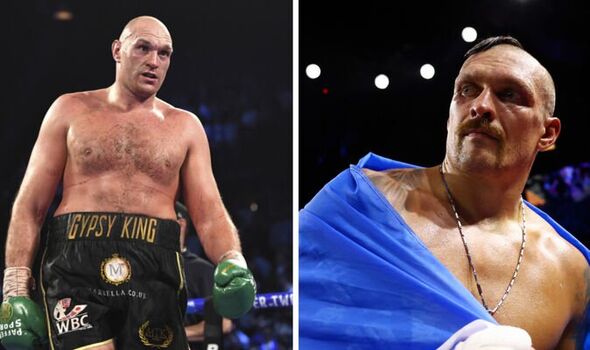 And the Saudi minister for sport Prince Mohammad Abdulaziz has confirmed his country are keen to ensure the bout goes ahead. “We are very interested in the fight for the undisputed heavyweight title,” he said. “We are looking to do that in the city of Riyadh.”

In April, Fury announced his retirement from the sport after defeating Dillian Whyte at Wembley and insisted he wouldn’t be getting in the ring with Usyk as he told talkSPORT: “It’s never going to happen because I’m retired.

“But let’s just say I’d punch him round the ring because he’s a middleweight, blown up. I’ve already been the undisputed champion, I’ve won every single belt there is to win. I’ve got nothing more to do – I am out, fully retired. Done.” 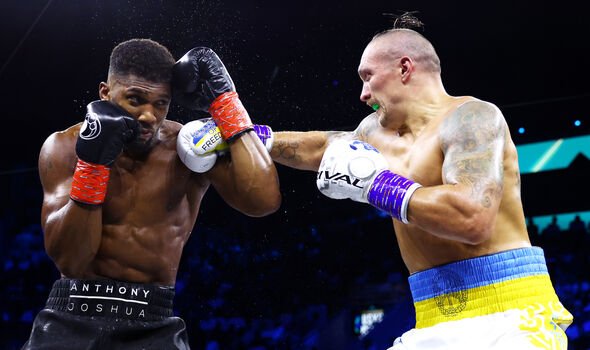 But after watching Usyk get the better of Joshua, Fury hinted that a return was on the cards. “They were s*** and I’d beat them both on the same night,” said the 34-year-old. “The Gypsy King is here to stay for ever so get your f****** cheque book out.”

A fight between Fury and Usyk would be worth at least £125m, with the Gypsy King expected to walk away with a staggering £45m and £50m from the showdown.