The UFC’s revised calendar continues to play out amid the ongoing coronavirus crisis, with UFC 250 taking place in Las Vegas on Saturday 6 June.

There is also plenty of men’s bantamweight action, with three fights that all have the potential to change the landscape of the division.

Former 135lbs titleholder Cody Garbrandt aims to regain control of his career after three knockout losses on the bounce, but faces a stern test in Raphael Assuncao, a veteran of the sport.

Meanwhile, Aljamain Sterling and Cory Sandhagen square off in what is surely a No. 1 contender’s bout, and rising star ‘Sugar’ Sean O’Malley takes on the experienced Eddie Wineland. 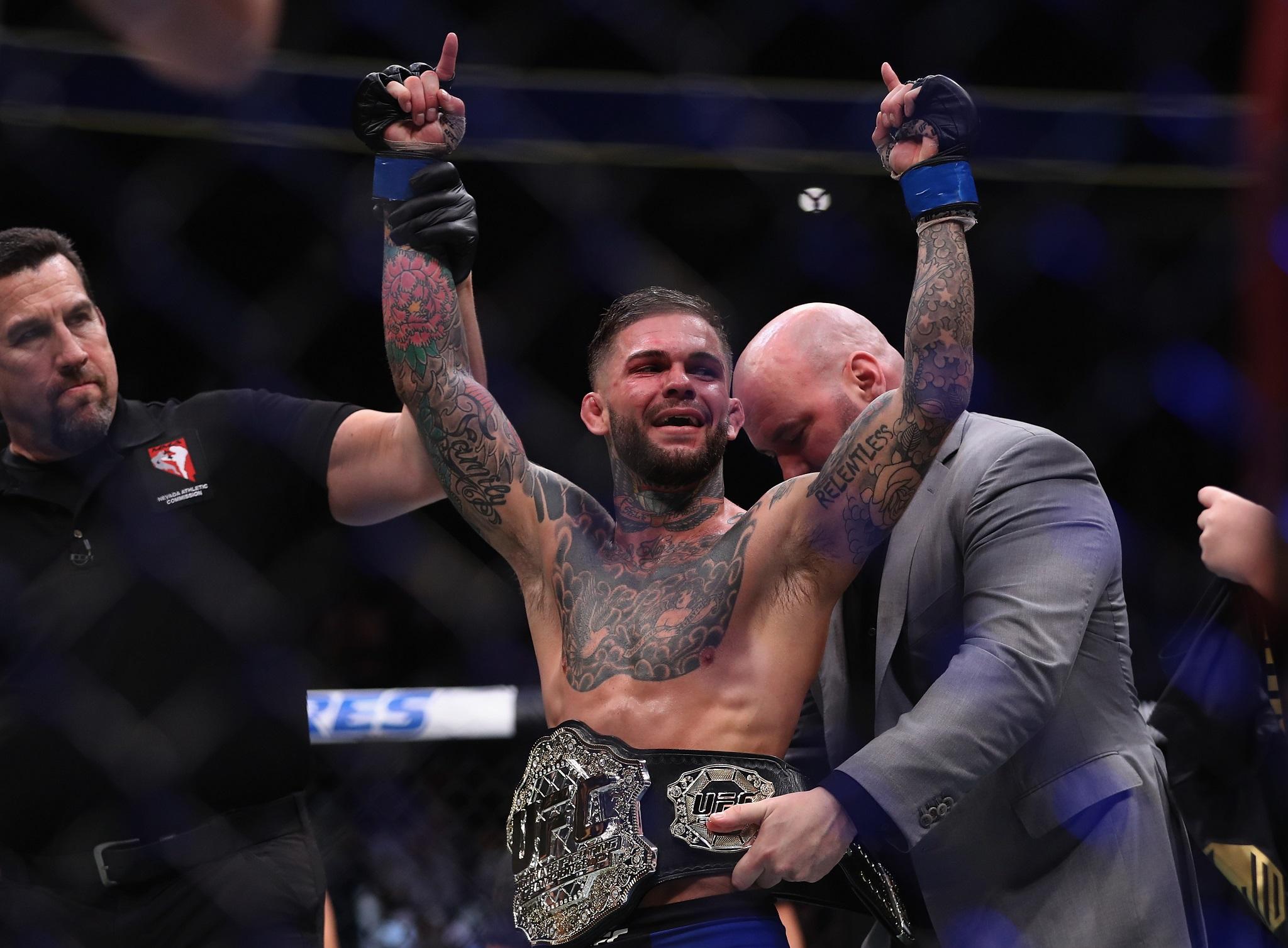 Neil Magny is also in action against Tony Martin on the main card. Here’s everything you need to know about UFC 250:

Who will win the key match-ups?

Spencer (8-1) is being billed as a huge underdog going into the main event, and while that is somewhat understandable as the Canadian prepares to step into the Octagon against the consensus greatest women’s fighter of all time in Nunes (19-4), the challenger should not be written off.

While Brazilian Nunes brings power and speed, Spencer offers resilience and endurance. Nunes has finished two of her last three fights in the first round, but Spencer certainly has the ability to avoid the early knockout – something she showed against Cris Cyborg, whom Nunes knocked out in 51 seconds.

The Canadian’s best chance of winning entails surviving early pressure from Nunes, frustrating the champion and staying active as the rounds progress. That said, the safe bet is that Nunes walks away with the featherweight title still firmly in her clutches.

In the co-main event, Garbrandt (11-3) is in desperate need of a win, but fighting emotionally will almost certainly cost him. His last outing, a defeat against Pedro Munhoz, showed that. That bout also showed that he is seemingly no longer capable of sustaining much damage and emerging unscathed.

If Garbrandt can rediscover the fight IQ to match his talent, he will win against a 37-year-old Assuncao (27-7), who is still dangerous but past his peak. That ring awareness has been missing since Garbrandt’s 2016 title victory over Dominick Cruz, however, and a devastating loss on Saturday feels like a very real possibility.

Sterling (18-3) versus Sandhagen (12-1) has the potential to be the fight of the night, and is arguably the most difficult to predict. Sandhagen has won his last seven, while Sterling has won his last four. This one could so easily go either way, but The Independent is giving the slightest of nods to Sandhagen, if he can neutralise Sterling’s wrestling threat. But in the Apex’s smaller Octagon, that may prove tricky.

What time does it start in the UK?

Due to the time difference between Las Vegas and the UK, UFC 250 will get underway in the early hours of Sunday 7 June for UK fans.

The preliminary card begins at 1am BST, with the main card following at 3am BST.

Expect the main event between Nunes and Spencer to start around 4.30am BST. 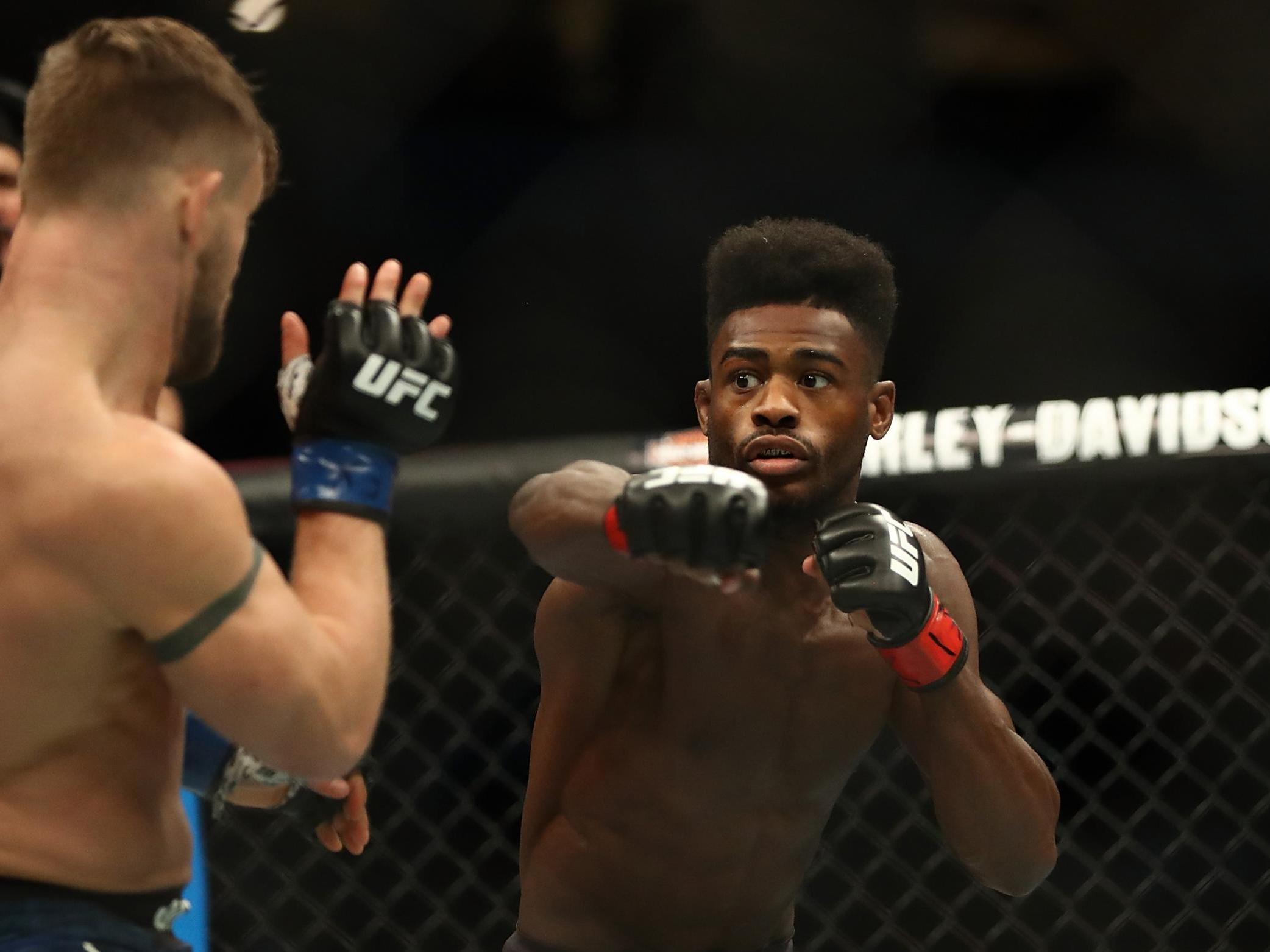 The card will be shown live on BT Sport 1 in the UK. Viewers will need a BT Sport subscription, though the event itself is not pay-per-view.

The whole card will also be available for subscribers to stream via the BT Sport website and app.

US fans can tune in via ESPN+.