Brandon Moreno has opened up about being uprooted by James Krause’s suspension, having moved to Kansas to work with the MMA coach.

The former UFC flyweight champion had just started working with Krause, when the coach has his athletic licence suspended amid an ongoing investigation into unusual betting behaviour before Darrick Minner’s fight with Shayilan Nuerdanbieke in November last year.

Moreno had upped sticks to work with Krause and was preparing for his upcoming UFC 283 clash with Deiveson Figueiredo set to take place on January 21. 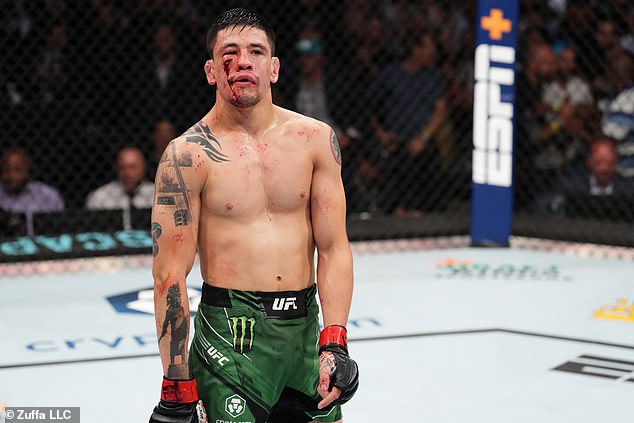 Krause’s suspension put Moreno in a tricky situation and he had to move again, shifting to Xtreme Couture and new head coach Sayif Saud.

The former champion explained on the MMA Hour: ‘It was hard when everything started.

‘Of course it was hard. I was in Kansas City. So I had a long conversation with James. He told me the whole situation, and I understood. But in that moment, I decided to turn the page quickly and decide what I wanted to do. I remember the news was out Wednesday or Thursday, so next Monday I was in Vegas. 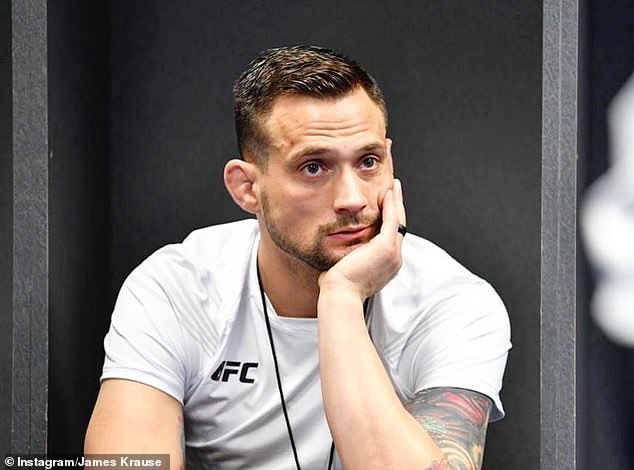 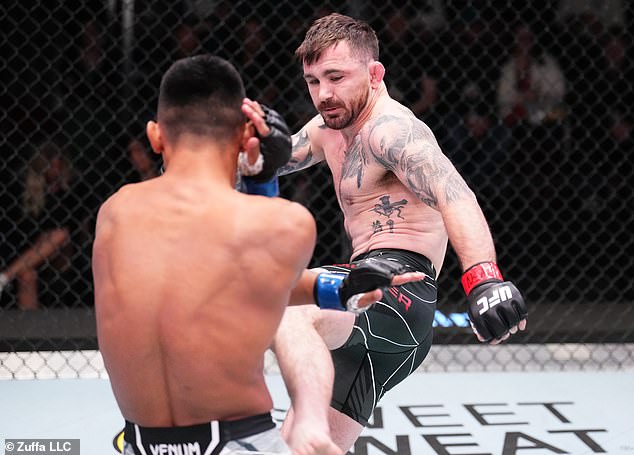 Kraus and Minner were suspended for failing to report an injury to Minner prior to the bout. The deeper investigation into betting irregularities could lead to more serious charges but as it stands the suspension remains for not reporting the leg injury.

In the fight flagged up to authorities, according to ESPN, odds favoring Nuerdanbieke to win moved dramatically in the hours leading up to the bout, as multiple sportsbooks reportedly received betting interest for the fight to last under 2.5 rounds and for Nuerdanbieke to win by first-round knockout.

Nuerdanbieke won by TKO at 1:07 in the first round.

Krause is yet to comment on the suspension or investigation, which is being conducted by the Nevada State Athletic Commission and the UFC, with the FBI also reportedly collecting information.

The organisation still plans to punish fighters who associate with Krause and released a statement, saying: ‘UFC has since advised Krause and the respective managers working with impacted fighters, that effective immediately, fighters who choose to continue to be coached by Krause or who continue to train in his gym, will not be permitted to participate in UFC events pending the outcome of the aforementioned government investigations,’ they said in a statement.

‘Along with the safety and health of its fighters, UFC believes there is no more important component of professional mixed martial arts than the integrity of the sport.’

Moreno holds no ill will to Krause and would consider working with him if the athletic suspension is lifted in time. 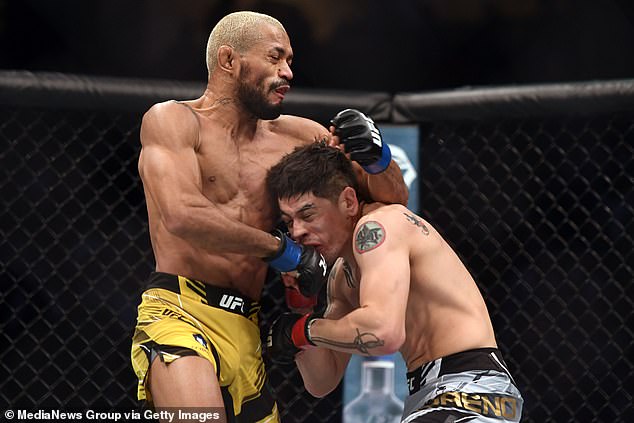 He went on: ‘The situation is very serious. I love James Krause. When I needed help, he helped me a lot. He opened his home with his family and helped me with the gym, with training, and we got the interim title together.

‘So I love James Krause. And I said this before, at the end of the day, if he did that, that was bad, and he will need to pay in the future. But if not, hopefully [they] can put everything in order and clear his name. I just need to wait. It’s about time, I think.’

Time will tell if Moreno’s disjointed preparation will impact him on fight night next weekend.

It will be his fourth fight against the Brazilian and this time he will be stepping into enemy territory in Rio de Janeiro.

Figueiredo won back his belt from the Mexican at UFC 270 but Moreno then bounced back by beating Kai Kara France to earn a fourth bout.

It will feature on the co-main event of the first numbered card of the year, which is topped by Jamahal Hill and Glover Teixeira.