Oleksandr Usyk has revealed that he wants to face Deontay Wilder next after breakdowns in negotiations with Tyson Fury. Usyk was supposed to face Fury in the first undisputed heavyweight unification clash of the four-belt era over the coming months.

The Gypsy King favoured a December date while Usyk requested that they fought in February to allow him more time to recover from injuries sustained in his last fight against Anthony Joshua. But Fury was not willing to wait around and instead offered Joshua a shot at his WBC title.

The pair are now set to square off on December 3 at the Principality Stadium in Cardiff, Wales with personal terms agreed upon by both parties.

“I don’t have many feelings about [Fury and Joshua fighting]. I don’t really care if Fury wants to fight somebody. My team is working on getting me back in the ring,” Usyk told Ring Magazine. 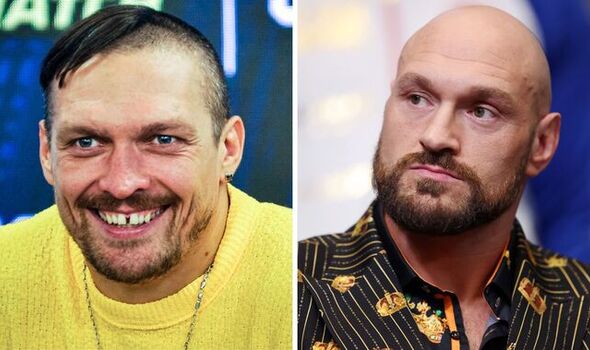 “From the standpoint of sportsmanship, of course it’s not correct [that Fury fight Joshua instead of me].”

When asked whom he would like to face next, Usyk replied: “Deontay Wilder. Wilder is a dangerous fighter, and that fight would most likely be in the United States.”

Canelo admits Khan ‘scared him’ ahead of Golovkin trilogy 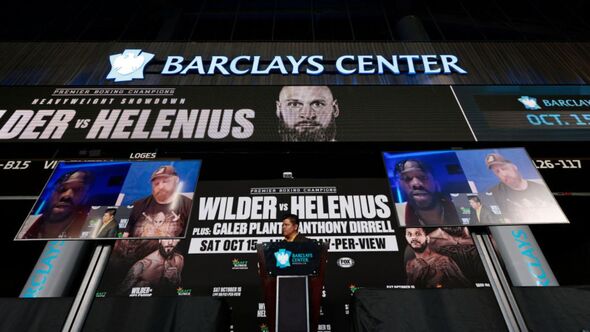 Wilder takes on former sparring partner Robert Helenius on October 15 at the Barclays Center in Brooklyn, New York in a WBC eliminator. The winner is expected to face Andy Ruiz Jr in a final eliminator bout for a shot at the green strap but Usyk’s manager Egis Klimas claims that The Cat will return in early 2023 against the victor.

“Usyk is the heavyweight world champion and look how many statements Fury has made these last few months, he’s retiring, he’s not retiring, he’s fighting Usyk, he’s not Usyk, and now he’s fighting Joshua, you really don’t know what Fury is going to do next,” said Klimas. “If you look in his past at everything that happened, Fury always caused a problem when it came to getting an undisputed world champion. He’s unpredictable.

“What happens when Joshua beats his ass? What will happen next? They will go to a rematch, which will push back the chance to have an undisputed world champion. I think Fury is most likely afraid of Usyk. Why does he run away from Usyk? Why? Because Fury sees danger in Usyk.

“Usyk wanted to fight Fury by the end of the year. You know what, we’re not running after him. We have three belts. He has one belt. Who cares? It’s a situation Fury created. Not Usyk. Usyk would fight Tyson Fury in his backyard. Usyk would fight anyone in their backyard.”