Frank Warren believes a fight between Tyson Fury and Anthony Joshua will break the pay-per-view record for a fight involving British competitors. Warren has forecasted a buy rate of two million purchases dependent on the price.

The record is currently held by Lennox Lewis who generated 1.95million buys for his fight with Mike Tyson in 2002 but the Queensbury Promotions chief is confident it will surpass that.

Speaking to talkSPORT, he said: “It depends on what the price of the fight is, who knows what it would be priced at. I personally think it could hit two million buys.”

A two-fight deal between the pair has been agreed upon in principle since June 2020 but has yet to come to fruition. In 2021 it looked likely to take place, but plans were put on hold after a US court judge ruled that Deontay Wilder was entitled to a third fight against Fury. 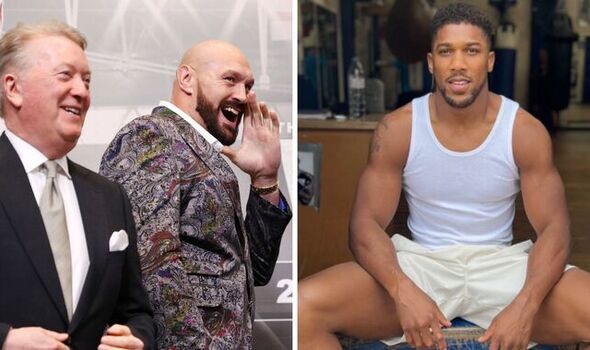 This was only furthered when Joshua lost to Oleksandr Usyk twice. But now, with the Ukrainian confirming that he will be out of action until 2023, Fury has been forced to explore his options in order to make a fight happen this year.

The Gypsy King reached out to Joshua first to offer him a shot at his WBC title. AJ then verbally accepted the offer and asked for the paperwork to be sent over prompting Warren to deliver an official written proposal to AJ’s team.

Usyk offers to join forces with Joshua for Fury showdown 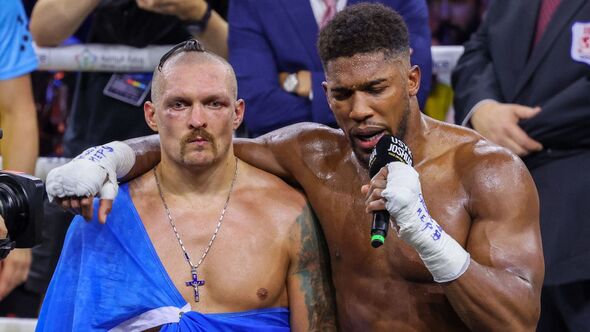 The contract stated that Fury was to be given a 60/40 purse split in a fight taking place at Old Trafford on November 12. Terms were agreed upon by AJ’s team on the condition that the date is pushed back to December 17.

But this request was rejected and countered by Fury, who told the same radio station that he has November 26 at Wembley Stadium or December 3 in Cardiff available instead. Speaking to talkSPORT, The Gypsy King said: “I have seen that they are trying to wriggle a little bit with the date because we officially have Manchester United’s football ground booked for the 12th of November, however, they are saying that is too short.

“So, what I have got that’s even better than that is Wembley Stadium booked for the 26th of November of this year. And if he doesn’t want to go to Wembley at the end of November, I even have a December date for him – the 3rd of December at Cardiff!

“So, take your little pick, dosser. There’s no wriggling!”

Tyson Fury on how he came back from depression, boozing and 28st weight

Joshua makes honest admission on his own future in Ronaldo comparison