Frank Warren has told Anthony Joshua that he must accept the latest Tyson Fury fight offer by today, otherwise, the fight is off.

Warren’s deadline comes after the initial date given in the official bout proposal was questioned by Eddie Hearn. All of the terms were accepted with the exception of the date which was originally given as November 12. AJ’s team countered with the request to push it back one month to December 17 but that has since been denied by Fury who instead offered November 26 or December 3.

Hearn previously stated that December 17 had been booked by Fury’s camp for a fight against Derek Chisora at the Principality Stadium — also known as the Millenium Stadium — in Cardiff, Wales and that fighting on that date would not be a problem. Warren didn’t give a clear answer as to whether this was true during his interview but doubled down on Fury’s new date options. 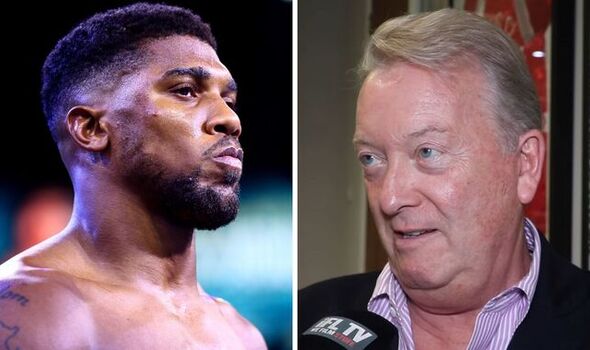 “Tyson’s giving him an opportunity to get back into the big time,” continued Warren. “That’s the bottom line of all this, it’s not nonsense that’s what it is. He’s got a great opportunity to fight for a world title again and see if he’s capable of staying in that big picture and we’ll find out.

“The offer’s there and we need an answer quickly because Tyson has told me this morning again if they do not come back with the thumbs up then we move on. We won’t hang around, it won’t drag on.”

Usyk offers to join forces with Joshua for Fury showdown

When asked what Fury will do next if the Joshua fight doesn’t happen, Warren added “He will fight this year in the UK.” Before confirming that the undisputed unification clash with Usyk is still expected to take place in early 2023.