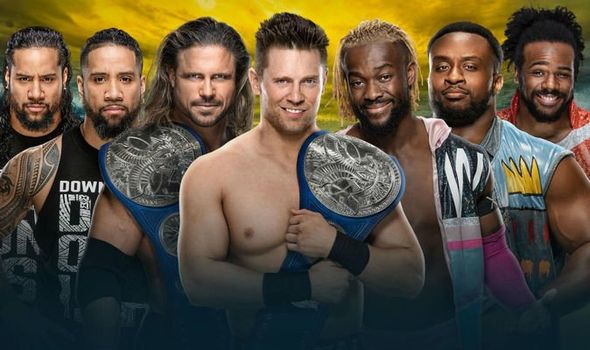 WWE are ready to confirm a change to the SmackDown Tag Team Championship Ladder Match due to ongoing coronavirus fears. Vince McMahon’s promotion had to make various tweaks in the match card as a safety precaution amid rising numbers of COVD-19-related cases and deaths in the US.

According to the publisher and editor of the Wrestling Observer Newsletter Dave Meltzer, SmackDown Tag Team Champions The Miz and John Morrison are no longer scheduled to defend their titles against The Usos as well as Kofi Kingston and Big E of The New Day.

That is because Miz is said to have showed up with flu-like symptoms during last week’s WrestleMania tapings at the Performance Center .

Therefore, The A-Lister has been axed from the Ladder Match but WWE haven’t completely scrapped the entire bout. 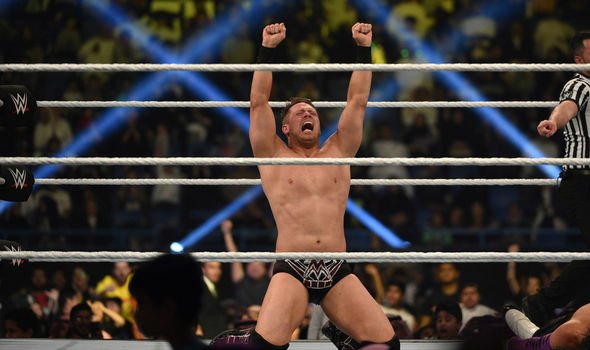 Following the recent development, the wrestling giants are likely to book Morrison in a Ladder Match against either Jimmy or Jey Uso and a member of The New Day under Triple Threat rules.

The news are not yet official but speculation is rampant and so The Miz is unlikely to feature on this year’s Show of Shows, which was taped on Wednesday and Thursday at the Performance Center in Orlando, Florida behind closed doors as a health and safety precaution.

The title match was announced during a recorded episode of SmackDown last Friday and any potential changes will be made official either on Monday Night RAW or Friday Night SmackDown this week.

It was also reported that The Miz’s symptoms led to Roman Reigns pulling out of his Universal Championship Match against Goldberg.

Reigns was scheduled to challenge the WWE Hall of Famer for the blue brand’s esteemed title but plans changed due to the challenger’s history of leukaemia, which puts him at risk amid the ongoing coronavirus pandemic.

Rey Mysterio, Dana Brooke and Murphy have also been removed from the show as a safety measure whereas US Champion Andrade has suffered an injury.

COVID-19 is taking a major toll on the US, where it has recorded the most cases around the globe as 142,735 people have been infected and 2,489 have died.

WWE have refused to cancel WrestleMania and follow the example of other sport franchises, like the Premier League, UEFA and the NBA, that put their season on hold until further notice.

Instead, the wrestling corporation just moved the Show of Shows from the Raymond James Stadium in Tampa, where it was originally scheduled to take place, to the Performance Center.

The event will air this weekend on the WWE Network as a two-part episode, which means there will technically be two main events this year.