Weili Zhang knocked out Joanna Jedrzejczyk with a spinning backfist in their highly-anticipated rematch at UFC 275.

Zhang and Jedrzejczyk produced a bout many labelled as the greatest in women’s MMA history when they last collided in 2020, trading hell for leather before the Chinese star’s hand was raised in controversial fashion.

But this time around there was no need for judges’ scorecards, as Zhang closed the show in the second round of their rematch with a spinning backfist which left Jedrzejczyk sprawled out on the canvas. 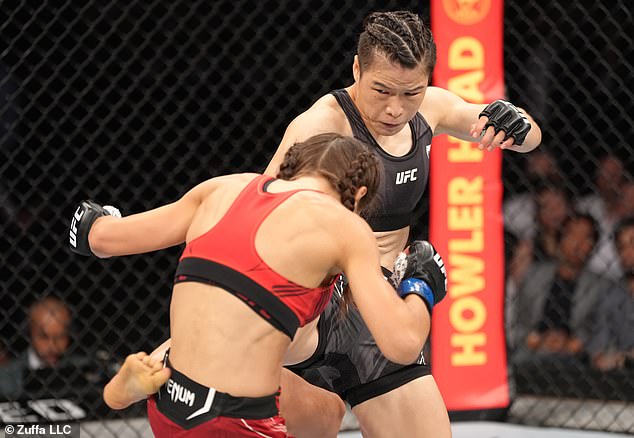 By doing so, she has become only the second fighter to stop the Pole within the distance, as well as bounce back from consecutive defeats at the hands of Rose Namajunas.

As for Jedrzejczyk, the 34-year-old announced her retirement in the Octagon after losing against Zhang for a second straight time. 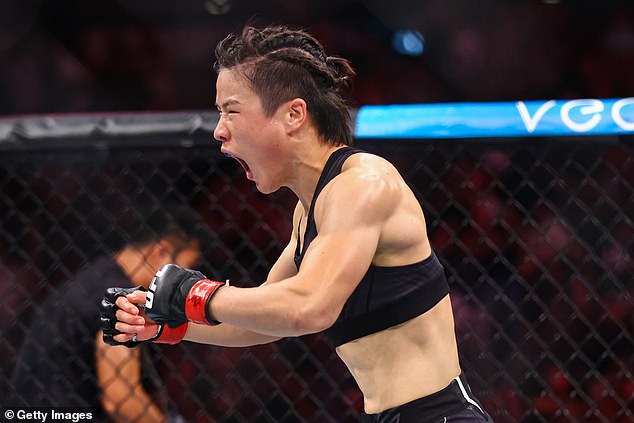 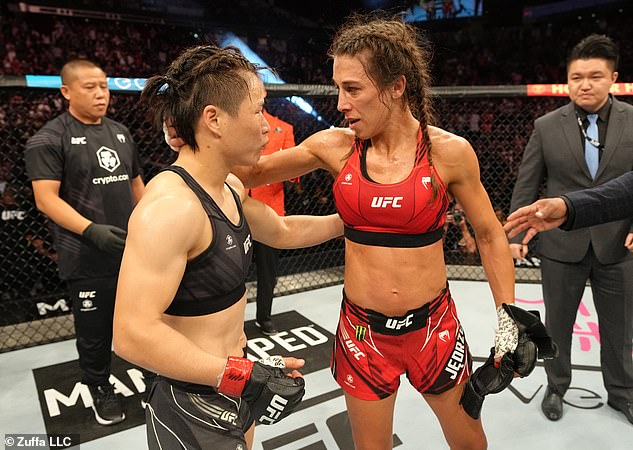 Jedrzejczyk bows out of the sport with a record of 16 victories from 21 professional contests, in which she captured the women’s strawweight title.

She was more than holding her own against Zhang before the knockout blow came, with the veteran firing out of the blocks with a series of punishing leg kicks.

Jedrzejczyk was also tagging the 32-year-old with some stinging shots, although her opponent continued to show her natural strength throughout.

Then Zhang, looking for a takedown as Jedrzejczyk came charging in while also bludgeoning her with a number of elbows, then uncorked a spinning backfist to floor her great rival to the point of no return. 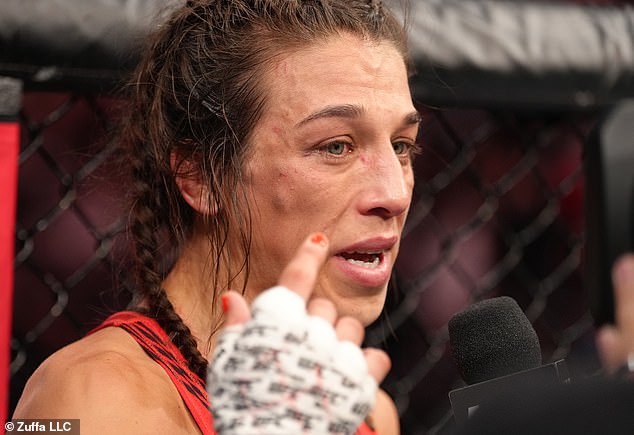 After the defeat, Jedrzejczyk announced her retirement from the sport at the age of 34

‘I’m very, very happy for this fight,’ Zhang said. ‘I told myself I would use all my assets to beat my opponent.

‘I’m very, very calm and relaxed for this fight. I really want to say to Joanna, she is a fighter, she is a warrior.’

Zhang has propelled herself into contention for another UFC title shot, with 115-pound champion Carla Esparza now in her sights.

AJpromises destruction after being riled in verbal joust with Pulev