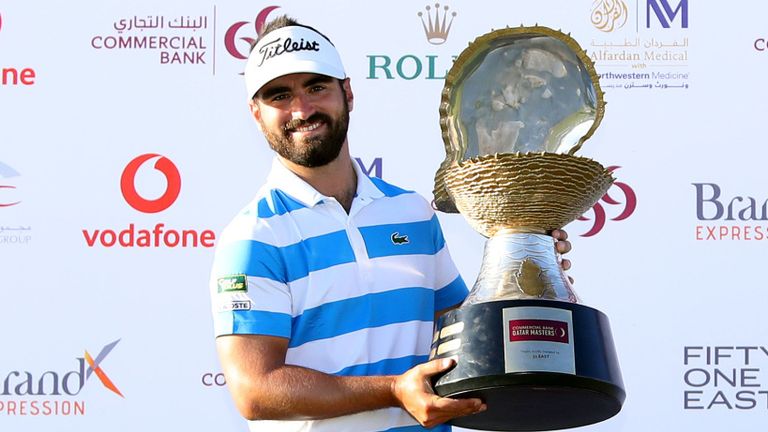 Antoine Rozner produced one of the longest winning putts ever seen on the European Tour as he holed from 60 feet on the final green to clinch victory at the Commercial Bank Qatar Masters.

With Guido Migliozzi preparing for a probable playoff having fired a superb closing 65 at the Education City Golf Club in Doha, Rozner faced a tough task to get down in two from long range after his approach came up short.

But the Frenchman defied the difficulty of the putt and, although it appeared that he had given it a little too much pace, his ball broke left down the hill over the second half of its long journey, hit the pin and dropped into the hole for his fifth birdie of the final day.

His magnificent finish capped a 67 and took him to eight under par, one ahead of Migliozzi who would have to settle for a share of second when overnight-leader Darren Fichardt (71) and Gaganjeet Bhullar (69) both birdied the final hole.

Rozner, who landed his maiden European Tour title at the Golf in Dubai Championship in December, was three shots behind overnight but vaulted into contention with three straight birdies from the fifth before giving one back at the eighth.

He then reeled off nine successive pars while Migliozzi was making his move to the top of the leaderboard, following an outward 32 with birdies at the 11th and 16th, and two pars completed a bogey-free round and set the clubhouse target at seven under par. 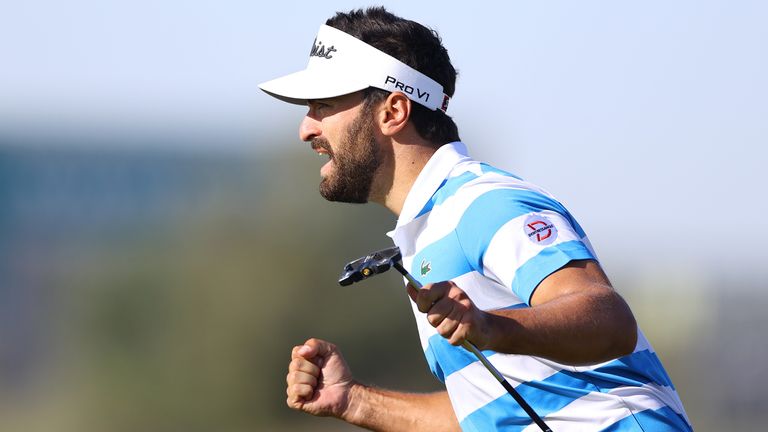 Fichardt’s hopes were dashed by three birdies in five holes around the turn, leaving Rozner as the biggest threat to Migliozzi’s bid for a third victory, and his first since the Belgian Knockout in 2019.

The Italian would have fancied his chances when Rozner was lining up his huge putt at the last, but Migliozzi was soon packing his bags after seeing the putt find the hole.

“It’s unreal,” said Rozner, who has played in only 29 European Tour events, making his second win the fastest ever for a Frenchman. “In my biggest dreams I couldn’t imagine anything like this happening. It’s probably the biggest putt of my career – amazing.

“It’s so early in my career, only my second year on tour. I’m playing great so I’m just going to keep doing what I’m doing, playing the way I’ve been playing the last two years and I’m excited to see what the future holds for me. It’s very promising.”

Former Ryder Cup star Jamie Donaldson got to five-under after back-to-back birdies at six and seven, but the Welshman could not build on his run and parred the final 11 holes for a 70 and a share of fifth with England’s Richard McEvoy, who mixed six birdies with three bogeys in a 68.