Viktor Hovland held off a pulsating final-round challenge from Martin Kaymer to clinch a historic two-shot victory at the BMW International Open in Munich.

Kaymer piled the pressure on the overnight leader with a closing 64 and was tied for the lead on 17 under, but Hovland exhibited composure beyond his years down the stretch and birdied three of the last six holes to become the first Norwegian to claim a European Tour title.

Despite being eight shots behind when he began his final round, and nine back after he bogeyed the first hole, Kaymer emerged as the biggest threat to Hovland as he delighted the locals with a barrage of birdies, making four in a row round the turn to race to 15 under.

The former world No 1 holed another great putt for birdie at 15 and completed a devilish two-putt for a four at the long 16th to join Hovland in a tie at the top, but Kaymer’s hopes of a first win for seven years were undone by a poor tee shot to the short 17th. 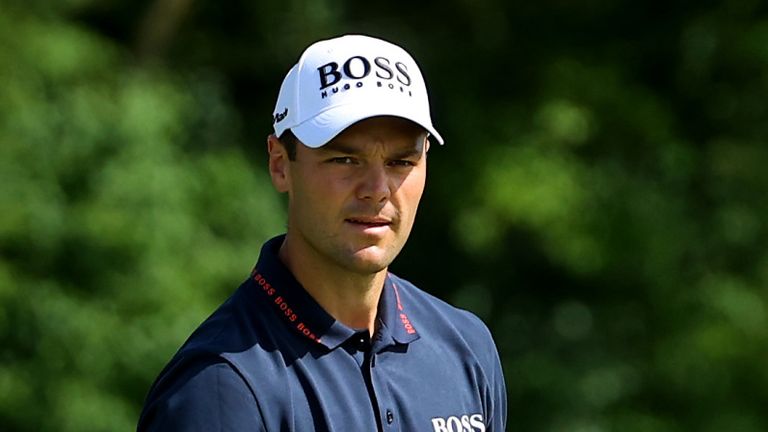 A weak chip left him unable to save par, although he almost produced a grandstand finish when his wedge to the last shaved the edge of the hole and settled 12 feet behind the pin, from where he rolled in his 10th birdie putt of the day to cap his lowest round on Tour since 2015.

Hovland, playing in only his second event as a professional on European soil, had earlier recovered from a nervy start as he offset a bogey at the second with a priceless birdie at the fifth, although he missed out on birdies at the three par-fives over the next six holes.

But the 23-year-old refused to panic when Kaymer tied him for the lead, edging ahead with a birdie at 13 before a stunning pitch to three feet at the driveable 16th set up the birdie that gave him a comfortable cushion for the closing two holes.

Hovland did not make his march to the title easy for himself as he bogeyed the 17th, but his aggressive approach paid off at the last, where he followed a perfect drive with a bold fairway-wood to the heart of the green.

The world No 14 safely two-putted from 35 feet for his fourth birdie of the round, returning a two-under 70 and etching his name into European Tour history, the perfect riposte to his enforced early exit from last week’s US Open when he was unable to complete his second round due to sand in his eye.

Kaymer’s score of 17 under secured him outright second place and revived his belief that he could force his way into the European Ryder Cup team in a playing capacity, having been unveiled as an assistant captain by Padraig Harrington earlier this week. 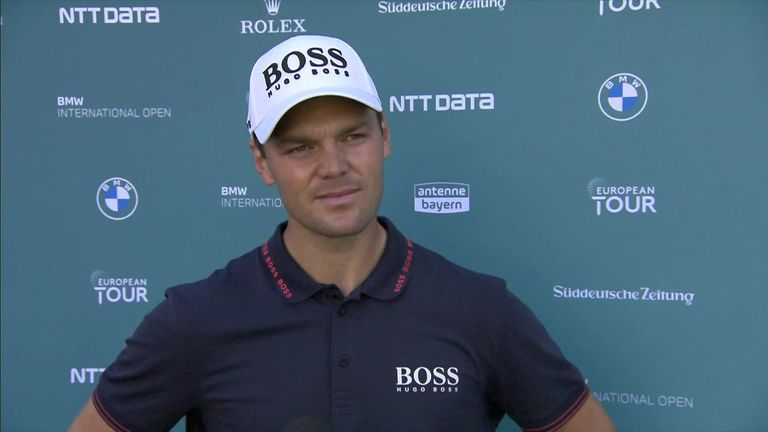 Jorge Campillo needed to eagle the last to join Kaymer in a share of second place, but the Spaniard’s bid to find the green in two came up short and into the water hazard, although he almost pitched in for birdie from the drop zone and settled for par, a 71 and outright third.

Victor Dubuisson just missed out on a podium finish, but he did post his best result since 2017 as a closing 67 lifted him to 14 under, one ahead of first-round leader Sam Horsfield and 2016 Ryder Cup star Andy Sullivan.

Bernd Wiesberger also joined the seven-way share of fifth after the Austrian completed a disappointing weekend with back-to-back 70s, while Vincent Norrman’s 66 earned him a top-five finish in his first start as a professional, a memorable week for the Swede which included a rare albatross hole-in-one at the 16th on day three.