Cameron Smith’s push to reach the top of the world rankings was dealt a surreal and significant blow when he was penalised before hitting a shot in his fourth round at the FedEx St Jude Championship.

The Open champion, who is expected to join the breakaway LIV series, was due to start his final round at TPC Southwind just two strokes behind the overnight leader, JJ Spaun.

With a win in Memphis needed for Smith to replace Scottie Scheffler at the top of the global standings, he endured the pre-round gut punch of being summoned to the rules office, where he was informed he had played from the wrong place on the fourth hole a day earlier in round three. 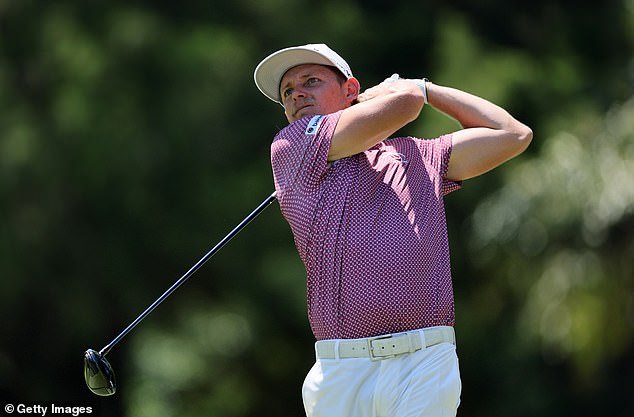 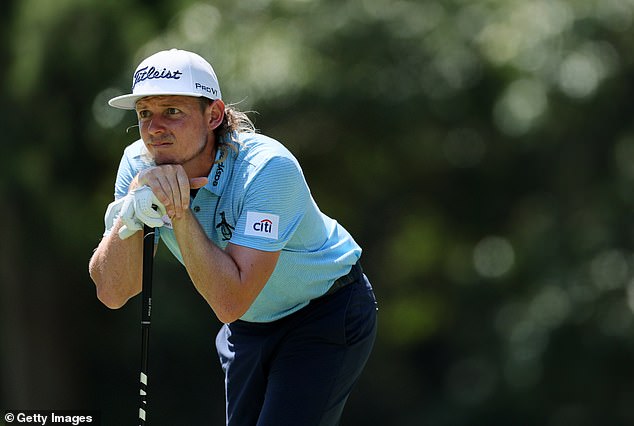 For that offence, the Australian was assessed a two-stroke penalty, which dragged him down to nine under, four shy of Spaun.

The incident related to an errant tee shot into the water at the par three. In what appears to have been a case of Smith not knowing the rules around a common scenario, rather than any attempt to gain an advantage, his dropped ball came to rest on the penalty line, when it is obligated to be entirely in play.

The infraction of then playing from the line was only noticed on TV replays yesterday morning, leading to a penalty that some will consider harsh.

The 28-year-old briefly recovered with a birdie at the first, but he dropped strokes at nine and 10. At the time of going to press, Smith was eight under through 11, six behind Will Zalatoris, the three-time major runner-up who was chasing his first PGA Tour victory. 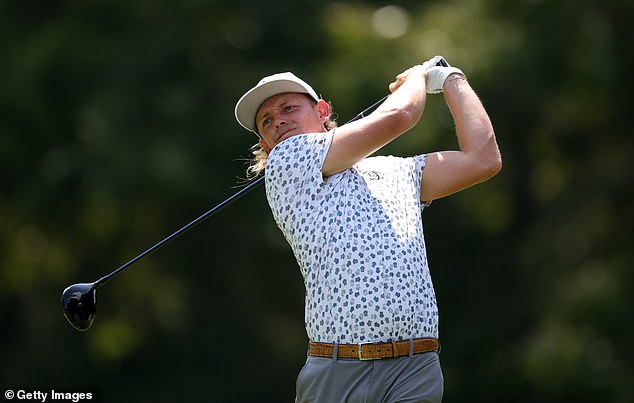 It knocked his bid to become world number one, leaving him four shots off leader JJ Spaun

In discussing the Smith infraction, PGA Tour referee Gary Young said: ‘I thought it was simply going to be a situation where I asked Cam the question and he was going to tell me that he was comfortable that his ball was outside the penalty area.

‘When I asked him the question, unfortunately he said, “No, the ball was definitely touching the line”. He just wasn’t aware that no portion of the ball could be touching the line. He just accepted the two-stroke penalty and he very calmly left the office. Cam is a complete gentleman and took it that way.’

Smith’s performance at the first of the three FedEx Cup play-off events came under considerable scrutiny owing to the expectation that he will join Greg Norman’s rebels after the lucrative Tour Championship at the end of this month. 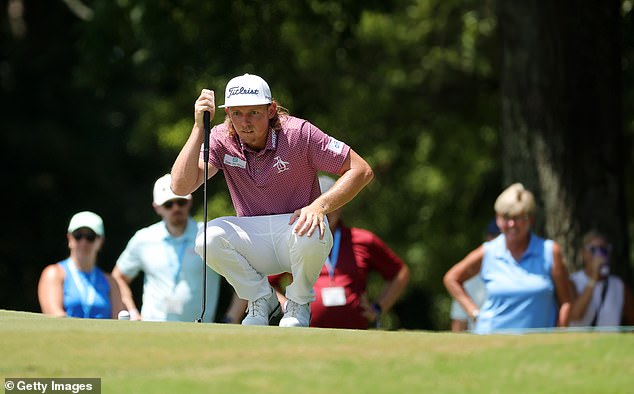 He has refused to deny reports of a defection worth £82million since winning the Open in July.

The Scot, 26, who won the Qatar Masters in March, said: ‘My mum and dad were supposed to be here this week but the last tournament they watched didn’t go so well so I banned them because I said I need to focus.’

In the women’s tournament, Sweden’s Maja Stark claimed a five-shot victory from American Allisen Corpuz, with England’s Georgia Hall a stroke behind in third.

BMW PGA: Ian Poulter rewarded for persistence amid back spasms at Wentworth