Tyler Koivisto made a winning start to life on the Challenge Tour by completing a shock two-shot victory at the Northern Ireland Open Supported by The R&A.

The 27-year-old spent three years as a school teacher after graduating from college and only gave up his job two years ago to pursue a career as a golfer, with Koivisto’s appearance in Ballymena his first ever in an Official Golf World Ranking (OWGR) event.

Koivisto took full advantage of his late invitation to play at the Galgorm Spa & Golf Report, with the American following a round-of-the-week 62 on Saturday with a three-under 67 on the final day to end the week on 13 under and receive the top prize of €32,000 (£28,500). 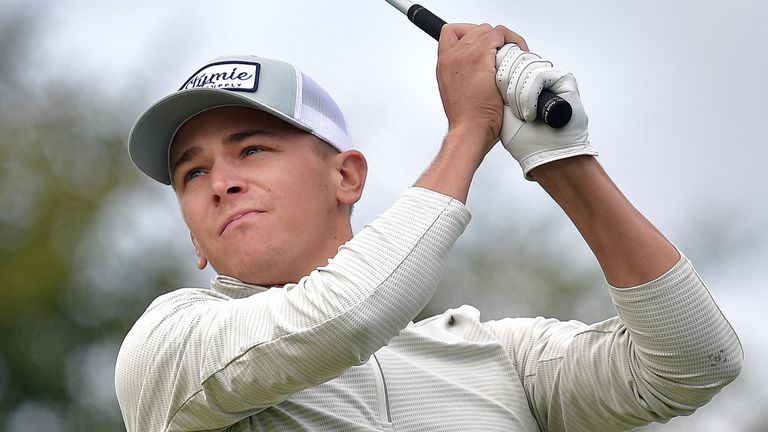 “They called me up last week and asked me if I could fly to Northern Ireland and I said yes, I’m going to take any opportunity I can get. I was mostly playing mini tour stuff in the States, some Monday qualifiers and I taught for three years.

“I think my mentality was good this week. I was really relaxed, not really caring and in terms of expectations I was just hitting golf shots and having fun. I had a blast this week on the course. I didn’t really worry too much about the results.”

Koivisto – starting the day with a three-shot lead – parred every hole of his front-nine before posting back-to-back birdies from the tenth and then cancelling out a blemish at the 14th by picking up a shot at the par-four next. Kristian Krogh Johannessen had birdied three of his last four holes to close the gap to a shot and set the clubhouse target at 12 under, only for Koivisto to seal his win with a birdie at the par-five last.