European Ryder Cup star Ian Poulter refused to comply with orders which asked LIV Golf rebels not to wear clothing branding the series at Wentworth. Despite allowing members to compete in the Wentworth event European Tour CEO Keith Pelley asked members not to wear LIV Golf branded clothing and to respect the Tour which ‘gave them the platform for their careers’. The tournament has been suspended until further notice after the Queen’s death.

Poulter, whose contract with LIV Golf is believed to be worth £22million, said that he had a right to wear clothing from the series at the DP World Tour event. The five-time Ryder Cup winning team member is one of 17 LIV Golf members competing at this weekend’s DP World Tour at Wentworth.

Members of the series are allowed to play in DP World Tour events after having their suspensions “temporary stayed” until the outcome of a legal hearing next February. Poulter, who sits in joint 25th a -3 and five shots off the lead after the opening round, has defied the orders by wearing a symbol of his LIV Golf team on his shirt.

Golf writer Rex Hoggard said: “European tour CEO Keith Pelley asked the LIV players in this week’s BMW PGA field to not wear their LIV team gear. Most did not. Ian Poulter did, with the logo of his team on his shirt. 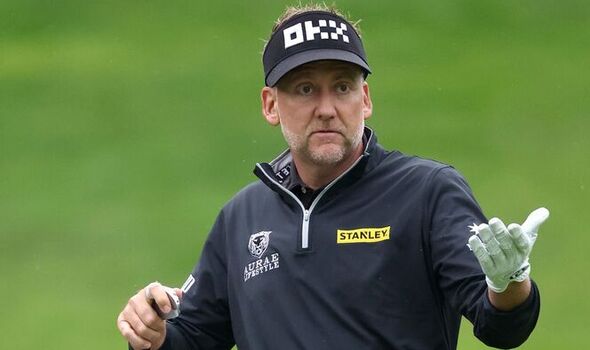 ‘This is a business I own a part of and I have a right to wear it,’ he said.” Earlier this week Poulter was filmed in a heated exchange with PGA Tour member Billy Horschel who has criticised the participation of LIV Golf members at Wentworth.

Despite tensions boiling over between members of the rival golf series, Poulter has downplayed the animosity. “It’s been absolutely fine,” he told Sky Sports. “I’m not going to say an awful lot about it, my phone number hasn’t changed at all. I have spoken to a few of the boys. It doesn’t seem to be a problem from my time talking to them. 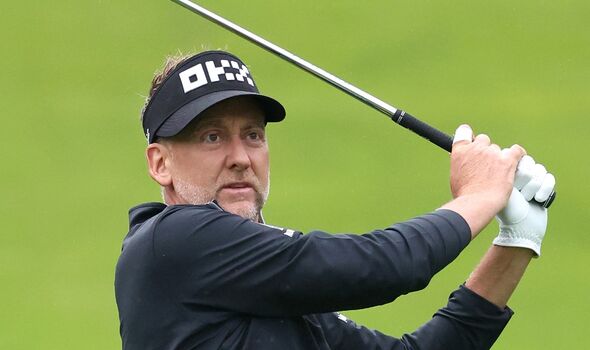 Tour CEO Pelley addressed the media before this weekend’s tournament and asked those LIV Golf members competing not to “show disrespect towards the tour which gave you a platform to build your career”. He added: “I often get the question, why can’t we work with both the PGA Tour and the Saudis. We tried.

“But the Saudis remain determined to set up a new series outside of the current ecosystem. That decision has created the conflict we see today and we chose to partner with the leading tour in the game.”

No free drop after Thomas’ shot stops near drain