Dustin Johnson believes he needs to see an improvement off the tee if he’s to convert his halfway lead at the Tour Championship into FedExCup victory.

The world No 1, looking to win the FedExCup and its $15million jackpot for the first time, battled to a level-par 70 to move into a one-shot lead heading into the final two days at East Lake.

Johnson only found two fairways off the tee during his second round but mixed three birdies with as many bogeys to get to 13 under, with a two-putt gain at the last edging him ahead of a congested leaderboard. 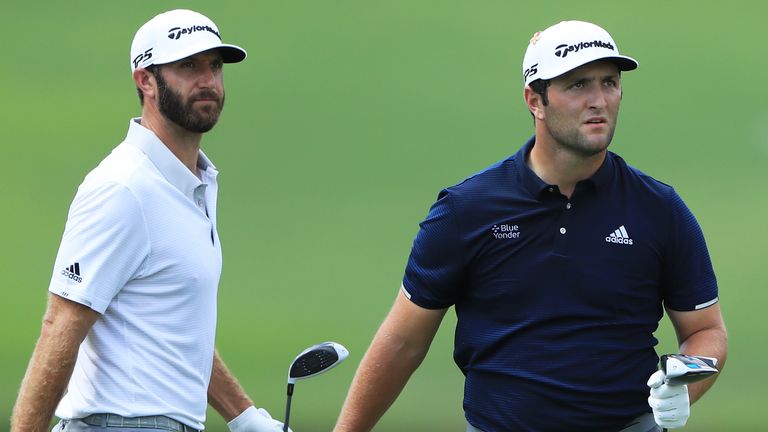 “I wouldn’t really say I struggled with my ball-striking, more driving it in the fairway,” Johnson said post-round. “It’s hard to strike it well if you’re not in the fairway here. The few shots that I did hit off the fairway, I felt like I hit them pretty good.

“I need to drive it a little better over the weekend if I want to win this golf tournament. Obviously I’m still in a good position, but I’ve got to hit it in the fairway over the next two days if I want a chance to win this.

“I feel like everything else is really good. I feel like I’m swinging my irons well. I’m rolling it really well. If I can get in the fairway a few more times over the next few days, then I think I’ll be alright”

Johnson started the day tied for the lead with Jon Rahm, winner of last week’s BMW Championship, only for the Spaniard to card a double-bogey and two bogeys over his closing eight holes to post a four-over 74. 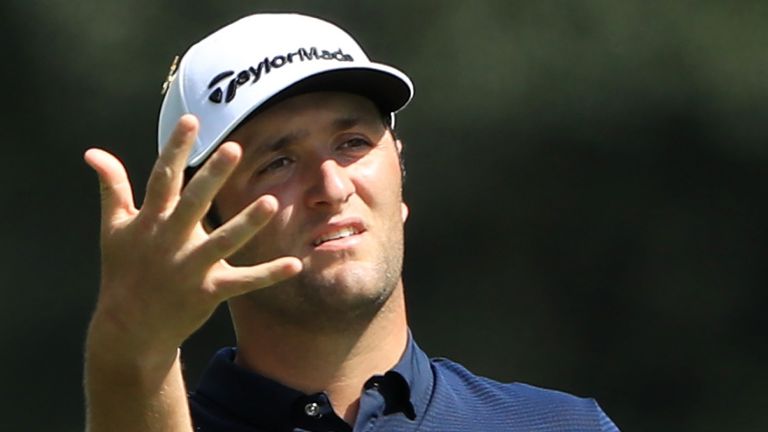 “I think it’s one of those days I can’t escape here,” Rahm said. “That’s been my downfall pretty much every time I come. I can’t escape the one day where just nothing goes right and I can’t really post a score.

“I hit it really good off the tee and a few that I missed really penalized me. Yesterday was the opposite, as the few that I hit in the fairway I capitalized. Today I couldn’t get the ball close enough or make any putts at all.

“I’m four back going into the weekend. Anything can happen. I’ve made up larger distances, and certainly not going to give up on this one. So hopefully I can play solid golf from now on.”

2017 FedExCup champion Justin Thomas – playing alongside Rory McIlroy – briefly moved within one of the lead, only to bogey two of his last five holes to slip back to ten under and three off the halfway pace. 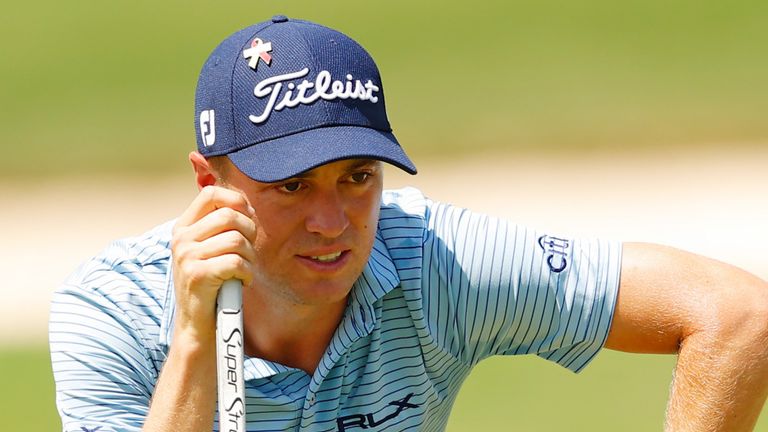 “I played miles better than one-over-par,” Thomas said. “I should have never shot over par today with how well I played. I’m doing a lot of good things. I just had a hard time hitting some putts hard enough there in those first four, five, six holes I’d say.

“I’m sure if a lot of other people would have putted like me they wouldn’t be where they are. I’m very pleased with how the rest of my game is doing.