Home » European Tour: Richard Bland part of five-way tie for the early lead at Made In HimmerLand 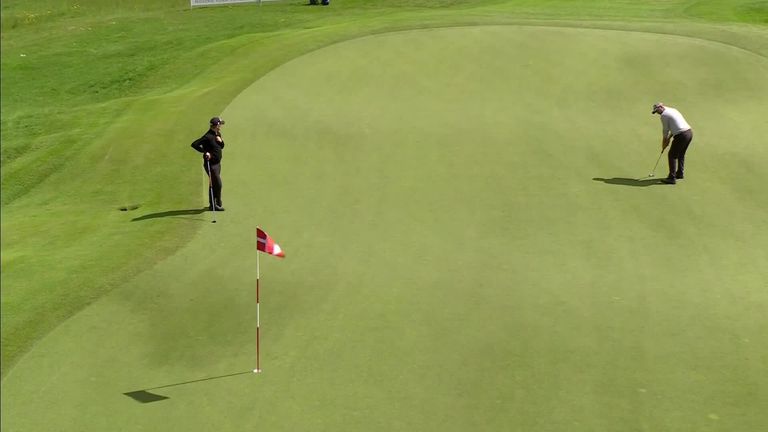 Richard Bland followed his historic Betfred British Masters success by grabbing a share of the early lead at the Made in HimmerLand in Denmark.

The 48-year-old, who register his maiden European Tour title at the 478th time of asking at The Belfry earlier this month, posted a five-under 66 at the Himmerland Golf & Spa Resort to sit in a five-way tie at the top of the leaderboard after the opening day.

Bland, beginning on the back nine, rolled in a six-foot birdie at the 11th and ended a run of pars with a chip-in from off the green at the 18th, before recovering from having to take a penalty drop in the trees at the fifth to hole a 40-footer and pick up a shot to get to three under. 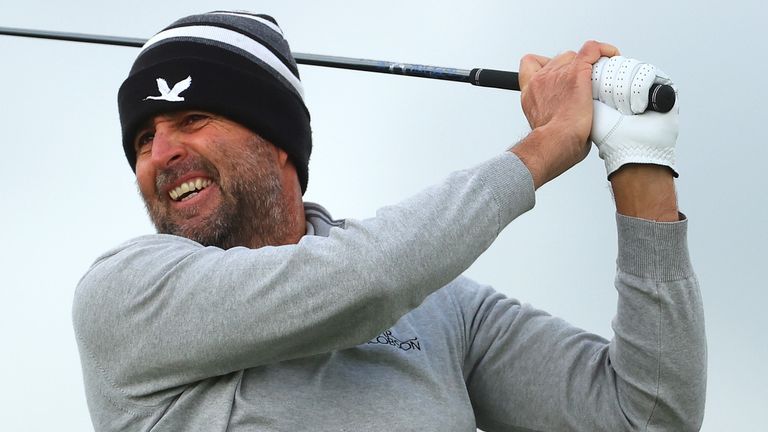 The Englishman made a 10-foot birdie at the sixth and cancelled out a bogey at the next by holing a 15-foot eagle on his final hole, leaving Bland on five under alongside Bernd Wiesberger, Pablo Larrazabal, Yikeun Chang and Lauri Ruuska.

“I was just happy to get back out playing to be honest,” Bland said. “I hadn’t really done a lot last week, I played once with some friends and did a little bit of practice. I was coming in a little bit unprepared, but sometimes that’s not always a bad thing. I just tried to carry on where I left off and managed to do that.”

Larrazabal mixed an eagle with three birdies and Chang birdied three of his last five holes to also get to five under, while Ruuska fired a hole-in-the one at the par-three 16th and made a final-hole birdie to move into a share of the lead.

Wiesberger jumped up the leaderboard when he made three straight birdies from the fourth and fired his approach from the rough at the par-five eighth to tap-in range for eagle, before responding to bogeys at the ninth and 13th by getting up and down from the sand to pick up a shot at the 17th. The world No 65 then drained a 30-footer at the last to increase the number tied at the top, with compatriot Matthias Schwab a shot off the pace in tied-sixth alongside Dimitrios Papadatos, Jonathan Caldwell and Laurie Canter.

“Quite a solid day and I’m very happy with the start,” Wiesberger said. “We had a pretty good game plan and executed it for most of it. A couple of putts dropped as well, which is something good for a first day.”

Former Ryder Cup players Thorbjorn Olesen and Ross Fisher are both in the group tied-tenth that also includes British duo Oliver Farr and Dale Whitnell, while Robert MacIntyre – the highest-ranked player in the field – is three strokes back after a two-under 69.

Watch the Made In HimmerLand throughout the week live on Sky Sports. Live coverage continues on Friday from midday on Sky Sports Golf and Sky Sports Main Event.

Zozo Championship: World No 1 Dustin Johnson not ready to return after Covid-19 scare