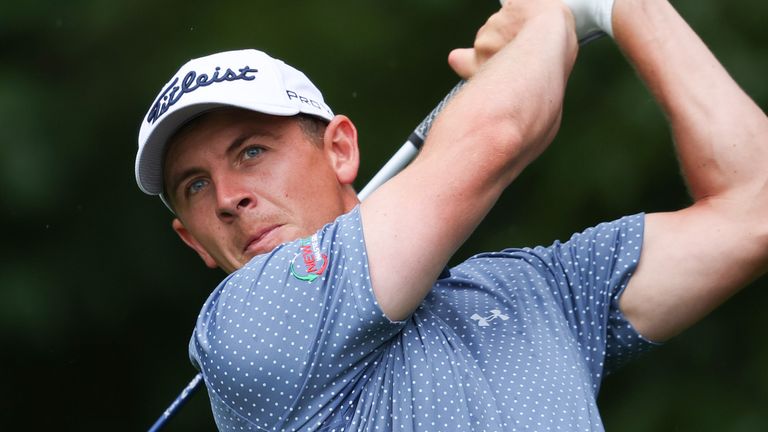 Grant Forrest stormed into a share of the third-round lead with Calum Hill as David Law added to a strong home challenge at the Hero Open.

Inspired by the putting of overnight-leader Lucas Bjerregaard on Friday, Forrest hit back from a bogey at the first to fire a sensational 10-under 62, with six consecutive birdies mid round and four more over the final six holes at Fairmont St Andrews.

Forrest’s change of putting technique worked wonders as he powered to 18 under par, a score matched only by compatriot Hill after he had threatened to open up a sizeable lead following an outward 31.

Hill’s momentum stalled with bogeys at the 10th and 14th, but he recovered with birdies at 15 and 18 to claim a share of the lead with Forrest, with Law making it three Scottish players in the top five heading into Sunday’s final round.

Law was one of only four players to keep a bogey off his card in the cool and blustery conditions on the Fife coast, carding a six-birdie 66 to move to 16 under along with Bjerregaard, who double-bogeyed the second and parred the last 11 holes in his 71. 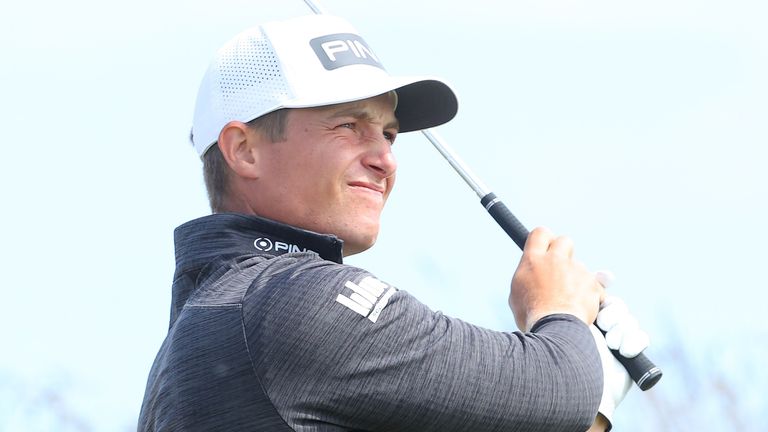 Spaniard Santiago Tarrio, the runaway leader in the Challenge Tour’s Road to Mallorca, jumped into outright third place on 17 under after a 67, but the day belonged to an overjoyed Forrest as he looks for a big finish to move into the all-important top 60 on the Race to Dubai.

“It was one of those days, with a bogey start as well and you’re thinking it’s not an ideal start,” said Forrest, whose tie for fourth at the Irish Open was his first top-10 finish of a disappointing year.

“The first couple of days I played nicely but couldn’t get anything going and didn’t really make a putt. Today I changed my putting grip and I made pretty much everything. I think Lucas’ putter from yesterday might have rubbed off on me a little bit!

“I just felt I wasn’t hitting putts solidly and I went back to left over right, which I’ve done in the past so it’s not something new. It feels natural. I hit loads of really good putts today. It’s tough making putts in that wind, you need a little bit of luck and I got that. I’m delighted.

“I’ve been playing better tee to green since Germany onwards. I had a good week at the Irish Open and then last week I didn’t really play poorly I just didn’t score and ended up missing the cut. I’ve been feeling confident in my game so I’m just trusting that and trusting the good scores will come along.”

Forrest, like Hill and Law, was also excited to see a trio of Scottish saltires at the top of the leaderboard heading into the final 18 holes, and all three are spurred on by the prospect of winning on home soil. 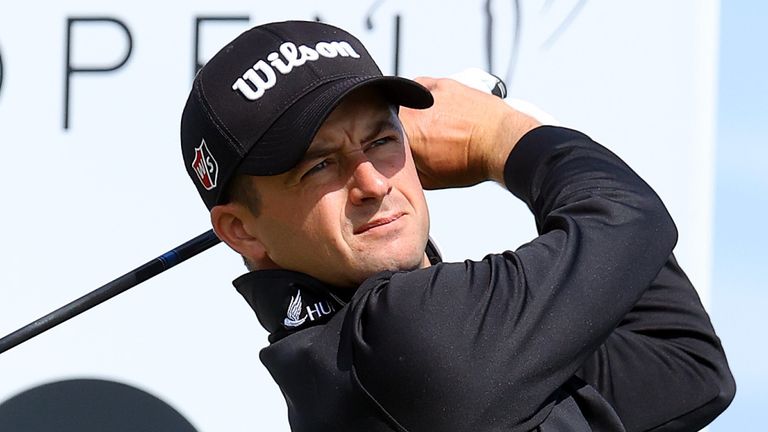 “I’m very determined,” said Hill. “This is what you play for isn’t it? I’m looking forward to it with the home crowd and family watching, I’ll be giving it my best.”

Law, the only one of the three Scots with a European Tour title in the locker, added: “It would mean a lot to win at home. I’ve not been in this position, up there trying to win a golf tournament, for a couple of years.

“I’ve been playing good golf and I’m comfortable in these situations. I’m really looking forward to it, it’s why we practise and why we play. I’m excited.”

England’s Matthew Jordan is just three off the pace after a 67 got him to 15 under with Berry Henson (68), while previous European Tour winners Jordan Smith (66) and James Morrison (67) are four behind, with Smith particularly frustrated having taken the gloss off his card with a closing bogey six.

Justin Thomas retained by sponsor Citi, with the player donating to LGBTQ causes

When is ‘The Match 3’? Time, TV schedule for the Barkley-Mickelson vs. Curry-Manning golf match