Sports entrepreneur and manager to the stars, James Erskine, believes Cameron Smith should not be subjected to moral judgment for eventually taking up a $140 million offer from Greg Norman’s Saudi-backed LIV Golf.

Once manager to some of sport’s biggest names including Tiger Woods, Muhammad Ali and Shane Warne, and currently David Warner, Erskine claimed any criticism of Smith for joining a tour supported by Saudi Arabi is misguided despite the country’s poor human rights record.

“So many people do business with Saudi Arabia and the Middle East, where they have very different rules and regulations and different respect for women,” Erskine said.

“But you can name just about any company and they will probably have a link to Saudi Arabia, Rolex, Range Rover, Rolls Royce, Ferrari. Everyone’s doing business with them, so I think it’s very unfair to turn around and say because you’re a professional golfer, you shouldn’t deal with Saudi Arabia.”

“Saudi Arabia is an important trading partner in the Middle East region for Australia. There is significant potential for economic ties to grow, given areas of complementarity in agriculture, mining services, education and construction,” the Department of Foreign Affairs and Trade website says. 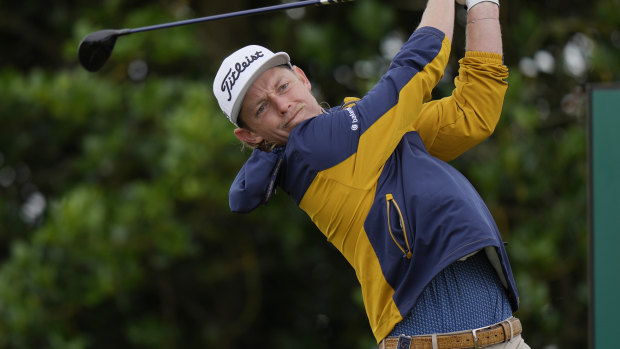 Erskine, who once managed Norman as part of his IMG portfolio, said that like World Series Cricket in the 1970s and rugby league’s Super League war in the 1990s, the current golf war revolves around control of the sport. It has nothing to do with morality.

“LIV Golf is about Norman and others having a beef with the US PGA Tour thinking they’ve got too much control. About 25 years ago Norman tried to do a tour and it failed.

“Basically, Greg Norman is doing it for money. Of course, he is being highly, highly paid. Greg Norman is a very monetary person. I’m not saying it’s right or wrong. But basically, that’s the truth.

“If anyone says that money is your God, at the end of the day, you sign with LIV.

“It’s called professional golf because of the money, but there’s no doubt that the Greg Norman LIV series does nothing for professional golf. It does help those 48 players make more money than they would actually make normally, and the fact is that most of them are basically past their use-by date.

“It’s destabilising the fabric of professional golf. I’m on the board of the PGA of Australia and we have to look after all professionals and professionals coming up. They all start as amateurs somewhere and are nurtured through the pathway so they could play golf, and then they get cards and qualify professionally.”

Anyone who plays in a LIV event is automatically banned by the PGA Tour, but Erskine says the bans would not apply in Australia and Smith would be “welcomed with open arms.”

Despite the current golf divide, Erskine is hopeful the rebel series will help force a proper PGA world tour including Australia and New Zealand in a sport currently dominated by the United States.

“If I was heading up the US, PGA, or the European PGA, I would turn around and say, ‘Come on guys, we’re going to create our own world tour’,” Erskine said.

“With Australia and New Zealand and Asia, golf can find a way forward. A true world tour where all the top players could come and play on a regular basis and play for big money in countries which can’t necessarily raise the huge amount of money required. That would be awesome,” Erskine said.

“That’s what everyone should be striving towards. You could have a choice of watching a proper, US PGA Tour with all the top players playing in Australia, rather than 48 players playing some team thing that no one can understand and basically most of them being has-beens.

“No one watches it. About 80,000 people watch the last one, compared to the average three million people watching a normal PGA Tour event. It’s ridiculous.”

“Everyone’s got to be a bit careful because the shareholders of golf are the people that follow it, the punters that go and watch it and the sponsors who sponsor it.”

Tiger Woods finds positives after improved third round at Memorial