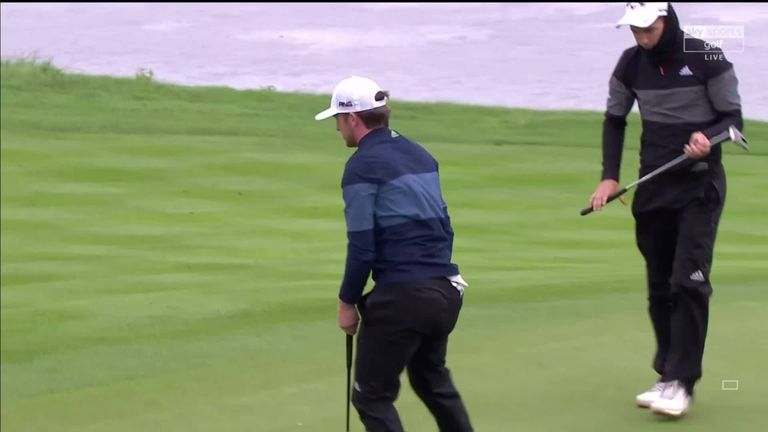 Scotland’s Connor Syme continued his impressive form at the Celtic Manor Resort to open up a two-shot lead at the halfway stage of the ISPS Handa Wales Open.

A week from posting his best finish of the season – at the same venue – with a share of third at the Celtic Classic, Syme followed an opening-round 66 with a one-under 70 in tough conditions to head into the weekend on six under.

Syme battled strong winds and heavy rain on Friday morning at the Twenty Ten Course, cancelling out a blemish at the third with birdies at the tenth and 15th before bouncing back from a three-putt bogey at the 16th to pick up a shot at the par-five last. 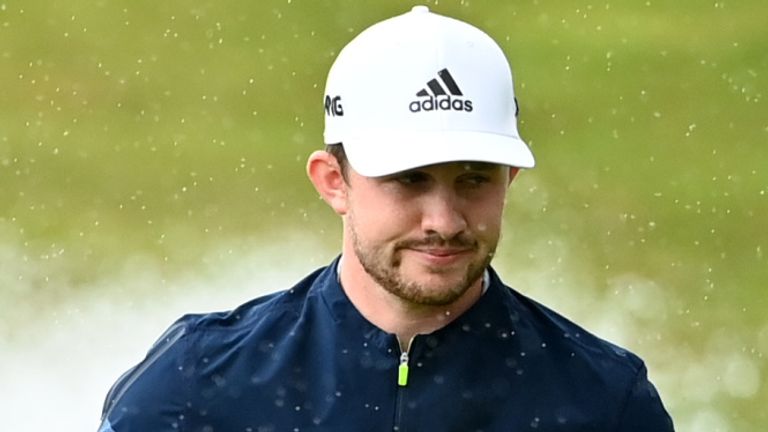 “That was brutal, to be honest,” Syme said. “I thought yesterday was tough, but going through what we went through there, we got quite lucky yesterday.

“It was a real grind, some of the hardest conditions I’ve played in. Practising on the putting green it (the ball) was moving a lot so I wasn’t sure if we were going to get started, but I’m delighted with 70.”

Overnight co-leader Jordan Smith is part of a six-way tie for second after posting a second-round 72, with Liam Johnston, Sebastian Soderberg, Haotong Li, Nacho Elvira and Sihwan Kim also in the group on four under.

“It was borderline out there with how quick those greens were and the wind,” Smith said. “I don’t think we should have been out there but you’ve got to deal with it and get on and that’s what we did and managed to grind out a score. 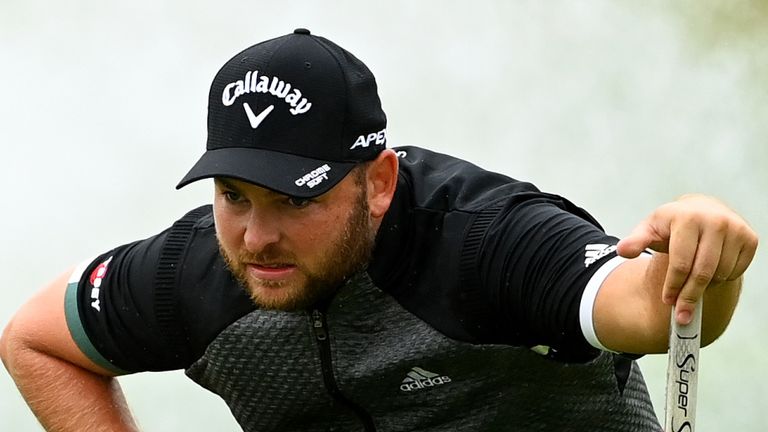 “It was just one of those days but I’m happy to be in and happy with one over, really happy. I thought it was going to be a battle and it was. I managed to control the ball flight really well and if I did get into any bad spots managed to get out.”

AT&T Pebble Beach Pro-Am will go ahead, but without the Pro-Am