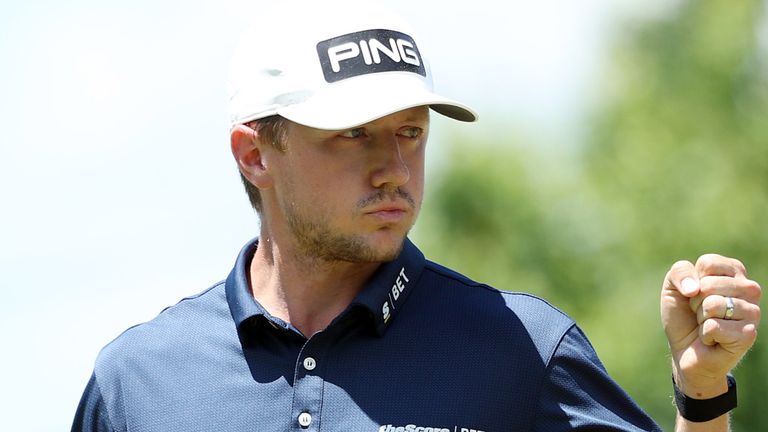 Mackenzie Hughes holds a three-shot advantage after the opening round of the Travelers Championship, with Rory McIlroy part of the chasing pack.

Hughes threatened a “59 round” on a day of low scoring at TPC River Highlands, with the Canadian carding 10 birdies in a bogey-free 60 to move to the top of the leaderboard.

The world No 158 holed a 30-footer at the 11th and made five straight birdies from the 14th to reach the turn in 29, before holing a six-footer at the second to move alongside McIlroy – who set the clubhouse target with a seven-under 63. 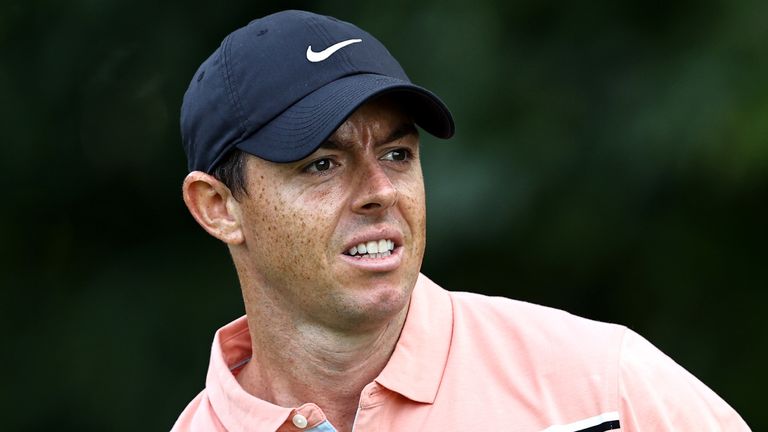 Hughes followed back-to-back gains from the sixth by nailing a 30-footer at the par-three eighth, leaving him needing a final-hole birdie to shoot a sub-60 round, only for him to leave his long-range effort short and having to settle for the closing par.

“I was really trying to make sure I just gave it [putt on his final hole] a chance and roll it past the hole and I don’t know, just didn’t hit it,” Hughes said. “Still super-excited about shooting 60 and it’s a round that I’ll remember for a long time.”

McIlroy, playing alongside Phil Mickelson and Bryson DeChambeau, eagled the 13th and posted back-to-back birdies from the 14th before making his only bogey of the day after finding thick rough off the tee at the par-three 16th.

The world No 1 made a tap-in birdie at the second and holed a 15-footer at the fourth, before getting up and down from a bunker to birdie the par-five sixth and convert from six feet on his final hole. Xander Schauffele closed in on Hughes after mixing nine birdies with a sole bogey over his opening 15 holes, only to three-putt the 17th and miss a 10-footer at the last to match McIlroy’s opening 63.

Viktor Hovland is also in a share of second after making three birdies and an eagle in a four-hole stretch on the back nine, while Mickelson and Sergio Garcia are in the group of six players four off the pace on six under.