Richard Bland turned up in Masters green, but it proved a case of Augusta agony rather than Georgia glory as he missed out on the season’s first major following his loss to Dustin Johnson at the WGC-Match Play Championship in Austin on Saturday.

Needing to beat the formidable American to earn sufficient points to clamber into the world’s top 50 when the rankings are released on Monday and trigger an invite to Augusta, the 49-year-old hoping to become the oldest professional debutant in Masters history lost his last 16 match 3&2.

Bland was the world’s 273rd-ranked player before his heartwarming victory in the British Masters last May — his first tour victory at his 478th attempt. He has built on it to the extent he stood 60th when this tournament began. 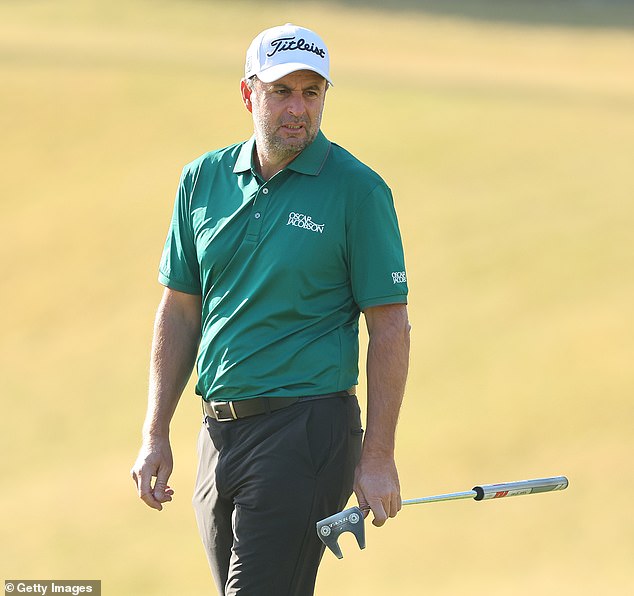 He was projected to move up another seven spots after winning a group that included Bryson DeChambeau and Lee Westwood.

He made a good start on Saturday as Johnson began wildly, leaving Bland two up after three, but the former world No 1 stepped up several gears, posting seven birdies.

‘He turned it up a notch and showed his class, that was the difference,’ said Bland. ‘I didn’t feel I had my game with me today, and it’s hard to force it in those circumstances. But I can’t be too sad, it’s been a really enjoyable week, and I think I have a few more friends in Texas.’ 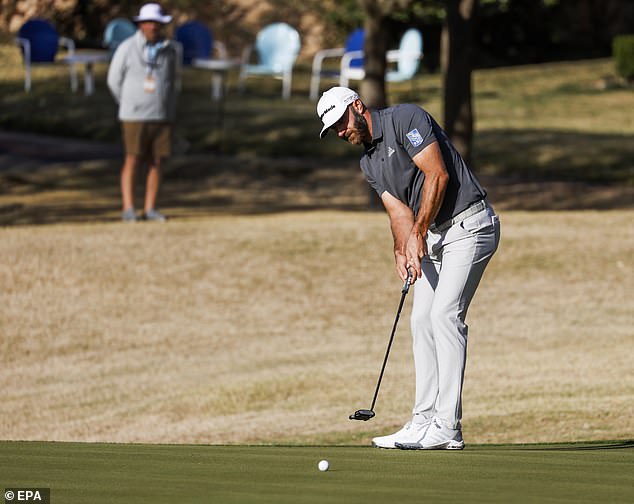 Bland acknowledged that Johnson ‘showed his class’, with the American managing to prevail

They include the tournament director at the Valero Texas Open in San Antonio, which begins on Thursday, who extended a sponsor’s invitation. It means the Masters door is not quite slammed shut.

The final spot is reserved for the winner of that event, and Bland will join Ian Poulter in trying to claim it.

As for events in Austin, the 18-hole matchplay format is the most volatile in the game, as witnessed by some remarkable scorelines. 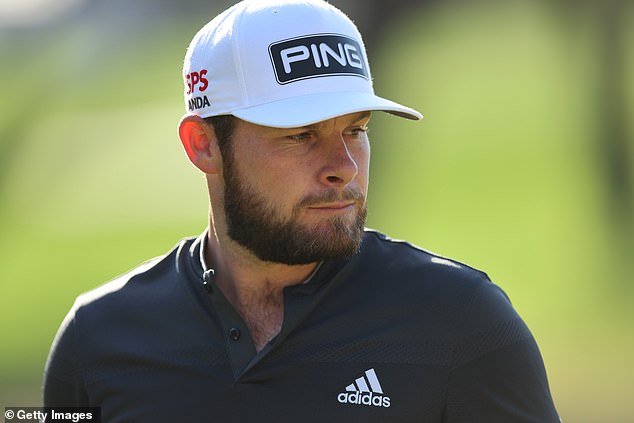 Tyrrell Hatton (pictured) was beaten by Irishman Seamus Power, who will be at the Masters

It might not have been a surprise that Abraham Ancer beat world No2 Collin Morikawa, but by a 7&6 margin? World No 1 Jon Rahm went out as well, albeit in extra holes to a revitalised Brooks Koepka.

British interest ended as Tyrrell Hatton lost out to Seamus Power, who was ranked 463rd this time last year but is now heading for the top 40 and will be making his Masters debut in 10 days at the age of 35.

He moved on to a quarter-final tie against in-form Scottie Scheffler, but the pick of the afternoon matches was undoubtedly the one between the self-proclaimed Bash brothers who seem to be finding their form at just the right time — Johnson and Koepka.