Royal Sydney Golf Club, one of the country’s most prestigious courses, has rejected the chance to host an LIV Golf event in Australia next year.

Representatives of LIV Golf chief executive Greg Norman were in Sydney last month to inspect several venues, but didn’t have access to the historic Rose Bay course, which is also in the middle of a council fight to fell trees and redevelop its greens. 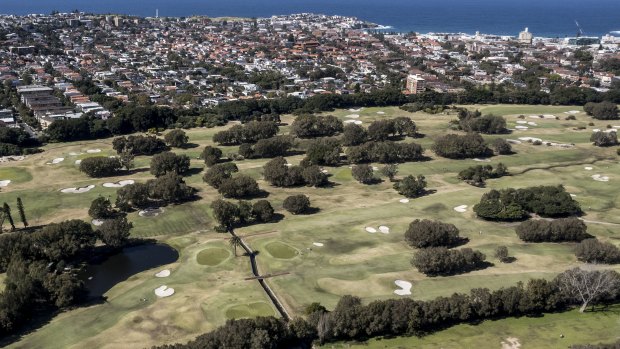 Norman is set to take his rebel tour global next year, with an Australian event pencilled in for April. Royal Sydney’s idyllic location appealed to LIV Golf given its proximity to Sydney Harbour, which would have been a striking feature of the coverage.

But sources familiar with the situation told the Herald representatives of Royal Sydney informed LIV Golf they weren’t interested in hosting a tournament.

The course would have been a perfect fit for the controversial league, which is bankrolled by the sovereign wealth fund of Saudi Arabia and has been seen as a sportswashing exercise to improve the image of the Kingdom.

Royal Sydney has previously been the backdrop for two of the most dramatic Australian Open tournaments in memory, with Jordan Spieth winning a three-man play-off against Cameron Smith and Ashley Hall in 2016 and Rory McIlroy staving off Adam Scott three years earlier.

But Royal Sydney powerbrokers were adamant they did not want to stage a LIV event, which will be the richest golf tournament held in Australia featuring 48 contracted players, among them some of the best in the world.

Royal Sydney members must be invited and pay a $30,000 fee to join the prestigious club.

Norman has tentatively planned a late April date for the first LIV foray into Australia, with a Singapore event potentially being played a week later. The Australian swing is likely to be held a fortnight after The Masters at Augusta National.

Gold Coast’s Sanctuary Cove is considered one of the frontrunners to host the LIV event, and will hold appeal given proud Queenslander and world No.2 Smith joined on a reported $140 million contract last week. He banked $1.5 million for finishing tied-fourth in his LIV debut at Boston.

Norman also sent his travelling team to a course he designed, Stonecutters Ridge, in western Sydney, away from the high-profile inner-city and eastern suburbs layouts.

Norman told Sports Illustrated last week LIV Golf was in a “really, really good, interesting position in Australia”, which has been starved of elite-level golf during the pandemic, and last hosted the Presidents Cup at Royal Melbourne in 2019.

The Open champion Smith will return home later this year to play the Australian Open and Australian PGA with the Claret Jug in tow.

The 29-year-old and fellow LIV defector Marc Leishman have been banned indefinitely by the PGA Tour after signing with Norman, who has long harboured an ambition for a global golf series which included Australia.

Adam Scott spoke publicly about LIV Golf for the first time in several months at the PGA Championship – the flagship event of the European tour, now known as the DP World Tour – at Wentworth, claiming “it doesn’t fit right now” as he seeks to shore up his position in the world’s top 50 and automatic qualification for the other three majors next year.

LIV Golf events, which are played over 54 holes with no cut, do not carry official rankings points, meaning Smith and all other contracted players will see their positions plummet in the next year.

Smith was the first player ranked inside the world’s top 10 to join LIV Golf.

Golf courses lockdown: Will golf courses have to close in England under new lockdown?