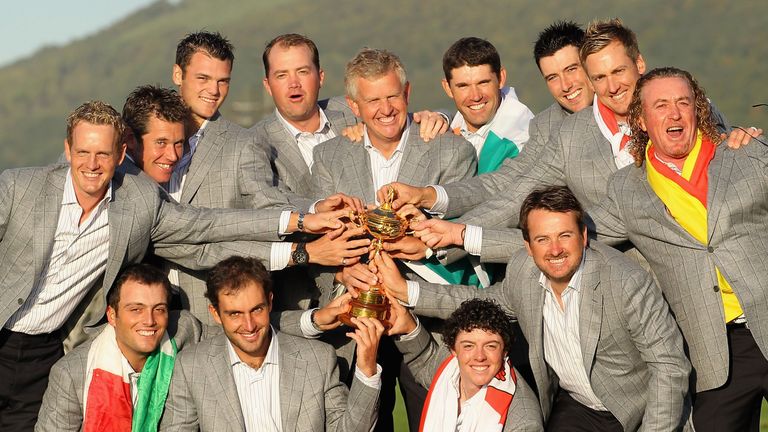 Special Watchalongs of two memorable European victories, a busy edition of The Golf Show and a host of final-round thrillers all feature on Sky Sports Golf this week.

There’s also a whole host of special moments from the golfing archives, with each day dedicated to something different and a number of iconic wins being repeated in their entirety! 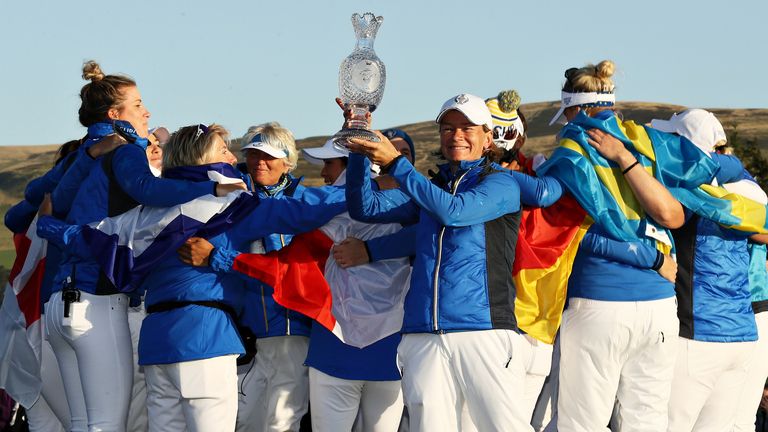 The week kicks off by remembering Europe’s most recent Solheim Cup success, with the Sunday singles repeated – in full – from 10am.

Captain Catriona Matthew and members of her winning team will then be among the special guests in a live Watchalong from 3pm, sharing their thoughts over the closing two hours of Europe’s dramatic victory.

Lee Westwood and Thomas Bjorn are among the guests on the latest edition of The Golf Show, bringing you the latest news from the golfing world from 2pm on Sky Sports Golf and Sky Sports News. 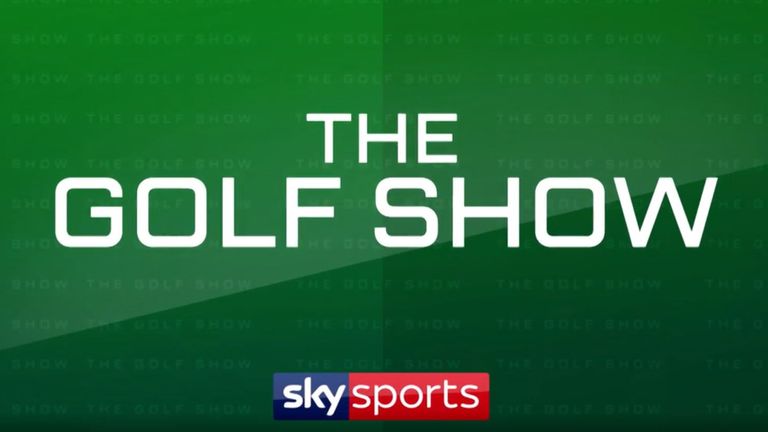 The evening then heads back to 2009 and the final round of the Irish Open, the winner of the #SkyChooseday vote, with full coverage of Shane Lowry’s remarkable victory while still an amateur.

The day is dedicated to the Nedbank Golf Challenge, with the final rounds from the last two editions of the Rolex Series event repeated in full.

Lee Westwood’s 2018 success starts at 6.30am, while Tommy Fleetwood’s dramatic victory is repeated from 12.30pm. The evening also has a new show devoted to the European Tour’s 14-Club challenge, featuring the funniest moments caught on camera.

The Wells Fargo Championship takes centre stage, with Tiger Woods’ 2007 victory and Jason Day’s last worldwide title in 2018 among the highlights featuring on the schedule. 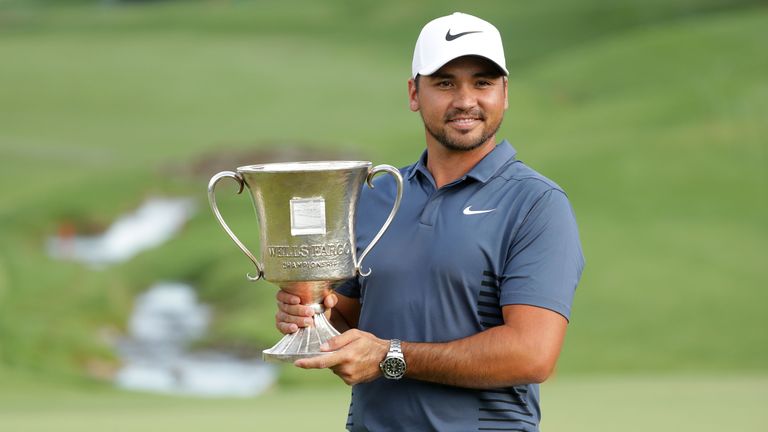 There’s also another chance to look back at Rory McIlroy’s breakthrough PGA Tour win, with full coverage of the 2010 final day being repeated from midday.

Brooks Koepka’s successful title defence of the PGA Championship last year is revisited, with the final round shown in full from 6.30am, before extended highlights from McIlroy winning the Wanamaker Trophy for a second time back in 2014.

The evening is filled with highlights from other past editions of the PGA Championship, with Phil Mickelson’s 2005 win and Woods’ triumph a year later among those covered.

The Ryder Cup weekend kicks off with a full day celebrating Europe’s most recent triumph in the biennial contest, with the Sunday singles from 2018 being repeated from 8am. Extended highlights and a behind-the-scenes documentary, One Family: 2018 Ryder Cup, also feature, while there’s another opportunity to see the ‘Perfection in Paris’ special about the win.

The Open For The Ages: Golf’s all-time greats clash at St Andrews

Inside the brutal task of just getting to the first tee at the U.S. Open