‘He has his opinion, I have mine’ – Tiger Woods on Phil Mickelson controversy

Golf legend Tiger Woods touched down at Adare Manor in Ireland in style this week, after arriving in a private helicopter. Woods is at the Irish course to compete in this week’s JP McManus Pro-Am in preparation for the Open Championship at St Andrews later this month.

The 82-time PGA Tour winner made a fairytale return to professional golf in April at the Masters, 14 months after suffering life-changing injuries in a high speed car crash. It was thought that Woods would never compete again due to the effects of the crash, but made his remarkable comeback earlier this year.

The American star suffered severe injuries to his right leg and has therefore called time on his full-time playing career, after confirming he would now only play a part-time schedule on the PGA Tour. Despite his return, his leg has still seemingly caused Woods problems, after he was seen limping off the 18th green at Augusta.

A month after his Masters return, the 15-time major champion then appeared at the PGA Championship at Southern Hills, however this week was less straightforward than his one in Georgia. Like the Masters, Woods made the cut at the second major of the year, but his week was cut short after being forced to pull out following day three due to the uncomfort of his recovering injuries. 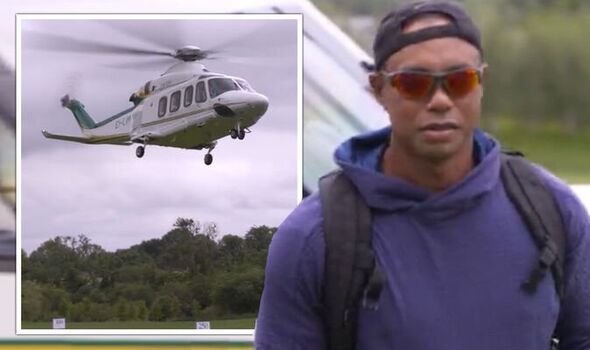 His withdrawal at Southern Hills led many questioning whether the 46-year-old would ever be fit enough to fully compete again, especially after deciding to pull out of last week’s US Open at Brookline, However, in typical Woods fashion the golfing great is back as he takes to the field in this week’s Irish-based Pro-Am event.

Woods’ return to the golf course will no doubt give the sport a much-needed rest from the Saudi League saga following a chaotic few months. The Pro-Am comes at the perfect time for the American star, as it gives him some much needed on course preparation ahead of the upcoming Open.

The 150th edition of the famous major is one Woods never wanted to miss, as he returns to the iconic setting where he won two of his Claret Jugs. Speaking at this year’s Masters, the 82-time PGA Tour winner described St Andrews as his ‘favourite golf course in the world’ ahead of his eagerly awaited return.