Tiger Woods, the iron man of golf, was reduced to tears as he waved farewell to St Andrews on Friday afternoon. Woods missed the cut by a distance after a second-round 75 which came after he had set himself the challenge of going round in 66 on day two.

His 75 left him nine over par for the tournament overall, when the cut was par, but regardless he departed a hero as the crowds rose to salute him on his final walk at the Home of Golf. He intends to play on despite the pain from the injuries sustained in a car crash last February.

However, the 46-year-old admits he has played his last competitive round at the Old Course. The Open will not return to St Andrews until 2030 by which point Woods will be 54.

“I had a few tears. I’m not one who gets very teary-eyed very often about anything. But the warmth and the ovation at 18 – it got to me,” said Woods when explaining his emotions on his way to the green on the 18th hole. 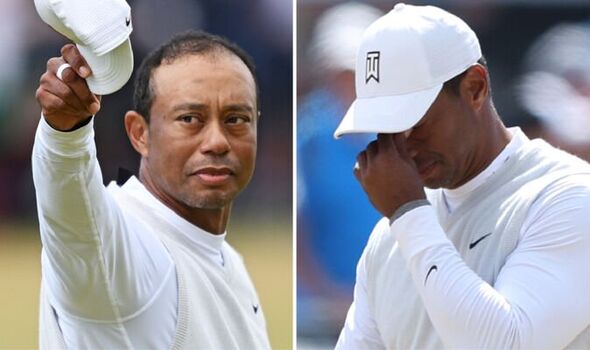 “To me it felt like this might have been my last Open here at St Andrews. I’m not retiring from the game but I don’t know if I will be physically able to play back here again when it comes back around.

“I’ll be able to play future Opens, yes, but eight years’ time, I doubt if I’ll be competitive at this level.”Australian Cameron Smith is in the driving seat heading into the weekend. 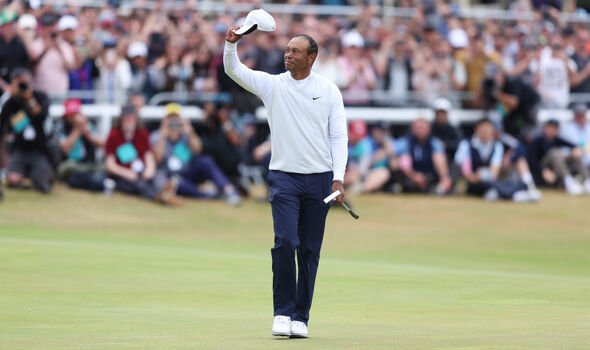 Smith enjoyed a blistering round on Friday but the second day of play at St Andrews was all about Woods’s tear-stained exit. Playing partners Matt Fitzpatrick and Max Homa hung back to let the 15-time Major winner soak up the adulation as he crossed the Swilcan Bridge and walked up the 18th alone.

“I felt the guys stop there off the tee on 18 and it was just incredible,” said Woods. “The people knew that I wasn’t going to make the cut but the ovations got louder as I was coming home.

“They understand what golf’s all about and what it takes to be an Open champion. And I’ve been lucky enough and fortunate enough to have won this twice here. It was an unbelievable feeling. It felt like the whole tournament was right there.”

The Open: Remembering when Mark Roe got disqualified from the 2003 contest at Royal St George’s