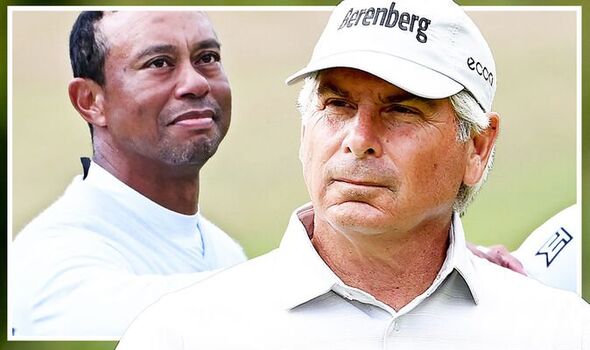 Fred Couples left golfing legend Tiger Woods flabbergasted by an elaborate prank which had the American legend thinking he would be dropped from team, only confessing after two years. Every year at the Presidents Cup a player is nominated to be dropped if their opposition suffer an injury and Couples tricked Woods into thinking the legend would be sacrificed in 2009.

Woods was less than impressed after finding out after the 2009 victory that he could have been dropped, but all was not as it seemed. He messaged Couples saying he ‘had some balls’ for being prepared to drop Woods at the peak of his powers.

It was only two years later that Couples confessed that he had swapped the names inside an envelope in an elaborate prank. “It was the 2009 Presidents Cup,” said Couples talking on a video posted on the tournament’s Twitter page. 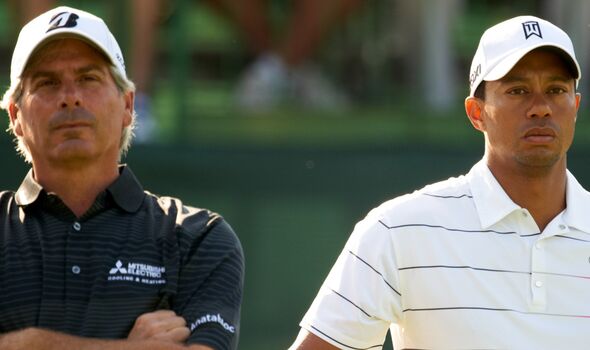 “We go on and win on Sunday night and Steve Carman comes in and he has to give the envelope back to the captain. We’re in the room hooting and hollering. He tears it open and he reads it, it’s Tiger Woods.

“The whole room went silent. They thought that I was such a clown that I put Tiger Woods in there as the guy who wouldn’t play on Sunday in case of an injury.” 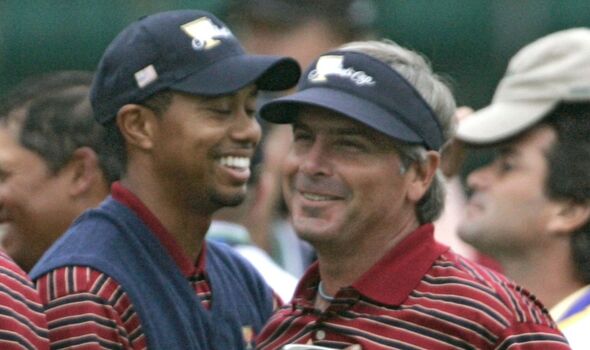 Couples, who won the Masters in 1992, also led America to three Presidents Cups as a non-playing captain and was part of the winning team three times as a player. “I didn’t tell the story for two full years,” added Couples.

“So we somehow unhooked the envelope and I took the name out of there. It was someone who was a pick and I put Tiger’s name in there. He texted me for weeks. ‘Dude you’ve got the biggest balls of anyone I’ve seen’.

“That went for years. Then I finally told the story. I took a lot of heck for it, but for two years I had everyone thinking I put Tiger Woods’ name in that envelope.”

The Match purse: How much money will Brooks Koepka, Bryson DeChambeau win?

Aussie centimetres away from new Porsche