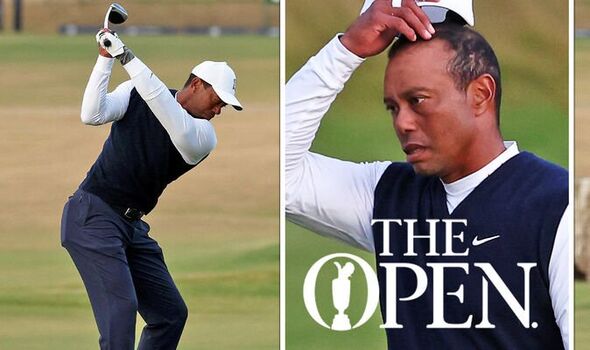 The sound of silence weighed heavily around St Andrews on Thursday as Tiger Woods marched miserably around the Old Course. The swollen crowds, piled deep for their peek at greatness, looked on awkwardly at the imposter who had taken his place.

An opening round 78 left him facing the near-certainty of a missed cut and a sad Swilcan Bridge farewell to St Andrews today. The ageing process is unforgiving for any sportsman but in Woods’s case it has been accelerated by the injuries he sustained in the California car crash 17 months ago.

He is 46 going on 66. In theory, he is eligible for another 14 more years of Open Championships but whether he wants to keep putting himself through it as an also-ran must be open to question. Woods is a thoroughbred, not a ceremonial golfer. He has always played golf to win, not just to take part. He cannot hope to compete let alone contend with the ragged golf he played on Thursday.

Physically, Woods looked in better condition after a draining six-hour slog around the St Andrews’ criss-cross than when he last played competitively at the US PGA Championship two months ago. He was able to squat down to read his putts, rather than look down uncomfortably from above.

The problem was he could not hole them – and nor could he do much else right. As a Majors-only man these days Woods has given himself an almost impossible handicap to overcome. Going in cold to the hardest tests in golf is asking for trouble even for one of the two greatest players in history and Woods got it.

St Andrews is his favourite course, one he has bent to his will in the past, but it was a stranger to him. The ovation as he was announced on the first tee was huge, dwarfing that of the British golfer who won the last Major, Matt Fitzpatrick. The galleries yearned to see some Woods magic. 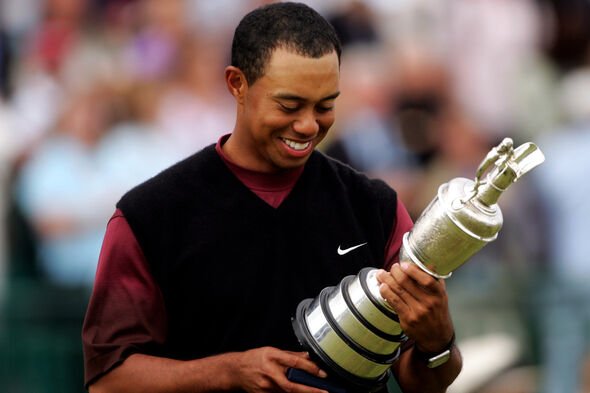 But as the rabbit stubbornly refused to emerge from the hat and the flowers that emerged from up the sleeve had wilted, it all went quiet. The man dressed as a tiger at the fifth tee watched forlornly as his struggling hero grimly approached.

From the moment Woods bumbled his approach into the burn in front of the first green the struggle was clear. It was the first of two double bogeys on a wretched front nine. The outward half was rounded off with an ironic smile as he licked his finger and marked one down after birdieing the par-four ninth from six feet.

When he backed it up at the next hole with a second birdie after a tidy chip the shoulders briefly lifted but that was as good as it got all day. The frustration came out in a monster 412-yard drive at the 14th which brought another birdie but when he gave it back at the 16th he raised his eyes heavenwards in despair.

As the cap came off in the gathering dusk at the 18th to acknowledge the sympathetic cheers, Woods looked like what he is in golfing terms. An old man.