Tiger Woods must have wished there were no television cameras as well as no fans as he lost his way completely in the second round of the Memorial Tournament.

Playing his first event for five months, all the promise shown with his opening 71 ebbed away dramatically on Friday in an error-strewn, four-over par 76 featuring no fewer than five bogeys and a double.

So out of sync were his arms and body during the middle of the round at Muirfield Village, Ohio, it inevitably led to speculation regarding his health.

Tiger Woods found movement ‘a bit of a struggle’ in second-round 76 in Ohio. 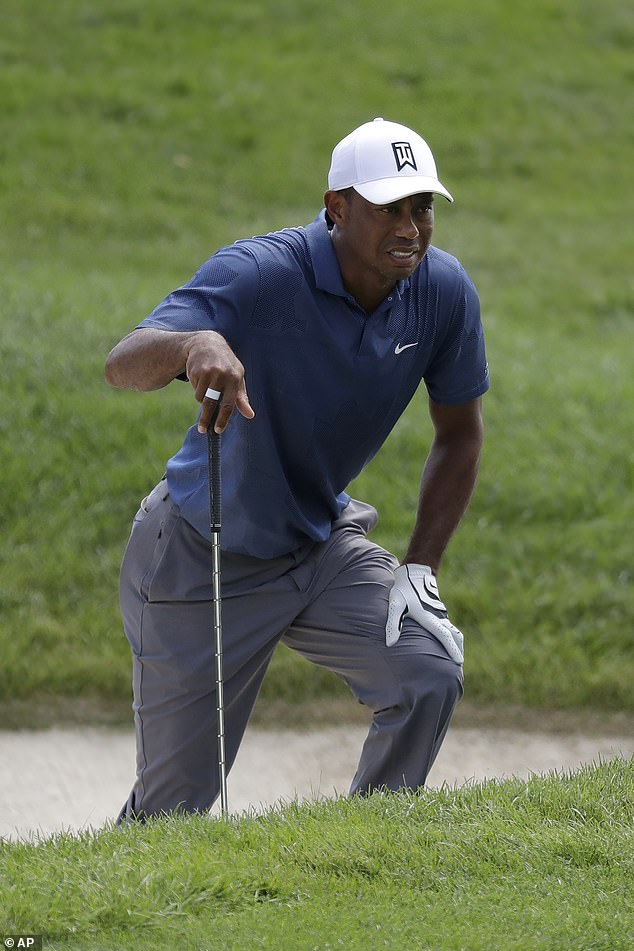 After his round, Woods confirmed he was struggling, saying he woke up feeling fine but stiffened up.

When he finished he was one shot outside the cut mark but allayed any fears of another lay-off. ‘I’d like the cut mark to move a shot, so I can play in the third round,’ he said.

He got his wish to make the weekend right on the number. 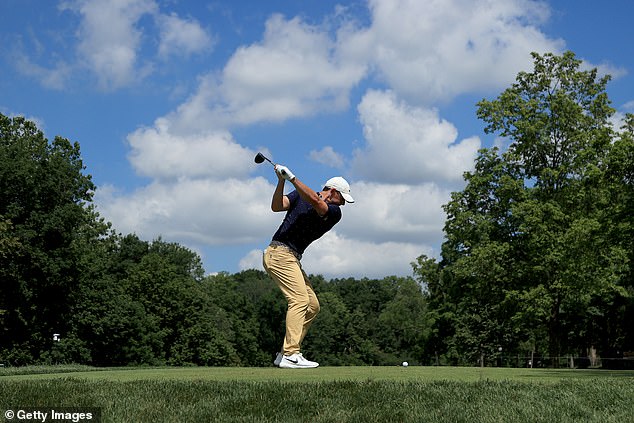 Tiger’s playing partner Rory McIlroy continues to make the sort of sloppy mistakes that were nowhere to be seen during his vintage run before lockdown — but no one can dispute his fighting spirit.

A bogey at his first hole, the 10th was followed at the 11th by a double bogey on a par five. There was another dreadful mistake at the par-four 17th, when he had a wedge in his hands for his approach.

McIlroy dug in, though, and found some momentum with a marvellous eagle at the par-five fifth, following it with a birdie at the sixth. There was still one more untidy bogey, alas, with a three-putt at the ninth. It added up to a 72 to leave him on two under.

McIlroy might find himself embroiled in an intriguing sub-plot this weekend as his position at the top of the rankings could come under threat from Jon Rahm. The 25-year-old Spaniard shot a fine 67 for an eight-under-par total that left him one stroke behind the early second round pacemaker, American Tony Finau. 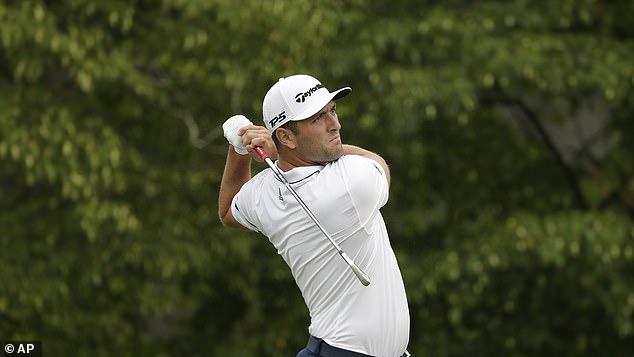 A win for Rahm, and McIlroy would need to finish runner-up to prevent the former becoming the first player from Spain since Seve Ballesteros more than 30 years ago to become world No 1. If Rahm was second, Rory would need to be inside the top 30.

The alarm bells were ringing for Tiger as early as his fourth hole, the 13th, where he had his second three-putt in four holes. No rhythm on the greens and it disappeared quickly from his long game as well as he made a mess of the relatively easy par-five 15th, tapping in for an ugly six.

His woes continued at the 17th, where he had to hole from 15 feet for a bogey, and there was no respite either on the front side. At the first, the birdie he made the previous day must have felt an age away as he ran up a double.

He finished with a couple of fighting birdies at the seventh and eighth to leave a long wait to see whether it was good enough to make the cut. In the end, it was — just.