The biggest names on the PGA Tour met in Wilmington, Delaware, on Wednesday to address the rising threat posed by LIV Golf. Tiger Woods was among those in attendance to discuss how to combat the Saud-funded rival, and the 15-time major champion is understood to have taken a hands-on approach to the matter.

The LIV Golf Series has succeeded in luring a list of PGA stars, promising significantly larger paydays but with a less hectic schedule. Anyone who participates in the breakaway league has been suspended by the PGA, with Open champion Cameron Smith reportedly next to join the exodus for a $140million (£116m) pay-off.

As a result, golf’s biggest body been forced to rethink its model and ways of modernising, with certain tournaments already handed bigger prize purses to fall closer to LIV’s offerings. Woods, 46, arrived in Wilmington ahead of this weekend’s BMW Championship in an effort to help that change, cementing his place as a champion for the under-pressure PGA.

“From what I gather, Tiger’s not flying in to try to convince anyone or stem any defections,” tweeted ‘PGA Tour insider’ Dan Rapaport. “This is a group of top players who are committed to the PGA Tour but want to tweak things, and he wants to be a part of that process while showing his support.” 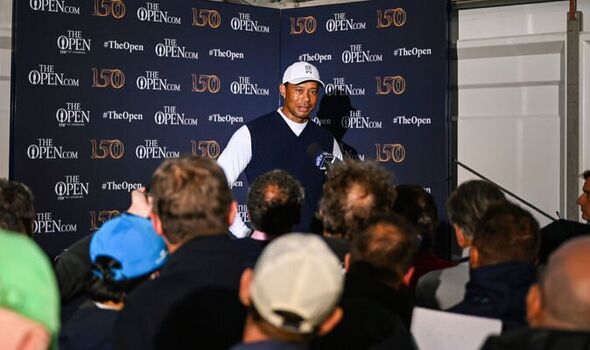 It’s understood Woods was at the head of LIV’s list in terms of recruitment priorities. Greg Norman, two-time Open-winner-turned LIV Golf Investments CEO, even revealed Woods was offered a fee “in the high nine digits”—believed to be between $700m (£581m) and $800m (£664m)—to defect.

Rory McIlroy has backed up Woods in questioning LIV Golf and its signees, once going as far to say stars are only fleeing for “boatloads of cash.” He also showed support at Wednesday’s meeting alongside his long-time friend, corroborating reports that suggested Woods was a prominent presence.

“I think it’s pretty apparent that whenever we all get in the room, there’s an alpha in there, and it’s not me,” the Northern Irishman said. Considering his reported billionaire status and a life-threatening car crash in February 2021, it would be all too simple for Woods to sail into the sunset and leave the PGA to fend for itself. 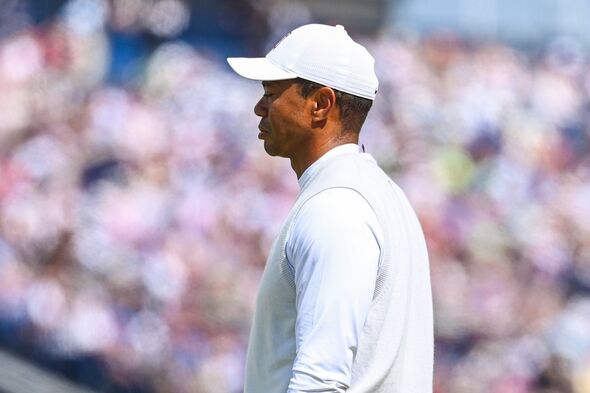 McIlroy was one of the more candid stars when asked about the meeting, its contents and the outlook moving forward. The 33-year-old gave a positive impression that PGA players were unified in their vision moving forward, commenting:  “We need to get the top guys together more often than we do.”

Bryson DeChambeau talks UFOs ahead of PGA Championship: ‘Being different? I’m used to it’