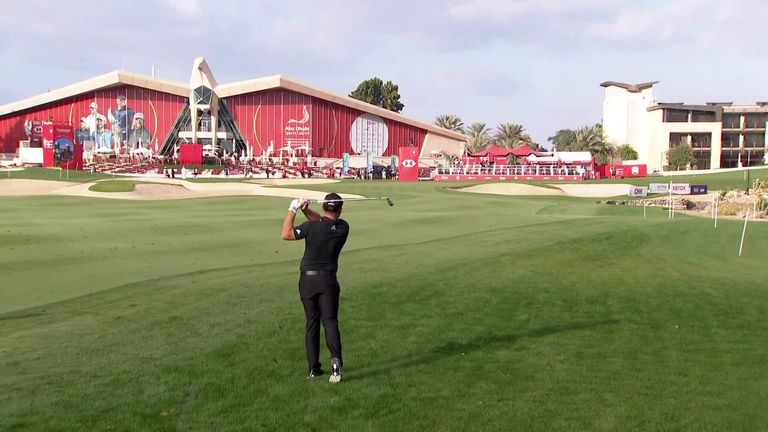 Hatton was five under for his round with five holes to complete when bad light saw play suspended just before 6pm local time (GMT), with four consecutive birdies around the turn taking him to 12 under and pulling him clear of the chasing pack in the Rolex Series event.

McIlroy failed to replicate his opening-round 64 and was one over for the day with four holes remaining, with Romain Langasque, Jason Scrivener and Jazz Janewattananond completing the quartet tied-second on seven under. 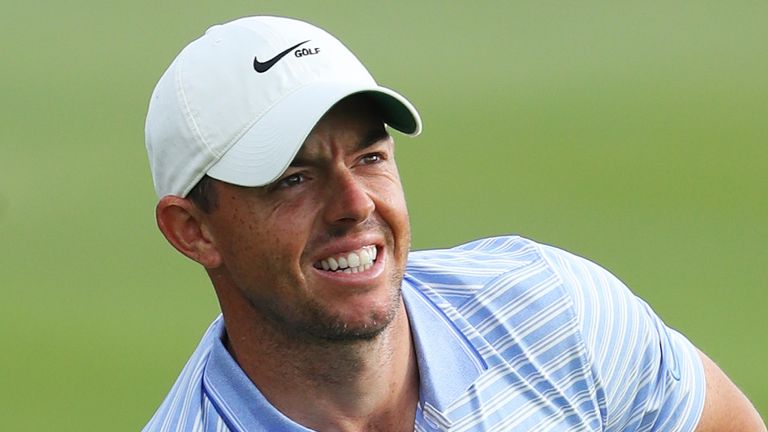 “I’m obviously in a great position at the moment,” Hatton said. “It was certainly tough out there, so I’m really happy to be five under. There was a couple of par putts toward the end of my round, so nice to hole them and keep a bit of momentum going.”

Starting the day one ahead, McIlroy rolled in a six-foot birdie at the first but failed to take advantage of the par-five next, as Hatton – playing in the group ahead – holed a 20-foot eagle at the second to move into a share of the lead.

The Northern Irishman immediately gave back his close-range birdie at the third when he failed to get up and down from a greenside bunker to save par at the par-three fourth, before racking up a double-bogey at the next after finding trees off the tee and having to punch his ball back into play.

Hatton had missed an eight-footer to save par at the third but moved two ahead with a 15-foot birdie at the seventh, with the world No 9 adding a tap-in gain at the eighth and picking up a shot at the par-four next to reach the turn in 32.

The BMW PGA champion started his back nine with a fourth consecutive birdie to pull further ahead, as McIlroy slipped further behind when he bogeyed the par-five tenth and dropped another shot at the 13th. Hatton holed a six-footer to save par at the 13th under fading light to stay at 12 under, with his lead increasing to five when Langasque dropped a shot at the 16th to fall back into the share of second, while McIlroy made a 25-footer at the 14th to get back to seven under and will return to a 20-foot birdie opportunity on Saturday morning.

A bogey-free 67 lifted Tommy Fleetwood inside the top-10 and Matt Wallace is six off the pace with six holes to play, while all of the afternoon starters will return early on Saturday morning – as a result of Thursday’s fog delay – to finish off their second rounds.

World No 3 Justin Thomas, playing alongside McIlroy, was two under for his round after 14 holes, with defending champion Lee Westwood back to three under for the week after back-to-back bogeys on his last final two holes of the day.

Play will resume at 7.30am local time on Saturday (3.30am GMT), with a two-tee start in operation for the third round and players going off in threeballs.

Watch the Abu Dhabi HSBC Championship throughout the weekend live on Sky Sports. Live coverage continues on Saturday from 8am on Sky Sports Golf.

The Masters: Butch Harmon on similarities with Bryson DeChambeau plan and a young Tiger Woods