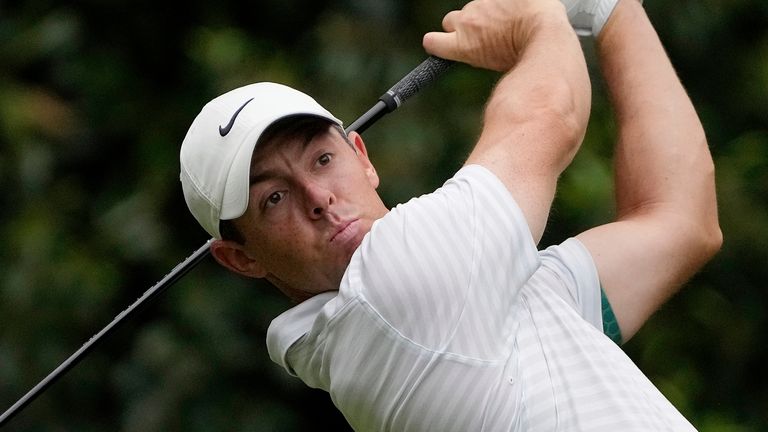 Mitchell fired a bogey-free 66 to hit the front on nine under, with McIlroy carding a 68 blighted by a double-bogey six at the 12th shortly after he had claimed the outright lead on one of his favourite tracks.

Gary Woodland is alongside McIlroy on seven under, while overnight co-leader Matt Wallace struggled to a 73 to slip five shots off the pace with Viktor Hovland, Patrick Reed and Jason Dufner.

Mitchell emerged as the surprise 54-hole leader, the powerful 29-year-old making three birdies in four holes around the turn before picking up further shots at the 14th and 16th to put himself in prime position to land a second PGA Tour title. 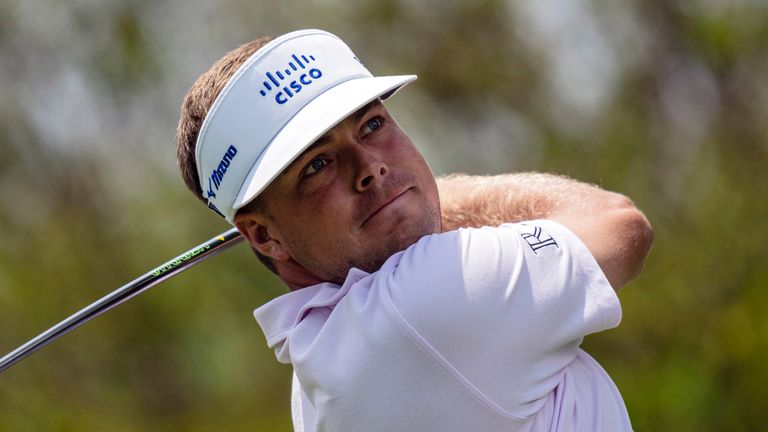 He made his breakthrough in the Honda Classic at PGA National over two years ago, and he admitted he often produces his best form on the tougher layouts on Tour, with Quail Hollow presenting a similar test to a major championship this week.

“Some golf courses on the PGA Tour, you can hit bad shots, get away with it and still try to make birdie. You can’t do that here. I think that’s a true test of golf. I don’t think golf would be fun if every course was like this, but I just feel more comfortable around a tougher course.

“Sometimes your good shot is 25 feet from the hole and some holes you can go for birdie. It’s not like every hole you can attack, you have to be very precise.”

Mitchell now faces the prospect of playing with McIlroy in competition for the first time, and the two-time champion was not letting his mistake on the 12th ruin his mood as he bids for a hat-trick of victories in Charlotte.

McIlroy was on target with the putter early on, holing an impossibly-quick putt from 25 feet for birdie at the third and adding another from 15 feet at the next, and back-to-back birdies at seven and eight sent him into the outright lead.

The world No 15 then undid much of his early good work with a “double-cross” off the tee at the 12th, where he pulled a driver into the trees, could not reach the fairway with his pitch-out, gouged a wedge onto the green and then three-putted from 85 feet.

McIlroy faced another test of resolve on the next green, which he passed with a confident eight-foot putt for par, and a nice pitch to similar range at the long 15th set up his lone birdie of the back nine, although he did mid-read a good chance on the 17th.

Woodland mixed four birdies with three bogeys in a 70 as he tied McIlroy on seven under, with Luke List racing to six under when he reeled off three consecutive birdies at 15, 16 and 17 to card a 68. Hovland had made the most significant move of the early starters, the young Norwegian carding four birdies in five holes around the turn only for his momentum to stall with back-to-back bogeys and another error at 16.

He had to settle for a 68 while Reed recovered from a bogey at the first to return a 69, and Wallace did well to get back to four under after stumbling to the turn in 39 before birdies at 14 and 15 salvaged a respectable 73.