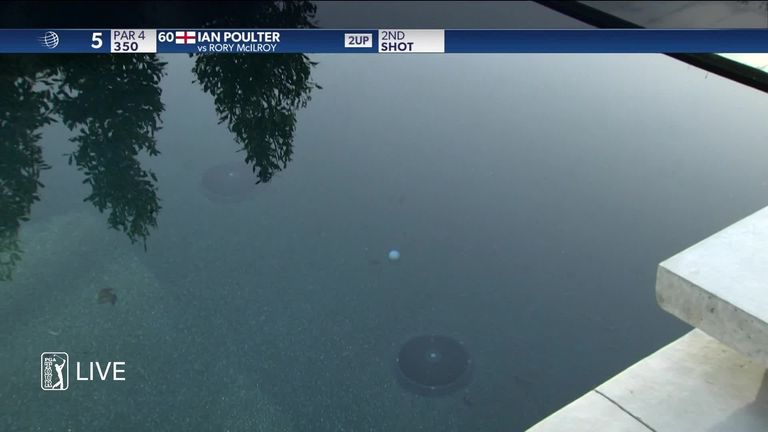 Rory McIlroy’s much-publicised swing struggles were highlighted during a nightmare start to his week at the WGC-Dell Technologies Match Play.

The four-time major champion has difficulties with his swing since developing flaws during “speed training” sessions last autumn, with McIlroy linking up with renowned coach Pete Cowen ahead of this week’s event to try and rectify the issues.

McIlroy faced Ian Poulter in the opening group match of the round-robin format, where he lost the opening hole with a par and fell further behind with a three-putt bogey from 15 feet at the fourth. The Northern Irishman’s fortune went from bad to worse at the fifth as he sprayed his tee shot way left of the fairway and out of bounds, with his ball finishing at the bottom of a swimming pool at the back of the garden in a nearby house!

McIlroy had to reload off the tee and eventually found the green with his fourth shot, as Poulter made a tap-in par to win the hole and move three ahead after just five holes.

Watch McIlroy hit his ball into a swimming pool!

Ryder Cup 2020 set to be postponed due to coronavirus pandemic

Adam Sandler has entered the Will Zalatoris-Masters chat