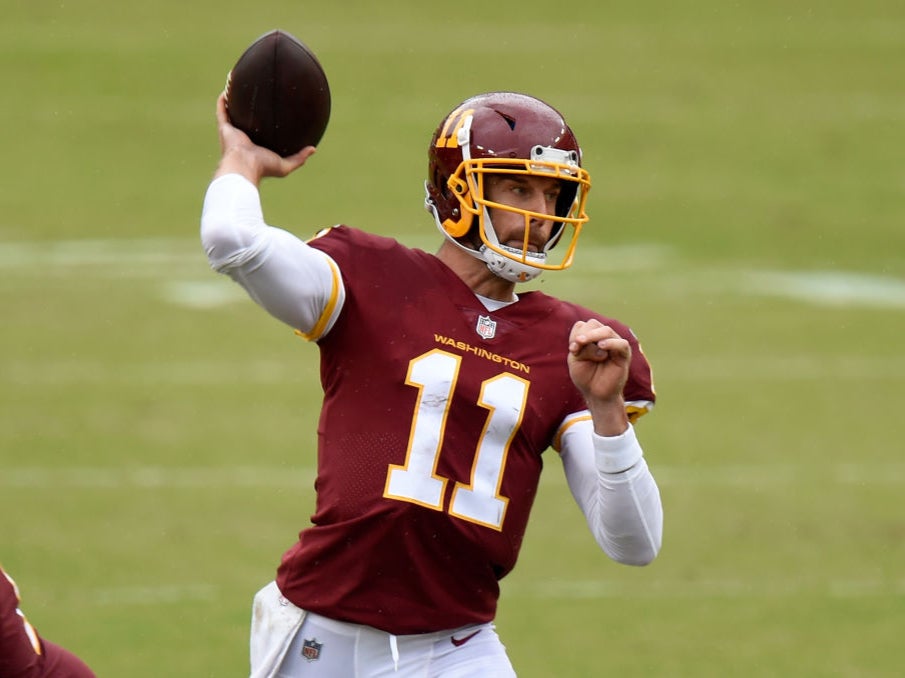 On November 18th 2018, Smith was sacked hard by Houston defenders Kareem Jackson and J.J. Watt, suffering a horrific spinal and compound fracture to his tibia and fibula in his right leg.

The injury drew haunting parallels to former Washington quarterback Joe Theismann, who was also 34 years of age when he too broke his leg. Another eerie comparison is that that incident occurred 33 years to the day before Smith’s injury – and Theismann was never able to return to the field again, retiring shortly after.

After the initial surgery kept him in hospital for an entire month, Smith suffered life-threatening necrotising fasciitis which resulted in sepsis that required 17 surgeries across four separate hospital stays over nine months.

Amputation from above the knee was suggested as his only option before a crucial operation transferring muscle from his left quadriceps saved his right leg.

From then on, the rehabilitation continued as Smith slowly gained his strength back.

After being cleared to play by his doctors, he was added to the ‘physically unable to perform’ list to begin training camp this summer before being fully activated to the main roster on 16 August 2020.

Although this was an incredible feat, it seemed unlikely that Smith would actually take to the field as he was the third-string quarterback behind starting sophomore Dwayne Haskins and free agency signing Kyle Allen.

However, on 11 October against the Rams, Haskins was officially benched due to his erratic play and Allen was hit hard before half time, knocking him out of the game.

Finally, 693 days removed from his injury against the Texans, Smith got his chance to return to NFL action.

Fans of the sport from around the world were collectively holding their breath as Smith took to the field, and the few fans that were present in the stadium cheered as he completed a pass to J.D. McKissic on his first play. 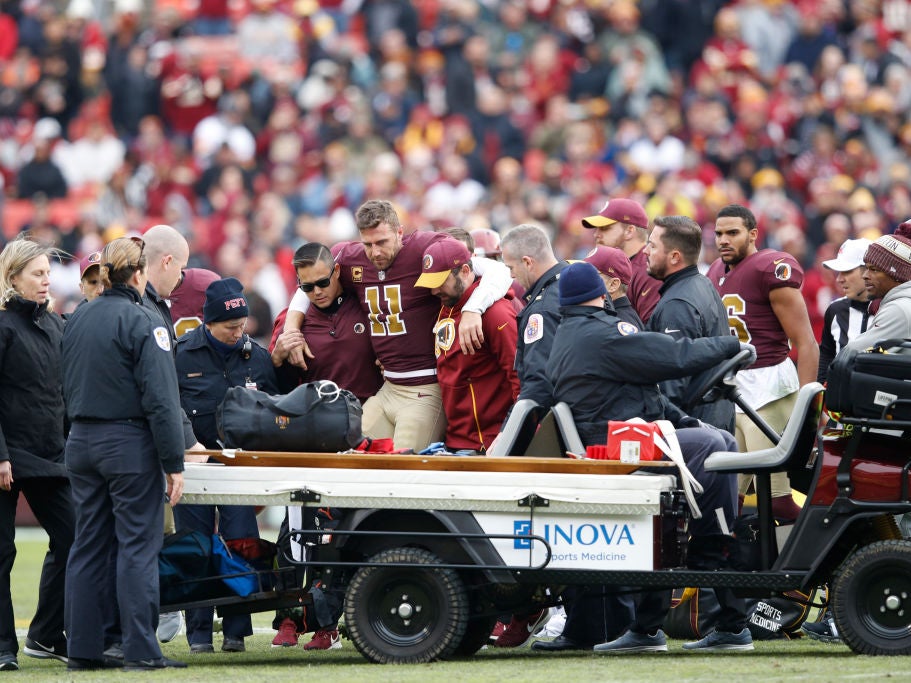 His family were present in the stadium, and Smith’s wife Elizabeth stood and cheered as the 36-year old made his unlikely return.

Smith took six sacks from the ruthless Los Angeles defensive line, including three from two-time Defensive Player of the Year Aaron Donald, but he got up each time and finished the game.

No matter what has happened to Alex Smith, he has always found a way to get back up.

Smith said: “I’d be lying if I was saying there weren’t a lot of days when I didn’t think it was going to happen.

“I always felt when I had my darkest moments, there was always something around the corner that happened that I kept kind of plugging along and all of a sudden I made a big gain or a big step or something clicked.”

Smith didn’t exactly light up the stat sheet on his return, throwing nine completions on 53 per cent passing for just 37 yards. However, his mere presence on the football field is surely enough to put him in the conversation for Comeback Player of the Year – not many players in league history can say they have overcome as much adversity as Smith has had in the last two years.

His opposition on Sunday was full of praise, with Rams quarterback Jared Goff claiming that Smith’s recovery and return is one of the most amazing things ever seen in football.

“I will be able to tell people forever that I watched that.” Goff said.

Alex Smith may not get much more game time in 2020, as Kyle Allen remains Ron Rivera’s starting quarterback for the time being, having familiarised himself with his system while together in Carolina. However, just being in this position is enough – and if anyone is prepared to overcome an obstacle, Alex Smith is.